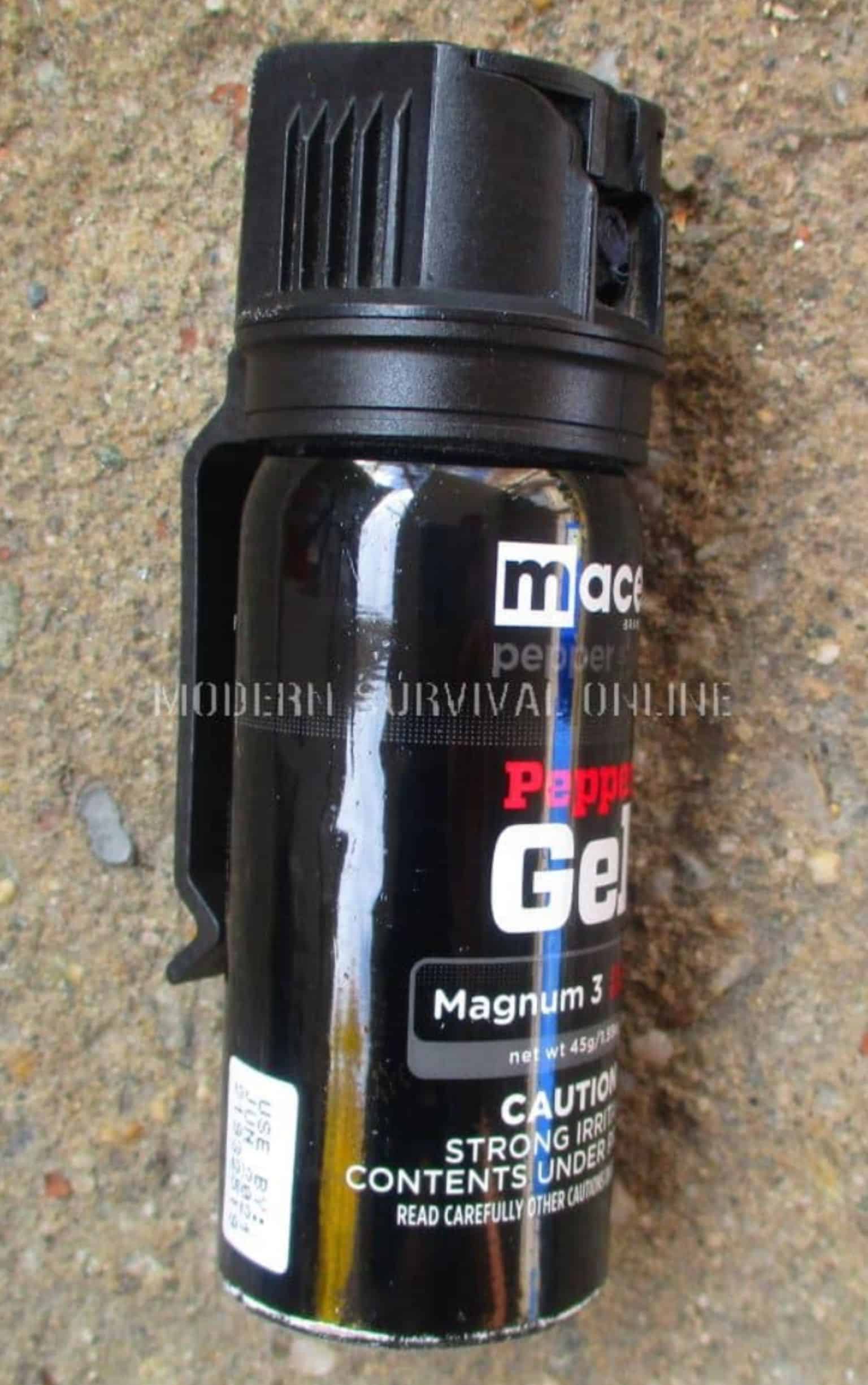 In America, plenty of people carry guns and knives for self-defense but there is little attention paid to humble pepper spray.

That is a major mistake, since pepper spray is highly effective, and one of the only ranged less than lethal tools that citizens have easy access to. And perhaps best of all, pepper spray is legal in all 50 US states.

However, each state has its own laws governing pepper spray, and some are more restrictive than others.

You’ll definitely want to stay on the right side of the law anytime you are talking about self-defense, so today we are bringing you this primer it will tell you everything you need to know about carrying and using pepper spray, as well as links to a thorough overview for each state’s pepper spray laws.

Where is Pepper Spray Legal?

Pepper spray is completely legal in the United States, in one form or another, both according to federal law and to the laws of all 50 states.

Now, as you might expect state laws do vary, and a certain formula or size of canister that is legal in one state might not be legal in another.

Generally, pepper spray laws are not too complicated from state to state, but it pays to stay on top of them to avoid any confusion and possible charges or fines. For more details, you can read the dedicated pepper spray laws articles by clicking the highlighted states from the following table

Is it Illegal to Walk Around with Pepper Spray?

No. It is entirely legal to carry pepper spray openly virtually everywhere. You can keep a can of pepper spray clipped onto your belt, a purse strap, or on a keychain.

This fact alone makes pepper spray worthy of consideration as a defensive weapon. It is possible to have pepper spray close at hand and instantly accessible without violating the law or raising too many eyebrows.

Certainly compared to guns or knives, a visible can of pepper spray is innocuous, and looks almost harmless.

This is a level of social acceptability that you just won’t get for more serious weapons, even in places and in states where open carry is legally permissible.

Is it Illegal to Conceal Carry Pepper Spray?

No. Pepper spray can be concealed even in places where other concealed weapons are forbidden or regulated.

You can toss pepper spray into a piece of luggage, put it in your pocket, keep it inside a jacket or inside a compartment of your vehicle at your discretion.

So long as the type and size of spray that you are carrying is legal in the jurisdiction where you are, you rarely, if ever, have to spare a thought toward the legality of concealing it.

Most times, keeping a weapon of any kind out of sight is the very best policy, minimizing your disturbance of others around you while drawing the least possible attention, and affording you the potential element of surprise against your attacker if and when you are attacked.

Are Pepper Sprays, Foams and Gels all Legal?

Usually. Though pepper spray is something of a catch-all term, it also describes a particular mode or medium for dispensing spray, in this case as a fine aerosol mist or stream.

However, you should know that pepper spray comes in other forms for specific applications or preferences.

Foams are one popular option, providing a little bit of extra and breezy conditions while also minimizing the chances of cross-contamination or splashback at the cost of overall effectiveness.

Gels are another option, although one that is decidedly less popular, but they have an advantage in bucking the wind, like foams, and also help to prevent splashback. Either can work well when in an area that is crowded with other people.

But, don’t assume that just because pepper spray is legal in an area, all types are likewise legal. Some states don’t allow foam or gel, restricting citizens to carrying aerosol only!

Can I Pepper Spray Someone if they Threaten Me?

Not necessarily. Just because pepper spray is a less than lethal defensive tool does not mean you can use it against people for any insult or trespass against you.

Pepper spray must only be used in cases of legitimate need of self-defense. You should never, ever use pepper spray to settle an argument, against someone who has insulted you over any sort of practical joke or mischief.

Most states have serious penalties for people who criminally misuse pepper spray!

What is Considered Self-Defense?

To further explain the concept, self-defense is only justifiable in the eyes of the law when a person reasonably believes that the force is necessary to prevent the imminent use of unlawful force against them, and the defensive force is proportional to the threat they face.

Even though pepper sprays typically do not inflict any serious or lasting injuries, they are usually considered adequate and proportional for responding to physical threats of violence, e.g. being punched, kicked, pushed or having someone invade your personal space in a threatening manner.

What is the Strongest Pepper Spray Allowed by Law?

Most states do not have any law restricting the potency or strength of a pepper spray that you are allowed to carry, although a few do.

Generally, the defining characteristic of a pepper spray is that it inflicts no serious injury and no truly lasting harm. It is hideously painful, sure, but the pain will subside over time.

So long as a pepper spray meets this criteria and the rest of a state’s criteria for civilian use, you won’t have any issues.

Can You Go to Jail for Pepper Spraying Someone?

Yes, you can! Pepper spraying someone as a prank, in response to verbal harassment, to win an argument or for any other silly or petty reason is definitely going to land you in jail.

The charges associated with such an act vary from state to state, but some states will charge such an action as a felony. You have been warned!

Something else to keep in mind is that even in clear-cut cases of self-defense you are unlikely to be cleared of wrongdoing at the scene, and police will almost certainly detain you and might take you to jail until things get figured out.

For this reason, you should talk over such an eventuality with your family attorney, or with an attorney that is fluent in dealing with cases of self-defense so you’ll know how to react and how to handle it.

Are Pepper Spray and Tear Gas the Same Thing?

No. You might hear the terms pepper spray and tear gas used interchangeably, and throughout our law series on this subject you’ll see the term self-defense spray or defensive spray pop up.

Are these all just synonyms? Not exactly: Though pepper spray is used as a catch-all term much of the time to describe self-defense sprays, the actual chemical composition of these sprays can vary greatly, and have varying levels of effects to say nothing of legality from state to state.