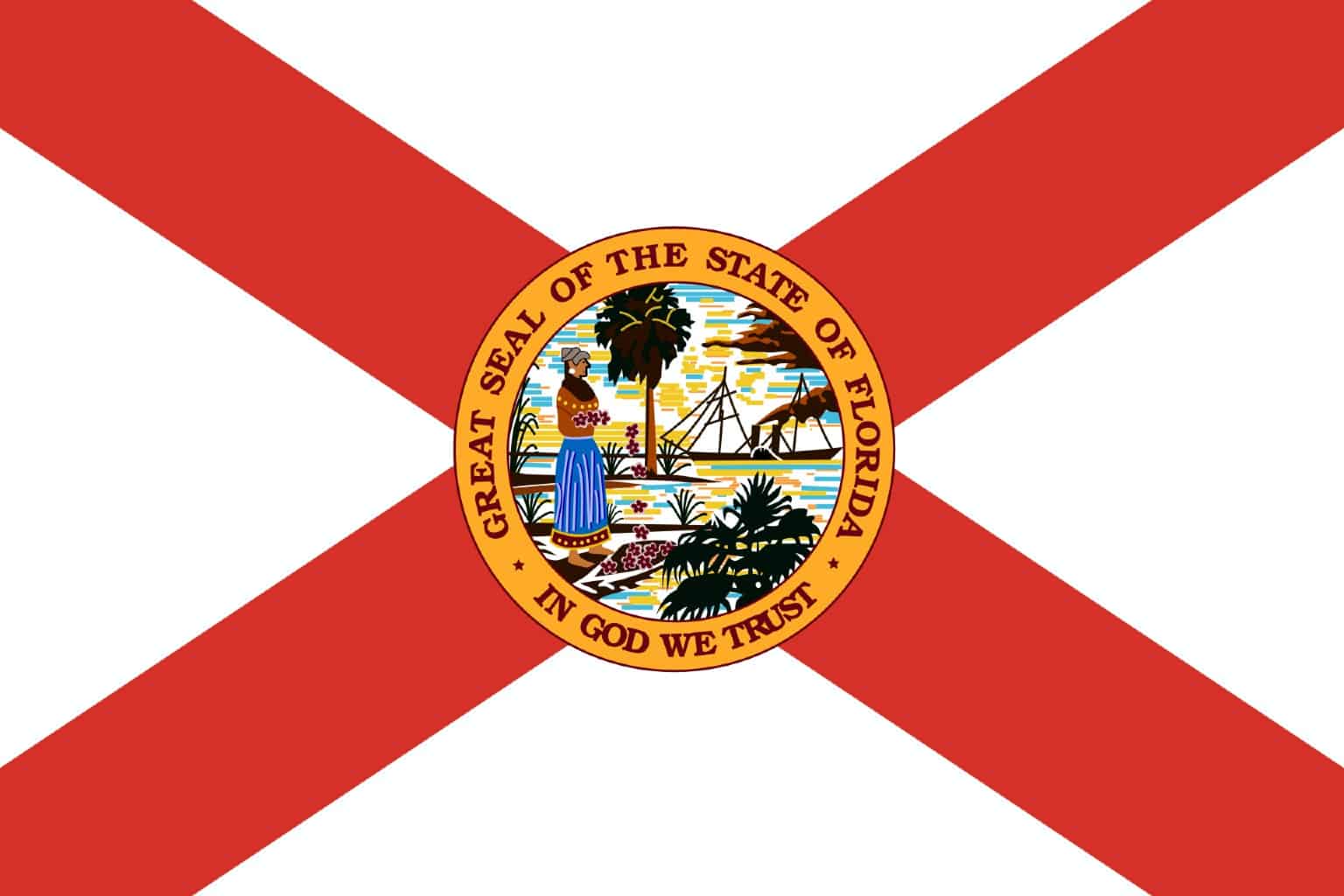 Although the State of Florida is better known for its excellent firearms laws, it is also quite generous when it comes to allowing citizens unfettered access to pepper spray and other defensive sprays. That’s why it’s important to know your state’s laws on pepper sprays.

Since pepper spray is one of the very best civilian self-defense tools available, it makes sense to add this to your daily carry repertoire.

Florida does, however, impose a restriction on the capacity of a pepper spray device that a citizen may carry, openly or concealed, but it is generally more than enough to deal with any conceivable self-defense problem. You can learn more about Florida’s pepper spray laws in the rest of this article.

We will explore all of these concepts in more detail below.

Can You Legally Carry Pepper Spray in Florida?

Yes. Pepper spray and other self-defense sprays are completely legal to carry in Florida, openly or concealed, and you don’t need to have a concealed weapons permit or any other special permission to do so. This also applies to carrying pepper spray in your vehicle.

Florida State statutes 790.01 and 790.053 specifically outline that the carrying of concealed pepper spray is not a crime, and open carry of pepper spray is likewise legal.

The specific excerpts in question are included below for your convenience, but it is in your best interest to look up the full letter of the law and read it for yourself.

(3) This section does not apply to:

(b) A person who carries for purposes of lawful self-defense, in a concealed manner:

(2) A person may openly carry, for purposes of lawful self-defense:

(a) A self-defense chemical spray.

How Much Pepper Spray Can You Carry in Florida?

2 ounces in a single container or dispenser. Florida has a reputation for being extremely permissive when it comes to weapons in the hands of civilians and is broadly considered to be a state that is staunchly pro-defense when it comes to citizens taking on criminal predators.

It is somewhat curious, then, that Florida does have a capacity restriction when it comes to pepper spray of any formulation.

The max you can have on your person and it still qualifies as a self-defense spray is 2 ounces.

Although this is fairly generous compared to other states that have capacity restrictions on sprays, it is still something of a head-scratcher, and more is always better when dealing with a tough, motivated, or drug-addled attacker, or multiple attackers.

This capacity restriction is specifically mentioned in 790.001, definitions, attached as an exception to the definition of tear gas guns and chemical weapons.

In short, if your pepper spray or tear gas dispenser contains more than 2 ounces of spray, it no longer meets the definition of self-defense chemical spray, with everything that entails.

What Pepper Spray Formulas are Legal in Florida?

All common defensive spray formulations are legal in Florida, including pepper spray, tear gas, and blends of both types of ingredients.

This means that any spray you buy from a reputable manufacturer is probably going to be fine, but the defining metric for all of these sprays is that they are designed to be explicitly non-lethal, and furthermore will not inflict any major injury or lasting harm upon the target when used as directed.

you might be taking a chance if you purchase a pepper spray canister or some other kind of defensive spray from a vendor with a dodgy reputation or if you try to brew your own at home for use.

Don’t do it. Spend a few extra dollars and get a high-quality unit from a respected maker.

When Can You Legally Use Pepper Spray in Florida?

Now, the trick with defensive force is that the force you use to protect yourself or someone else must be proportional to the level of unlawful force being threatened against you.

For instance, if someone is threatening to punch you or push you whipping out a gun and shooting them would not be proportional to the threat you face.

On the other hand, pepper spraying them would likely be proportional in the eyes of the law.

It is always best to avoid using any kind of force if you can, including pepper spray, but if you are forced to protect yourself the use of pepper spray or tear gas is generally considered minimal force and almost all cases.

That being said, always think twice before deploying your pepper spray if it can be avoided: the misuse of force or the unlawful use of any weapon, including pepper spray, can entail some serious charges in the State of Florida.

What is the strongest pepper spray you can carry in Florida?

Florida has no restrictions concerning the potency or overall level of strength for any defensive spray.

So long as the spray is designed to be non-lethal and does not leave any lasting injuries in normal use it is legal, whether it is tear gas or pepper spray.

Again, the proof is in the pudding, as they say, so you only want to use sprays marketed by respected manufacturers of such products to avoid any unnecessary legal entanglements.

Yes, quite possibly, even if you were justified in spraying them in self-defense. And all about the rarest cases, you will not be cleared at the scene of a self-defense encounter.

Police tend to make arrests and sort out the situation later. Expect to go to jail, even if only temporarily, in the aftermath of an encounter.

For this reason, you should have a contingency plan for this and talk it over with your family attorney or a qualified self-defense attorney.

If you ever misuse pepper spray in the state of Florida, spraying someone to settle an argument or as a joke, you can definitely expect to go to jail.

No. Pepper sprays and other defensive sprays are specifically defined as something other than deadly weapons in the State of Florida.