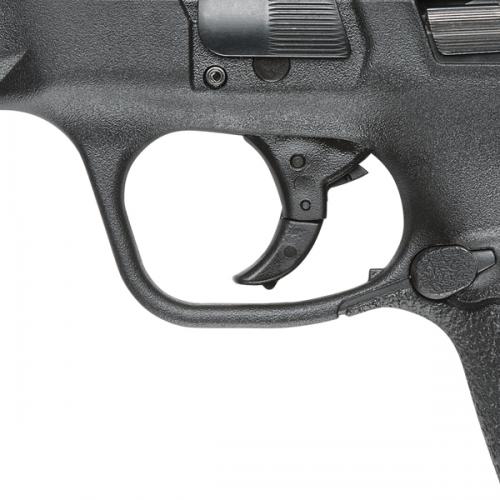 While there is no such thing as the ‘perfect carry gun,’ there’s also no denying that some guns are better for concealed carry than others. When searching for a concealed carry gun, you obviously want to look for a pistol that is small and slim enough to keep hidden. But you also want to have a pistol that is comfortable to shoot and offers enough power for self-defense. The wide variety of 9mm single stack pistol on the market now is slim and compact enough to conceal, while also offering more power than a .32 or a .380.

That’s not to say that a 9mm single stack doesn’t come without limitations. While they are slim, the trade off is less ammunition in the magazine. And while a 9mm is certainly more powerful than a .380, it lacks the extra punch of the .40 S&W or the .45 ACP.

Your concealed carry weapon must be comfortable to carry, accurate, and utterly reliable. While only you can decide what’s comfortable to shoot or carry for yourself, each of the single stack 9mm’s that we’re about to review set the bar high when it comes to accuracy and reliability.

When the Glock 42 in .380 ACP was released, it caused quite a stir since it was the first time Glock had entered the .380 pocket carry market. But while many people praised the G42, others felt that it should have been chambered in 9mm.

Glock listened and released the G43 right after. The G43 essentially resembles a Glock 19 that’s been shrunk and slimmed down. In other words, it looks like a classic Glock clear and through, only smaller and thinner.

The G43 is also slightly smaller than the other 9mm single stacks on this list. Total dimensions are 1.2 inches wide, 4.25 inches high, and 6.25 inches long. Total weight of the gun is just eighteen ounces when unloaded. Out of all the pistols on this list, the G43 is probably the only one you could consider for a pocket carry gun.

As the G43 is a Glock, it’s very accurate and reliable. Glock was the company that made polymer framed striker fired pistols popular in the first place. If the 60% of U.S police departments who carry Glock models can trust them, so can you. The G43 is no exception as reliability testing of the weapon has been stellar.

If there’s a downside to the G43, it’s the price. Expect to pay anywhere from $450 to $550 for one. Part of this is due to the high popularity of the gun and the law of supply and demand. So, if you’re on a budget, you may want to keep searching.

The Ruger LC9 is a gun that has evolved over the years. It began as just the Ruger ‘LC9’ in 2011. While it received acclaim for its slim profile, it still suffered from an exceptionally long and gritty trigger pull. This was primarily because the LC9 was a hammer-fired pistol in an incredibly small package. Ruger remedied this issue by producing the Ruger LC9s, a striker-fired version of the LC9 with a much-improved trigger pull.

Still, the LC9s still needed some improvements. People complained about the fact that it had a magazine disconnect safety (meaning the gun cannot fire without the magazine fully inserted), as well as an external safety on the frame. Ruger removed these things, and the result was the LC9s Pro that we have today. It’s one of the best 9mm single stacks you can buy.

The LC9s Pro is exceptionally durable. Ruger has come to be known for durability, thanks to an alloy steel slide and barrel with a glass-filled nylon frame. Width on the weapon is just 0.9 inches, which is even less than the Glock 43.

The LC9s Pro comes standard with a seven-round magazine, but a nine-round extended magazine with a longer base plate is available as well. As with the G43, it would be wise to carry the smaller magazine in the gun for carry and then keep the longer magazine as your spare. The LC9s also has the trigger safety mechanism like Glock. The trigger cannot be pulled unless a smaller lever attached to the front of the trigger is pulled as well.

Another advantage to the LC9s Pro is the price. While it shouldn’t be considered a ‘budget gun’ per se, purchase price is around the $350 – $375 range, which is slightly cheaper than some of the other pistols on this list.

Even though it’s only been out for four years now, the Smith & Wesson Shield has already become a legendary gun in the firearms world. It’s essentially Smith & Wesson’s popular and proven M&P pistol, slimmed down for concealed carry. In addition to 9mm, the Shield is also available in .40 S&W.

There are several factors that make the Smith & Wesson Shield one of the top 9mm single stacks for your consideration. It’s been proven to be completely reliable and accurate. It’s essentially a slimmed down M&P. Numerous individual tests of the Shield have confirmed accuracy and reliability.

The Shield also sports a relatively smooth six-and-a-half-pound trigger, with easy to see white three dot sights. The total width of the Shield is 0.9 inches, with a length of just over six inches. The Shield ships with both a seven-round magazine and an extended eight-round magazine. The slide is machined out of stainless steel and then further coated in Smith & Wesson’s usual Malanite finish, so the Shield is very resistant to both rust and corrosion.

The Shield is too big for pocket carry, at least for most people. But it’s perfectly at home inside the waistband, where its slim profile will carry nicely. The Shield can be found anywhere from the $375 to $425 range.

If you’re on a budget but still desire a reliable 9mm single stack pistol for concealed carry, you’ll want to give a serious look at the Taurus 709 Slim. Taurus is known for making guns for the budget minded. While they have had a spotty reputation in years past, they have recently undergone a major renovation period. The result is their guns are now competitive quality-wise with other major manufacturers.

The 709 is less than an inch wide and has a length of just over six inches. When empty, the 709 weighs just nineteen ounces, which is comparable to the other guns on this list. It’s the cheapest pistol on this list (you can buy the 709 for around $250). It still comes with all of the features you would expect on a higher priced pistol, such as good ergonomics and loaded chamber indicator.

Unlike the other pistols on this list, the 709 comes standard with a thumb safety on the frame, like a 1911. While it’s convenient to engage, and disengage, some people may not like having to deal with a manual safety on their personal defense pistol.

There is still one specific feature of the 709 that warranted its inclusion on this list. It has repeat strike capability. This means that if you pull the trigger on a loaded chamber, but the gun doesn’t fire, you can simply pull the trigger again to try and get the round to fire. In contrast to this, with each of the other pistols on this list, you would have to eject the round manually before firing again. This feature could ultimately save your life if you need to shoot now but don’t have the time or can’t manually rack the pistol.

As with all Taurus guns, the 709 comes installed with Taurus’s Security System. A small mechanism is located on the top right side of the slide. When you insert a key, that ships with the 709, into the mechanism and rotate it, the gun will be unable to fire. If you have small children and they somehow find your gun, this option provides added protection against accidental discharge.

While the original PPS is an excellent weapon with superb reliability, it still had some faults that needed to be corrected. Most notable was the fact that if the back strap was removed, the gun is unable to fire. This could prove fatal in a fight if your gun is knocked away and the back strap disengaged from the grip. And while not necessarily a ‘fault’ but more of a preference issue, many American shooters also disliked the European style paddle magazine release.

Walther took the PPS and remade it into an almost entirely new gun called the Walther PPS M2. While the dimensions are incredibly like the original PPS, the new M2 model features improved ergonomics like Walther’s flagship PPQ. The PPS M2 also no longer has the removable back strap of the original model. Also, the paddle magazine release has been swapped out for the more traditional push-button release.

The PPS M2 has three magazines available: a 6-round, 7-round, and an 8-round. These are not compatible with the magazines for the original PPS. All in all, the PPS M2 is one of the most highly ergonomic and reliable single stack 9mm pistols on the market.

Any one of these five 9mm single stack pistols is a perfect choice for concealed carry. The best strategy for deciding which one is best for you is to physically go to a sporting goods store and compare them by holding each of them in your hand. While each of these pistols is superbly accurate and reliable, the one that is the most comfortable or the best for your purposes is entirely up to you and you alone.