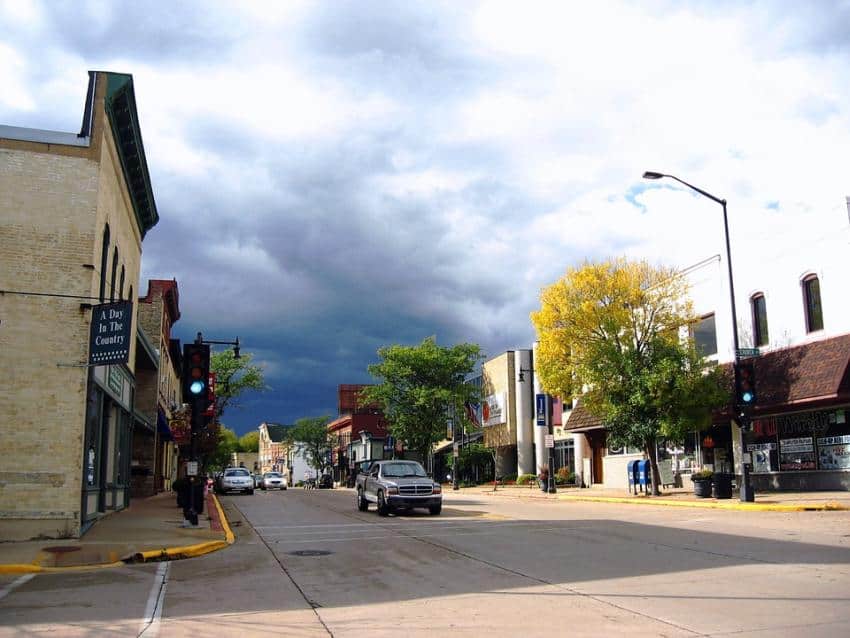 When SHTF most experienced preppers know it’s important to prepare to hunker down in place or get the jump on the masses and head for their bug out retreat that has been well prepared in advance.

But for anyone still in the planning stages of strategic relocation, how do you decide where to relocate or where to buy your bug out retreat?

In this article we’ll talk about the criteria that are key to a good prepper location as well as how to ferret out the best small towns for preppers to live in.

Recommended Must Have Criteria for a Good Property Location

Everyone has their own idea of what their little piece of heaven should look like. For most preppers there are some recommended must have criteria.

The more of these criteria your property has, the better you will be able to build a sustainable life before, during, and after SHTF.

What Makes the Best Small Town for Preppers?

Okay, we all know that most people cannot live in a vacuum and the lone wolf prepper mentality isn’t going to cut it for most of us. This means we are going to need our neighbors during and after a SHTF event if we’re going to survive long-term.

It makes sense to include those people living in the small town around your ideal prepper property in your network.

So, in addition to the above criteria for your property, what kinds of qualities make the best small towns for preppers to live in?

Okay, so now that we know what we’re looking for in a property and in the best small towns for preppers, below are some recommendations.

Keep in mind that choosing a strategic location is a very personal decision and often times means prioritizing between desirable factors based on what your own needs are at the time.

This means someone with health problems that require continued maintenance may need to live closer to town than is suggested simply to have easier access to medical treatment prior to a SHTF event.

If you aren’t able to get further away from cities and urban centers or must stay close for one reason or another, you may need to ramp up security and defensive measures to balance things out.

For those who are more experienced and skilled with living off-grid, you can risk being further isolated.

If your skills are still limited, you’ll need to depend more on neighbors and small-town amenities before and after SHTF, so you’ll want to stay closer.

The list of top 12 best small towns for preppers to live in given below is simply intended as a guideline to get you thinking about the areas and towns you may want to consider.

It is definitely not a definitive list of best small towns for preppers to live in, nor is does it come close to including all the small towns you should consider for your strategic relocation.

Your personal situation may lead you to remove or add other small towns from our list.

How to Narrow Down Your List of Small Towns

The first thing to do when you start your strategic relocation research is to narrow your search to the areas or regions that are the best for preppers to consider and suit your own lifestyle needs.

To do this, you may want to ponder over several factors in addition to the ones mentioned above including:

Some of the issues above may be more important to you than others. Several of the issues will matter more in the months and years leading up to a SHTF and not as much after a SHTF event.

Top 12 Best Small Towns for Preppers to Live In

If you don’t care for any of the best small towns for preppers to live in list we’ve chosen, below are some wider areas and regions you can consider.

Near the mountains in Tennessee, Kentucky or West Virginia

Intentional Living Communities are not well-suited for everyone and most politically conservative preppers will want to steer clear of these areas simply due to the fact that residents are generally more left-leaning politically and some may even prohibit use of guns.

Keep in mind these communities are often “ruled” by a committee of residents so there may be rules or regulations you must agree to abide by in order to move in.

But if are looking for a likeminded community in exchange for giving up control over your own property, then one of these may be a consideration for you.

So, the best way to choose the best small towns for preppers to live in is to make a list of all the issues and criteria that are important for your family and the lifestyle you want to create and then narrow your list down to three or four areas or regions.

Once you have that shortlist, explore the areas to find the best small towns for preppers in those areas.

Be sure to consider state and local zoning regulations and building codes to avoid buying property in an area with restrictions that will keep you from living as you wish prior to a SHTF event.

We will not spam you.
Print
253
Shares