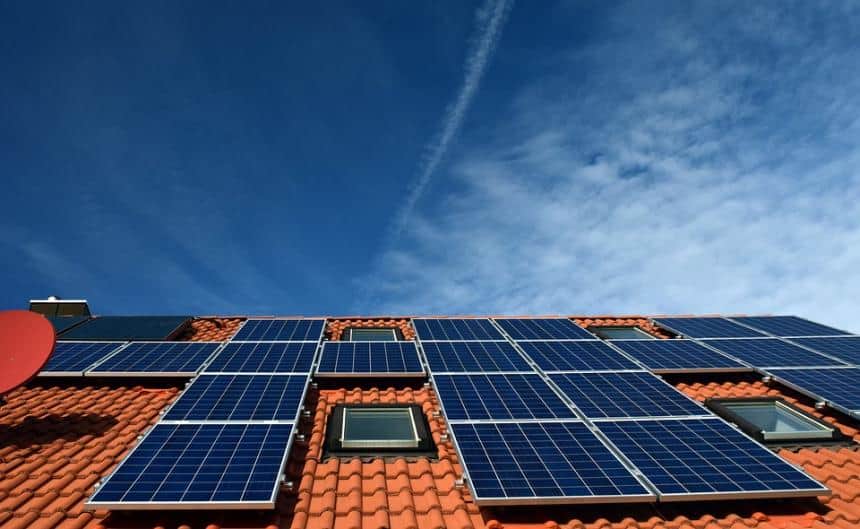 During a nuclear disaster or any type of long term SHTF scenario, the power grid will surely fail in a relatively short amount of time. Simply flipping a switch will not provide light to the otherwise pitch dark survival shelter.

Stocking up on batteries to power lanterns, flashlights, and similar camping light sources is yet another option, but should not be solely relied upon. Even the deepest of battery stockpiles will run out eventually. If space is at a premium in a personal survival shelter, the batteries will take up a substantial amount of real estate in an already cramped space.

If your private or community survival shelter is not below ground, and it is at least relatively safe to go outside, you have a plethora of low cost lighting options that do not require extensive battery storage.

A manual power generator of some type is a great idea for a survival shelter, but only as a backup to a fully functioning automatic power system.

Manual air blowers and power systems could work well during a short term disaster, as long as enough able bodies were present inside the shelter to keep them going.

Hank crank generators sell for anywhere from $100 to $3,0000. The Crank-a-Watt Emergency Hand Crank Generator Deluxe Liberty model is one of the best manual generator options on the market.

It may be powerful enough to power a coffee maker, a microwave, and even a deep water well pump! The 1600 watt version of the hand crank generator boasts an EMP proof alternator system that includes 2 stage high output alternators. The Crank-a-Watt generator can begin churning out power at only 1 RPM. It takes only a moderate amount of effort to crank and has two cast iron fly wheels that help increase momentum.

The 750 watt DC to AC inverter has a USB power. The unit also comes complete with two 50 amp heavy duty drive belts and rectifiers and one exterior power connection. The system is fairly lightweight, weighing less than 90 pounds without the batteries inside, and runs silently. The Crank-a-Watt generator comes in a case with wheels for easy storage and portability.

Power will be your life support system when living either underground or in an above ground sealed survival shelter. A large capacity power system should be second to only the quality of materials used to build the physical shelter structure on the priority list.

A shelter power system functions just like a home or public building power system. Water is transferred by an electrical or gas pump, air is both filtered and moved by the same power system pump, and lights and charging panels for C power, radios, and other equipment, run off the same system, as well.

Solar generators and panels can add value to a private or public survival shelter. But, such systems are extremely vulnerable to EMP disasters, vandalism by the unprepared who are trying to force themselves inside, and by debris them will be cast about during natural disasters.

If considering a solar powered system to bring light to the survival shelter, invest in an EMP shielded enclosure designed to protect the solar panels or solar generator during the SHTF scenario that prompted you to run to the shelter for safety. How effective such enclosures would be against a mega Earth-directed solar flare, man-made EMP attack, or nuclear war, is not abundantly clear. We can only rely on simulated tests to predict how effective EMP enclosures for solar panels and solar generators could be during such a doomsday disaster.

Storing the solar panels inside the EMP enclosures in the EMP-proof survival shelter may be the best way to harden the power devices against an electromagnetic pulse event. The solar panels or generator must be taken outdoors and attached after the SHTF event has taken place, putting the installers potentially in harm’s way.

Conventional fuel generators are yet another options to bring power for lights and other essential air and water systems to the survival shelter. There are three major drawbacks to employing such a system to light the shelter – damage, theft and exposure.

Fuel generators must be run and resupplied with fuel outdoors. The fuel cans must be stored either inside the shelter – creating a potential health and safety problem and taking up valuable space.

The generator could quickly and easily be damaged or stolen while in operation outside of the survival shelter. If the shelter was a community safe space, placing the generator on top of the roof of the designated shelter building would help deter theft, but not to a substantial degree.

The individual tasked with venturing outdoors to put more fuel into the generator would be placed in significant danger from either the initiating disaster event if it involved a nuclear attack or a pandemic, or marauders who want to get inside the shelter and take what does not belong to them while finding a safe place of ride out the apocalypse.

The Norad Shelter System diesel generator carries a high price tag, but it is likely one of the most durable and accessible survival shelter power generator systems on the market. The generators run on diesel fuel, which is a far better option in a survival situation than gasoline.

Diesel fuel has a far long shelf life, a higher ignition point, and generators which run on the fuel typically consumer 1/3 less fuel than gasoline when producing an equivalent amount of power.

The Norad shelter systems come in various capacities. In a large family or mutual assistance group shelter designed to hold up to 60 people, the generator will run about three to six hours each day to charge a batter pack.

In larger community style shelters, the same efficient system will run all day and alternator between two different generators hooked up to the same system.

The 2kW Portable Mechron Power System military style diesel generator is another great option to provide light and power to a survival shelter. They typically can run on only about 1 pint of diesel fuel per how.

The hardy brush type diesel generators may be a lot less vulnerable to an electromagnetic pulse than common commercial generators.

We will not spam you.
Print
4
Shares