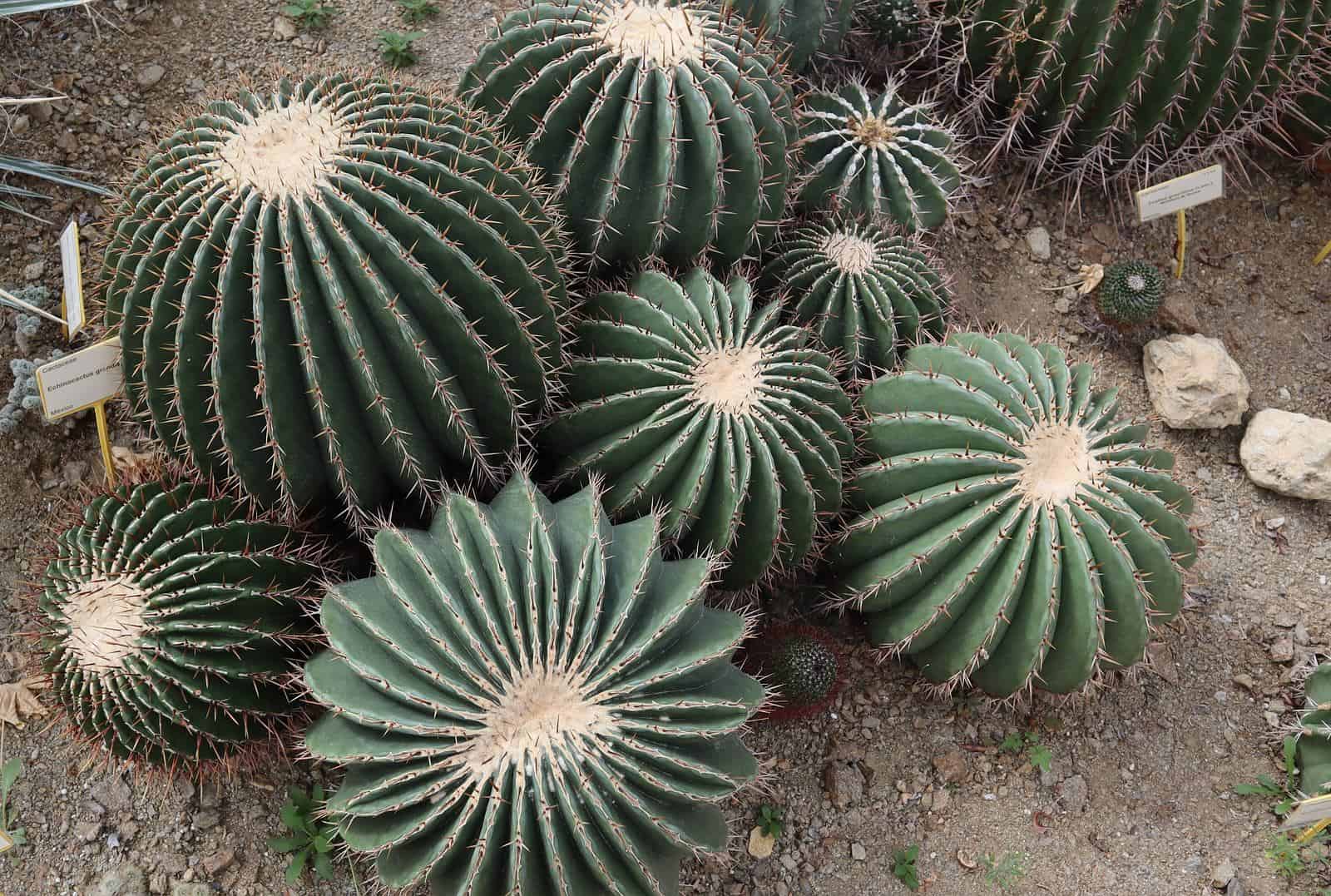 You remember, that story about your old Uncle Hal, who got lost on the mountain and wandered all alone for weeks, eating nothing but bugs. These family stories get passed down from one generation to the next and just like a that childhood game of telephone, they get a little mixed up and sometimes exaggerated along the way.

Below are the survival myths and lies you need to stop believing if you truly hope to live through being stranded in the wilderness.

Most people have heard that you should always boil water before drinking it in a survival situation. It’s true that boiling water is one of the best ways to kill bacteria and parasites that could be living in the water. But did you know that just boiling water doesn’t make it safe to drink?

That’s because it doesn’t remove large particles or heavy metals, that could be in it, and could make you sick. It’s always best to filter your water first, even if it’s clear, to remove any large particles of contaminant and then boil it to kill parasites and bacteria.

Myth: Moss Only Grows on North Side of Trees

According to Assistant Professor of Forest Biology at University of Idaho’s College of Natural Resources, the idea that moss growing on the north side of trees “makes a lot of sense.”

This survival myth is based on the fact that a lot of mosses prefer the damp, shady coolness found on the side of the tree that gets the least amount of sunlight. But this survival tip depends largely on where you live and on what else might be providing shade for trees.

In fact, for those who live in the southern hemisphere, moss would actually prefer to grow on the southern side of trees as that would be the cool, damp side. Bottom line is rely on a good quality compass and not the moss to get your bearings.

Myth: Alcoholic Drinks Will Warm You Up

In truth, alcohol actually dilates the blood vessels which makes you think you are warmer but alcohol lowers core body temperature. This can actually increase your risk of hypothermia because you will feel warmer than you actually are which means you may not seek shelter and warmth as quickly as you should.

Myth: Drink Your Own Pee to Stay Hydrated

This is one of those survival myths and lies you need to stop believing that can really cause you harm. Urine is full of bacteria and other contaminants from the body, so drinking it is definitely not high on the list of smart things to do.

Also, if you find yourself stranded in a desperate situation which has you considering drinking your own pee, chances are you are dehydrated already, and your pee won’t have anything of value that your body can use.

While it’s true that many birds, especially grain eating birds, need fresh water, following flying birds to find water is not a reliable way to navigate. Hawks and other flesh-eating birds are hydrated from eating their prey and can often go for long periods without fresh water.

So you could follow a hawk several days out of your way and he still won’t lead you to water. It would also be very difficult to determine whether a bird was flying to water or whether they were returning from getting water.

If you aren’t intimately familiar with the flying patterns of birds in the wild, it would be very easy to be misled. If you are desperate for water, you can’t risk following a bird without knowing for sure where they are headed. Stick to other more reliable methods for finding water.

Myth: Opening Windows During a Hurricane or Tornado Can Save Your Home

This is truly a case of when you know better, you do better. For decades it was thought that an open window during a hurricane or tornado could somehow lessen the damage caused by gale force winds.

It was thought that air pressure difference between outside your home and inside your home could cause a roof to be blown off. But this thought was based on what would happen if a building were airtight. No home is airtight.

Keep windows closed during high wind storms to protect yourself from flying debris in the air. In fact, in a hurricane, it’s recommended that windows all the way around the outside of your home be covered with wooden or metal shutters.

Myth: Punch a Shark in the Nose if Attacked

This sounds like it makes sense, right? I know if I were punched in the nose, I’d tend to retreat rather than keep attacking. But in truth, punching a swimming shark in the nose, hard enough for it to register with the shark, while you yourself are treading water or being gripped by a shark, is going to be very difficult.

The recommendation now is to target the much more sensitive parts of the shark, their gills and their eyes. You’ll need less force to cause the shark pain and it’s more likely that it will let go of you to either get a better grip or back off entirely.

Myth: Finding Food is a Priority If Stranded

Food actually falls way down the list of priorities, because a typical healthy adult can survive up to 3 weeks or more with very little or no food.

Of course, you’ll want to find food sooner than that but it’s not your main priority in the first hours or days that you are stranded. Focus on finding water and shelter, make sure you’re prepared to signal help if they come into view or earshot, and then worry about food.

Myth: If Animals Eat It, We Can Too

This is definitely one of those survival myths and lies you need to stop believing. There are several different species including birds and squirrels, that eat foods that are poisonous to humans.

Stick to foods you know are safe for humans and hone your plant identification skills so that you can forage for food with confidence and without relying on what the animals are eating to survive.

Myth: You Can Drink from a Cactus to Stay Hydrated

Of the five different varieties of cacti, only the fishhook barrel cactus has water that you can filter out and drink safely. Drinking the liquid from any other cacti will cause illness, including vomiting.

If you are already dehydrated or on the verge of dehydration, vomiting can actually make dehydration worse. Do yourself a favor and make sure you carry fresh water in your BOB or GHB and a water filter as part of your EDC.

Myth: Rub Frostbitten Skin to Warm It with Friction

We’ve all seen it done. Someone gets rescued after being stranded out in the extreme cold and their rescuer rubs their hands, arms, and legs vigorously to warm them up. Seems like the quickest way to get someone warm. In reality, if you rub the cold skin of someone who is a victim of frostbite, you will actually do more damage than good.

Frostbite means ice crystals have started to form on the skin and rubbing them will not only be painful, but it will do more damage to the skin. Warm victims of frostbite gradually using blankets, hot water bottles placed in the victim’s armpits, or using your own body heat if necessary.

Myth Suck Venom from a Snakebite

Here’s one of the survival myths and lies you need to stop believing if you haven’t already. If you or someone you are with has been bitten by a poisonous snake, cutting the wound and trying to suck the poison out is no longer the recommended method of treatment.

In fact, this can actually introduce infection to the victim’s wound and potentially get venom in your mouth. Instead, act quickly to get the victim to professional medical help. If possible, keep the bitten area lower than the victim’s heart to slow movement of poison through the blood.

Myth: It’s Safe to Build a Fire in a Cave

Movies are famous for perpetuating this survival myth you should stop believing too. How many times have you seen the hero and his gal of course, duck into a cave to start a fire and spend the night?

In reality, this isn’t a good idea at all because rock expands when heated so building a fire inside a cave is asking for trouble. As the rock gets hot, it will expand, potentially cracking and caving in onto your head.

Many people have come to believe that emergency blankets don’t really work. You may call them space blankets or Mylar blankets but in truth they are all made of reflective material and seem to be rather thin. It’s no wonder people find it hard to believe these blankets can be effective in keeping you warm.

In truth it’s the reflective material that makes these blankets work better than any old blanket. When wrapped around a human body, the reflective surface traps body heat and reflects that energy back which serves to warm up the space.

The trick is making sure the emergency blanket you buy is a quality blanket and that when you wrap it around yourself, you create an enclosed space.

If you find yourself trapped in extremely cold weather without fresh drinking water, eating snow seems like a no-brainer, right?

After all, snow is just water in its frozen form. In truth, snow is more air than water and you’d have to eat quite a lot of snow in order to quench your thirst.

The other issue with eating snow is that while you’re trying to eat enough to quench your thirst, the snow is lowering your core body temperature and putting you at risk for hypothermia. Your best bet with snow is to melt it first, by adding a little bit of snow at a time to a pot over the fire and drink it once it has melted.

Myth: An Underpass is Good Shelter in a Tornado

Believe it or not, professional disaster agencies used to recommend underpasses as good tornado shelters if you were stranded near a tornado while driving.

We now know that wind speed and air pressure are increased due to the overpass design. You are more likely to get hit with flying debris as it is sucked in or get sucked out yourself and smashed against the nearest structure or tree.

Did we miss one of the survival myths that you’ve become aware of? Let us know in the comments below. And don’t forget to pin this on your favorite Pinterest board for later!

We will not spam you.
Print
117
Shares