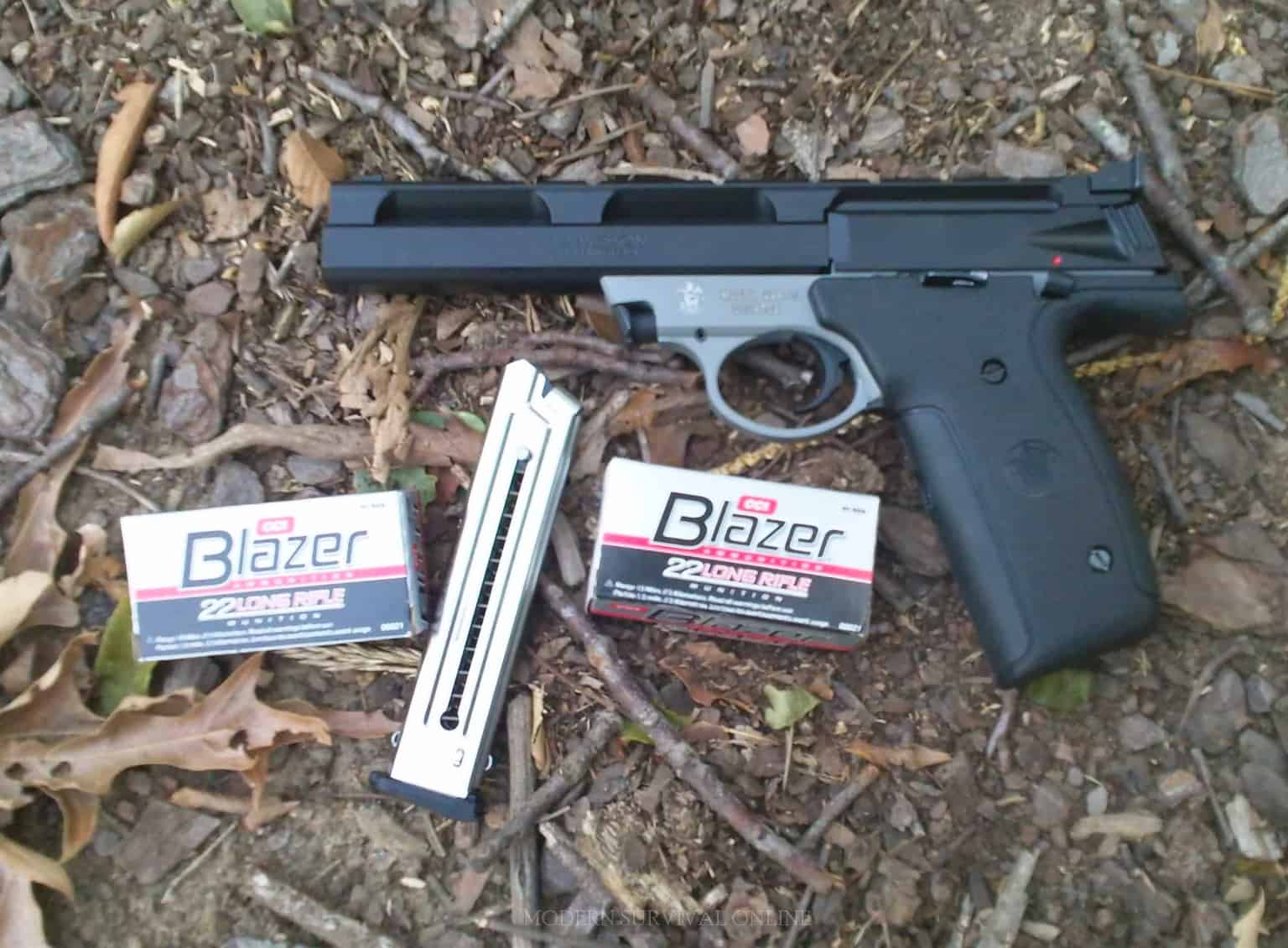 A few months ago I was in the market for a .22LR pistol. After looking at numerous models available – I selected the Smith & Wesson 22A. Why? Well – my local gun shop had it in stock for one.

I read several reviews on it and liked what was reported. I also had an opportunity to shoot one over at a friends house and liked it. Price was right  – so I went for it.

A few words on my experience with it so far…

Fit and function: So far – has been great. I have had no mechanical problems whatsoever. Everything works – but that doesn’t mean it couldn’t be better. The safety sucks. Sorry – gotta be blunt.

At least on my model – it is very difficult activate and deactivate. Trigger pull is OK – could be lighter. Nothing has loosened up & nothing has broke.

Ergonomics: Everything is where it should be…..almost. Most all controls are in familiar locations. The slide release is easily accessible and used. As mentioned – the safety is horrible but where it should be.

Function & Reliability: My model came with two 10-rd magazines. These magazines are super easy to load as they have a button on the side that allows you to compress the spring while inserting a round under the feed lips.

One of the keys to a reliable semi-auto firearm is the magazine that feeds it. After firing at least 500 rounds of .22LR solid point ammo – not a single failure to feed.

I have equally used both magazines – pretty happy about the reliability. Ammunition used has been a combination of CCI Blazer, CCI Tactical and CCI Mini-mag. Yeah – I like CCI.

One criticism I have are the flat black sights. Maybe it is just my aging eyes but I had a difficult time getting a good sight picture – especially with both eyes open. When shooting at a dark target – forget it.

I plan to touch up the front sight with some neon orange or green. Although I typically shoot with both eyes open – the 22A’s sight picture requires one-eye only in my hands.

Final: Overall – I really like this pistol. I need to pick up a good holster and few extra magazines. Why own one? I have found it is a good intro-gun.

Mrs. Rourke likes it as well – and she is not a huge fan of shooting. As far as a backpack gun (check local ordinances) – the thing is HEAVY.

There is a lot of metal on this gun. It weighs over 34 ounces – more than many polymer framed combat pistols. If you can make room and deal with the weight – certainly would be good for putting some meat in the pot or could work in a punch for self-defense.

FIREARMS WEEK: 22LR as a Defensive Round?
My Visit to The Palmetto State Armory
AR-10 vs AR-15 Which Should You Choose