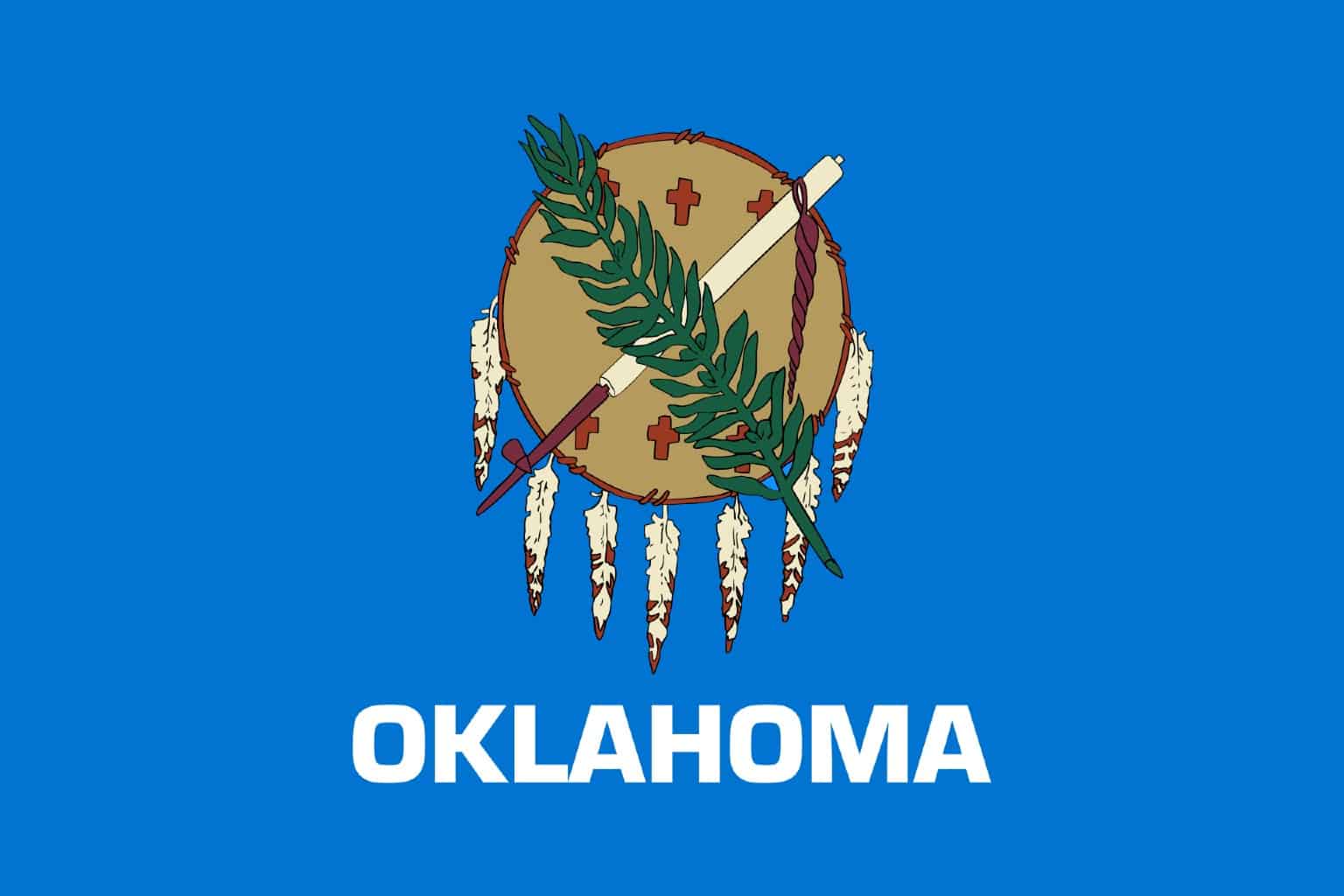 Wherever you live, and whether you own property or not, understanding trespassing laws in your home state is a good idea.

Only by learning your state’s trespassing laws will you have the knowledge necessary to appropriately deal with trespassers around your home and on other property, and also to keep yourself from accidentally trespassing on the property of others when you are out and about in the world.

And though the trespassing laws across the United States are largely similar, the punishments for trespassing and the classification of the act can vary widely from state to state.

Looking at Oklahoma for instance, you will be very surprised to learn just how many laws concerning trespassing and all of its many forms are contained within the state statutes.

Most forms of trespassing in Oklahoma are a misdemeanor, but that doesn’t mean it isn’t a serious crime.

The fines can be substantial, and can even involve a lengthy jail sentence. There is an awful lot to learn, but in this article we will do our best to tell you about the most important elements of Oklahoma’s trespassing laws.

What Constitutes Trespassing in Oklahoma?

In Oklahoma, trespassing is broadly defined as the willful or malicious entering of the premises or property of another without explicit permission from the owner of said property or other legal authorization for doing so.

In most states, trespassing will be graded or qualified depending on how flagrantly a trespasser enters upon or remains upon a property illegally.

But in Oklahoma, they have a separate statute for seemingly every conceivable variation of trespassing, and many of them are quite lengthy and difficult to read.

We will be covering some of them throughout this article, but one of the most important is 21-1438 which covers serious criminal trespassing and the form of unlawful entry of a building or any other structure with the intention to commit a felony or malicious mischief.

Read it for yourself below, but just a reminder this section of the statutes has been abridged for brevity, so make sure you look up the full text for yourself:

21-1438. Entering building or other structure with intent to commit felony, larceny or malicious mischief – Breaking and entering dwelling without permission.
A. Every person who, under circumstances not amounting to any burglary, enters any building or part of any building, booth, tent, warehouse, railroad car, vessel, or other structure or erection with intent to commit any felony, larceny, or malicious mischief, is guilty of a misdemeanor.
B. Every person who, without the intention to commit any crime therein, shall willfully and intentionally break and enter into any building, trailer, vessel or other premises used as a dwelling without the permission of the owner or occupant thereof, except in the cases and manner allowed by law, shall be guilty of a misdemeanor.
…

Does Oklahoma Require “No Trespassing” Signs?

This is an important consideration if you own property and want to keep trespassers off, and also something to keep in mind for your own travels- trespassing on posted property is a bad idea!

21-1835. Trespass on posted property after being forbidden or without permission – Penalties – Exceptions.

A. Whoever shall willfully or maliciously enter the garden, yard, pasture or field of another after being expressly forbidden to do so or without permission by the owner or lawful occupant thereof when such property is posted shall be deemed guilty of trespass and upon conviction thereof shall be fined in any sum not to exceed Two Hundred Fifty Dollars ($250.00); provided, (continues)
B. No provisions of this act shall conflict with Section 5-202 or 6-304 of Title 29 of the Oklahoma Statutes.
…

No. Like signs, fencing is not strictly required for protecting property but it is a good idea.

One thing to keep in mind if you have a large parcel to protect is that posting signage works just as well or better under the law for qualifying more serious charges of trespassing as fencing, and signs are a whole lot cheaper.

None. Although some states rely on what are commonly referred to as “purple paint” laws for marking property, Oklahoma is not one of them. Posting property can only be done via specific no-trespassing signage.

Do keep in mind that although orange or purple slashes are commonly used as a convenient and relatively unobtrusive way to mark property boundaries, they do not have the force of law backing them in the same way as signage.

Although plenty of people might recognize these marks for what they are that isn’t going to help you if you are doing your best to keep out trespassers.

No, not technically, but in practice they might well do so in urban or suburban areas without much to fear.

This is generally considered bad practice and is typically against the policies of companies that employ door-to-door salespeople or solicitors, but rarely will you find them punished under law for it.

However, the situation is somewhat different in rural areas, and no solicitor can ignore a locked fence or gate barring entry to a property.

Can Trespassing Result in Arrest in Oklahoma?

Absolutely. Most forms of trespassing are a misdemeanor in Oklahoma, or even a simple violation, but that does not mean that the act isn’t a serious crime and some forms are actually felonious.

Even misdemeanor crimes can easily result in arrest, substantial fines, and even jail terms, so it is something that must be taken seriously whether you are trying to protect your own property or are trying to avoid trespassing charges yourself.

Yes, and you can particularly in the cases of repeated trespassing, if the trespassing is done in the furtherance of any other crime or if someone is trespassing in order to stalk or harass you or anyone else on your property.

If you are dealing with someone that is a brazen or repeat offender or that has caused damages to your land or other property, you should definitely contact an attorney and see if you have a case for taking them to court.

Special Instances of Trespassing in Oklahoma

Oklahoma has many, many specific laws covering special kinds of trespassing, everything from trespassing on or in railway trains and installations to trespassing and what are defined as critical infrastructure facilities.

However, probably the most relevant special instance of trespassing that is codified in the Oklahoma State statutes is in 21-1171, the Peeping Tom law.

In short, trying to observe someone where they have a reasonable expectation of privacy or recording them with any electronic equipment can result in severe fines and a jail term.

Included below are 21-1171 and 21-1365, both of which are abridged. Make sure you read them here, but be sure to look up the complete statutes to familiarize yourself with these and the many others in the books:

21-1171. Peeping Tom – Use of photographic, electronic or video equipment – Offenses and punishment – Definition.
A. Every person who hides, waits or otherwise loiters in the vicinity of any private dwelling house, apartment building, any other place of residence, or in the vicinity of any locker room, dressing room, restroom or any other place where a person has a right to a reasonable expectation of privacy, with the unlawful and willful intent to watch, gaze, or look upon any person in a clandestine manner, shall, upon conviction, be guilty of a misdemeanor. The violator shall be punished by imprisonment in the county jail for a term of not more than one (1) year, or by a fine not to exceed Five Thousand Dollars ($5,000.00), or by both such fine and imprisonment.
…
21-1365. Trespassing on railway trains a misdemeanor.
Any person, other than a railway employee in the discharge of his duty, who, without authority from the conductor of the train, rides, or attempts to ride, on top of any car, coach, engine or tender, on any railroad in this state, or on the drawheads between the cars, or under cars or trussrods or trucks, or in any freight car, or on the platform of any baggage car, express car, or mail car, or any train in this state, shall be guilty of a misdemeanor.
…