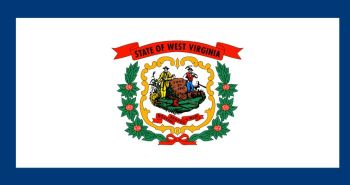 West Virginia is a state with dependably solid if flawed laws governing the possession and carry of knives. No type of knife is explicitly banned from ownership in the state, but the state does have some particular restrictions on the carry of knives if it fits into the category of deadly weapon, and the person carrying it is under the age of 21, or is otherwise forbidden from owning a firearm.

Additionally, and disappointingly, West Virginia does not have any statewide preemption, and though the state is generally knife friendly throughout, there are some towns and cities that have significantly more restrictive laws then the states own laws on the subject, and that means you’ll need to be aware of the rules and regulations in any given settlement that you travel to or through.

You can find a summary of the most relevant laws that will affect your carry of knives below, and at the very end of the article we have included the exact text of the state statutes for you to review.

West Virginia does not outlaw the possession of any particular type of knife based upon its features.

West Virginia categorizes knives into various classes based upon their inherent features, like the action for deploying the blade, and the length of the blade.

West Virginia defines a knife as any instrument intended or readily adaptable to use as a weapon consisting of a sharp edge or sharp pointed blade attached to a handle and is capable of inflicting cutting or stabbing wounds.

Of particular interest, the term knife includes but is not limited to any dagger, dirk or stiletto with a blade over 3 ½ inches and includes any switchblade or gravity knife.

Gravity knife is further defined as any knife that has its blade released from its handle by the force of gravity or centrifugal force, like a butterfly knife. Switchblade means any knife having a spring operated blade which opens automatically upon pressure being applied to a button or other release in the handle. All of these weapons are legal for ownership and for carry in West Virginia, so do not fear.

However, anyone who is prohibited from owning a firearm under West Virginia or federal law may not be in possession of any knife that fits the category of deadly weapon.

A few potential restrictions on the right to own firearms include:

Of particular note, anyone who is under the age of 18 cannot own any knife except a common pocket knife.

Regrettably, West Virginia lacks statewide preemption, and that means you will have to pay attention to local county, town and city laws as you move about the state.

Happily, you may carry any kind of knife including a deadly weapon in the state of West Virginia without benefit of a permit so long as you are 21 years old or older, a United States citizen or legal resident, and not otherwise prohibited from possessing a firearm under West Virginia or federal law.

Violations of the state statute invoke fairly stringent punishment; a felony charge, up to a $1,000 fine and potentially a year in jail.

The open carry of all kinds of knives is totally legal in West Virginia so long as you are of legal age for the category of knife that you are carrying, and not otherwise prohibited from possessing a knife.

You cannot carry any knife into any government building, courthouse, or court room and schools, though schools have a couple of notable exceptions.

However, the exceptions in this case are a rare instance of murky legal language in West Virginia’s state statutes, and I would advise you to carry no knife, including a small folding pocket knife, into any school building or property in West Virginia.

West Virginia is a solid-state for knife owners, and very permissive when it comes to carry of any kind of knife so long as you are 21 years old or older and not otherwise prohibited from owning a knife, which is the exact same set of standards can a prohibition on firearm ownership.

Sadly, West Virginia does not have any statewide preemption and that means you will need to pay attention to local laws as you move about.

The Legislature finds that the overwhelming support of the citizens of West Virginia for article three, section twenty-two of the Constitution of this state, commonly known as the “Right to Keep and Bear Arms Amendment”, combined with the obligation of the state to reasonably regulate the right of persons to keep and bear arms for self-defense requires the reenactment of this article.

(2) “Gravity knife” means any knife that has a blade released from the handle by the force of gravity or the application of centrifugal force and when so released is locked in place by means of a button, spring, lever or other locking or catching device.

(3) “Knife” means an instrument, intended to be used or readily adaptable to be used as a weapon, consisting of a sharp-edged or sharp-pointed blade, usually made of steel, attached to a handle which is capable of inflicting cutting, stabbing or tearing wounds. The term “knife” shall include, but not be limited to, any dagger, dirk, poniard or stiletto, with a blade over three and one-half inches in length, any switchblade knife or gravity knife and any other instrument capable of inflicting cutting, stabbing or tearing wounds. A pocket knife with a blade three and one-half inches or less in length, a hunting or fishing knife carried for hunting, fishing, sports or other recreational uses or a knife designed for use as a tool or household implement shall not be included within the term “knife” as defined herein unless such knife is knowingly used or intended to be used to produce serious bodily injury or death.

(4) “Switchblade knife” means any knife having a spring-operated blade which opens automatically upon pressure being applied to a button, catch or other releasing device in its handle.

(9) “Deadly weapon” means an instrument which is designed to be used to produce serious bodily injury or death or is readily adaptable to such use. The term “deadly weapon” shall include, but not be limited to, the instruments defined in subdivisions (1) through (8), inclusive, of this section or other deadly weapons of like kind or character which may be easily concealed on or about the person. For the purposes of section one-a, article five, chapter eighteen-a of this code and section eleven-a, article seven of this chapter, in addition to the definition of “knife” set forth in subdivision (3) of this section, the term “deadly weapon” also includes any instrument included within the definition of “knife” with a blade of three and one-half inches or less in length. …

(10) “Concealed” means hidden from ordinary observation so as to prevent disclosure or recognition. A deadly weapon is concealed when it is carried on or about the person in such a manner that another person in the ordinary course of events would not be placed on notice that the deadly weapon was being carried. For purposes of concealed handgun licensees, a licensee shall be deemed to be carrying on or about his or her person while in or on a motor vehicle if the firearm is located in a storage area in or on the motor vehicle.

(c) Any person may carry a concealed deadly weapon without a license therefor who is:

(1) At least twenty-one years of age;

(3) Not prohibited from possessing a firearm under the provisions of this section; and

WV Code 61-7-3. Carrying a deadly weapon without provisional license or other authorization by persons under twenty-one years of age; penalties

(a) Any person under twenty-one years of age and not otherwise prohibited from possessing firearms under section seven of this article who carries a concealed deadly weapon, without a state license or other lawful authorization established under the provisions of this code, is guilty of a misdemeanor and, upon conviction thereof, shall be fined not less than $100 nor more than $1,000 and may be imprisoned in jail for not more than twelve months for the first offense; but upon conviction of a second or subsequent offense, he or she is guilty of a felony and, upon conviction thereof, shall be imprisoned in t a state correctional facility not less than one nor more than five years and fined not less than $1,000 nor more than $5,000.

Notwithstanding any other provision of this article to the contrary, a person under the age of 18 years who is not married or otherwise emancipated shall not possess or carry concealed or openly any deadly weapon: Provided, That a minor may possess a firearm upon premises owned by the minor or his or her family or on the premises of another with the permission of his or her parent or guardian…

(b) (1) It is unlawful to possess a firearm or other deadly weapon:

(C) At a school-sponsored function that is taking place in a specific area that is owned, rented, or leased by the West Virginia Department of Education, the West Virginia Secondary Schools Activities Commission, a county school board, or local public school for the actual period of time the function is occurring.

(2) This subsection does not apply to: