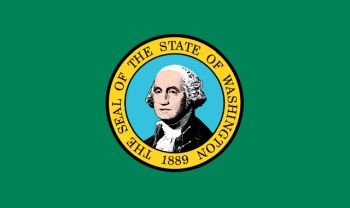 As some of the readership is probably expecting, Washington State is not particularly friendly when it comes to their citizens owning and carrying weapons.

Certainly not firearms, and not particularly knives either. All one has to do is slog through the lengthy, complicated and vaguely written statutes concerning knives to see for yourself.

The state’s intent and legal interpretation for concealed carry, various types of knives and where exactly your rights to carry or own those knives depending on various factors we’ll all have to be considered if you want to stay on the right side of the law, and remain an upright citizen.

Below you will find a list of quick facts that you need to know if you are carrying a knife in Washington State, and after that we will get into the details.

Washington is one of those states that is very interested in keeping knives of all types and varieties that they have deemed unsuitable for mere peasantry to own out of the hands of said peasantry.

They explicitly prohibit the mere possession of what they called dangerous weapons, and included in that definition are several varieties of knives, to include but not limited to switch blades, automatic knives and gravity knives.

There are exceptions to this if one is employed as a law enforcement officer, emergency medical technician, member of the military or is a firefighter. If none of the above describes your profession, you cannot even possess one of those named types of banned knives.

The only exception for me or civilians is if one is employed by a knife maker, distributor or other manufacturer in which case you are allowed to have said knives in your possession for demonstration or sales.

No other exceptions! It is even a specific crime to get rid of such a knife if it is already in your possession. I guess they consider that hiding the evidence of a crime that you have yet to commit.

All of this means that you have right to be nervous if you are carrying or merely own a type of knife that could potentially meet the definition of one of the banned types.

You might be relieved to know that Washington’s state statutes do have language that affirms the legality of assisted opening knives, and this language is commonly found regarding the subject even in federal laws on the matter.

But be advised that this only covers the ownership of assisted opening knives, not necessarily the concealment or carrying thereof.

You might think you are safe if you are not carrying, specifically, a “dagger” or “dirk” but this definitely raises questions about the legality of any other knife: Any knife, literally any knife, can always inflict a lethal wound on someone else. If that does not constitute the definition of “dangerous weapon”, I don’t know what does.

Also to further muddy the waters Washington law provides no definition for “furtive” in any of its chapters. It is assumed that it has the common meaning, but as trials in the past have proven that may not always be the case.

If you care to read the relevant section of the law below you might draw the conclusion that certain requirements must be in place while carrying a knife for the carry of that knife to be considered a crime.

However, as I mentioned above the vague wording of the statutes in conjunction with the equally vague definitions of certain words means that any common pocket knife, carried in a pocket, might qualify you to be charged with a crime!

All I can recommend is that you use extreme prudence and discretion when carrying any knife concealed in any way Washington.

Washington State makes an allowance for carrying a gun on school property if you are permitted and only dropping off or picking up a student, or if you keep a firearm locked in your car if you have some other legitimate reason to be at the school and are not a student of the school. This is not the case for knives.

Washington State makes no allowances or exemptions for citizens when it comes to the carry of any type or length of knife on school property but you do have the option of keeping a knife locked inside your car when on school property if you are not a student what you must be at the school for a legal, lawful purpose.

Washington is a state full of hazy, uncertain laws when it comes to the ownership and carry of many types of knife. You need to pay close attention to the exact wording of the law and always err on the side of caution if you want to avoid trouble in the state.

Concealed carry is particularly tricky to sort out with the laws as they are written, and potentially even a common folding pocket knife could result in criminal charges in the wrong context. Be careful out there, preppers!

Below is a selection of the most important and relevant State statutes concerning the carry, possession and ownership of knives in the state.

This is not a comprehensive list of the relevant laws! Just the most important ones. I suggest you read and get familiar with them.

(a) Manufactures, sells, or disposes of or possesses any instrument or weapon of the kind usually known as slung shot, sand club, or metal knuckles, or spring blade knife;

(b) Furtively carries with intent to conceal any dagger, dirk, pistol, or other dangerous weapon; or

(c) Uses any contrivance or device for suppressing the noise of any firearm unless the suppressor is legally registered and possessed in accordance with federal law, is guilty of a gross misdemeanor punishable under chapter 9A.20 RCW.

(2) “Spring blade knife” means any knife, including a prototype, model, or other sample, with a blade that is automatically released by a spring mechanism or other mechanical device, or any knife having a blade which opens, or falls, or is ejected into position by the force of gravity, or by an outward, downward, or centrifugal thrust or movement.

(a) The possession or use of a spring blade knife by a general authority law enforcement officer, firefighter or rescue member, Washington state patrol officer, or military member, while the officer or member:

(i) Is on official duty; or

(ii) Is transporting a spring blade knife to or from the place where the knife is stored when the officer or member is not on official duty; or

(2) For the purposes of this section:

(a) “Military member” means an active member of the United States military or naval forces, or a Washington national guard member called to active duty or during training.

(b) “General law enforcement agency” means any agency, department, or division of a municipal corporation, political subdivision, or other unit of local government of this state or any other state, and any agency, department, or division of any state government, having as its primary function the detection and apprehension of persons committing infractions or violating the traffic or criminal laws in general.

(c) “General law enforcement officer” means any person who is commissioned and employed by an employer on a full-time, fully compensated basis to enforce the criminal laws of the state of Washington generally. No person who is serving in a position that is basically clerical or secretarial in nature, or who is not commissioned shall be considered a law enforcement officer.

(d) “Fire or rescue agency” means any agency, department, or division of a municipal corporation, political subdivision, or other unit of local government of this state or any other state, and any agency, department, or division of any state government, having as its primary function the prevention, control, or extinguishment of fire or provision of emergency medical services or rescue actions for persons.

(1) It shall be unlawful for any person to carry, exhibit, display, or draw any firearm, dagger, sword, knife or other cutting or stabbing instrument, club, or any other weapon apparently capable of producing bodily harm, in a manner, under circumstances, and at a time and place that either manifests an intent to intimidate another or that warrants alarm for the safety of other persons.

(2) Any person violating the provisions of subsection (1) above shall be guilty of a gross misdemeanor. If any person is convicted of a violation of subsection (1) of this section, the person shall lose his or her concealed pistol license, if any. The court shall send notice of the revocation to the department of licensing, and the city, town, or county which issued the license.

(3) Subsection (1) of this section shall not apply to or affect the following:

(a) Any act committed by a person while in his or her place of abode or fixed place of business;

(b) Any person who by virtue of his or her office or public employment is vested by law with a duty to preserve public safety, maintain public order, or to make arrests for offenses, while in the performance of such duty;

(1) It is unlawful for a person to carry onto, or to possess on, public or private elementary or secondary school premises, school-provided transportation, or areas of facilities while being used exclusively by public or private schools: