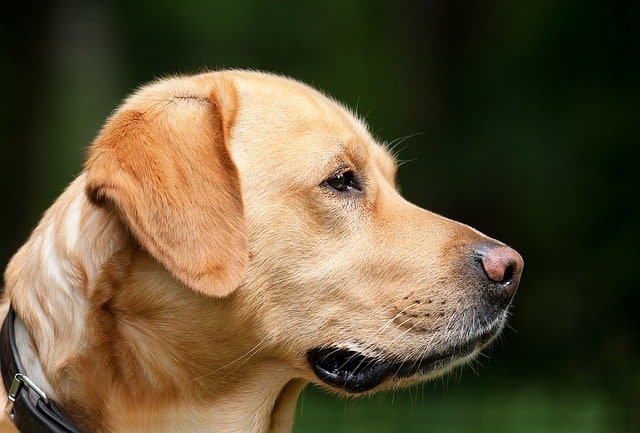 A fun, relaxing day in the park can quickly turn into a nightmare if you’re ever threatened or attacked by an unfriendly dog.  If an attack were to happen, would you know how to react and how to treat yourself after you have been wounded?  And even more importantly, do you know how to avoid or defuse such a situation?

These are just a few of the questions that we are going to answer in this article.  Dog attacks are really a bigger threat than you realize.  Yes, the overwhelming majority of dogs (including the intimidating looking ones) are not scary or aggressive.  In fact, if a dog does attack you, chances are good it’s because they are trying to defend their owner or what they believe is their territory.

Nonetheless, millions of people in the United States alone are the victims of dog attacks, and a significant percentage of those people are injured severely enough to require medical attention.  Knowing how to handle a dog attack is not just something that you should do for your own safety, but for the safety of your family as well.

Obviously the best way to survive a dog attack is to avoid a dog attack in the first place.  It could also be that the dog you believe is threatening you is actually not threatening you at all. Sometimes it can be difficult to tell if a dog is being aggressive or if they are just playing around.  Yes, some breeds are well known for being more likely to attack than others, but that doesn’t mean that all dogs of that breed are that way.

There are some things that you should look for in a dog that denote aggression.  For example, a dog whose ears are angled back, with teeth bared and growling, is showing classic dog aggression.  In contrast to this, a dog that is barking, with elevated ears could just want to play.

Also pay attention to the dog’s body.  Is the dog relaxed with a curve in their spine, or are they stiff and uptight with their entire body aligned together?  The latter option is a good indicator that the dog is not in a friendly mood.

Some people also believe that a dog, particularly a large dog, running towards them signals aggression.  This is not true at all.  It is true, yes, that a dog charging at you after having displayed the above behaviors could be aggressive, but then again a dog could just be running at you because they want to sniff you and play.  A dog that is simply running towards you is never a good indicator on its own of whether or not they are being aggressive.

Let’s say that you have encountered a dog that is demonstrating the aggressive behaviors we just described to you.  Does this mean that the dog is absolutely going to attack you and you will need to defend yourself?  Not necessarily.  You can still try to defuse the situation in more than one way.

The best thing you can do to defuse the situation is to avoid teasing or irritating the dog.  Many dog breeds are incredibly protective over their property and people, and acting in a teasing manner only makes them more likely to regard you as a threat and attack.

Do not turn and run.  If you do, the dog will almost certainly chase after you because of their instinct to chase animals.  Furthermore, it’s virtually impossible for you to outrun a dog.  They will catch up to you in seconds and then you’re really in trouble.

Rather than run away, simply stay where you are and stand still.  Even if the dog approaches you, you still shouldn’t move.  Allow the dog to approach and sniff you.

Another trick that you can use is to distract them with an object.  If you have treats or food on you, great, but anything that a dog would like to chew on will work.  The obvious risk to this method is that it involves moving your arms, which a dog could see as a threatening action on your part.  Move very slowly and clearly display the object you have so the dog can see it.  Then, throw the object away from you and hope that the dog goes after it.

Hopefully, these methods will work allowing you to turn and walk away, and you can go about your normal business.  Avoiding or defusing an aggressive dog is always a safer option that fighting the dog head on.  Nonetheless, dogs can be unpredictable creatures at times, and you can never take for granted that any of these methods will for sure work.  With that in mind, let’s learn how you should defend yourself if you are indeed attacked.

HOW TO DEFEND YOURSELF FROM AN ATTACKING DOG

Once the dog begins to attack you, you need to defend yourself immediately.  Defend the vulnerable areas on your body and strike back at the dog at its vulnerable areas and weak points.  The best areas to strike on the dog are the throat and the back of their neck and head. If you hit the dog hard enough, it can stun them long enough for you to pull yourself away from the fight and to get to safety.

Use any weapons that you have on you or that you can find.  Weapons will especially come in handy if you are having to defend yourself from more than one dog.  If you have a gun, knife, or pepper spray on you, great, but don’t hesitate to grab a stick or a rock too if you have to.

Again, strike the dog at the vulnerable parts of their body like the throat and back of the head if you have a blunt weapon.  If you have a sharp bladed weapon such as a knife, the best places to slice or stab the dog are in the throat, eyes, and jaw muscles.  If you hit, slice, or stab them in the body, it can only make the dog angrier and cause them to intensify their attack.

While you are defending yourself from the dog, you should shout for help.  At this point a raised voice is going to have no effect on the dog one way or the other and you should use it to gain the attention of anyone nearby.

While you are fighting the dog, it’s also important that you keep yourself protected as much as possible.  If you have a jacket, wrap it around your defensive arm.  It will help minimize the effect of the dog’s bite and could distract them long enough for you to either get away or deliver a fight ending blow.

The specific parts of your body that you will want to protect are your throat, face, chest, and stomach.  These regions become only more vulnerable if the dog manages to knock you off your feet.  You can’t let the dog to inflict enough damage to these places of the body because if they do, you will be severely injured and stand less of a chance of adequately defending yourself.

If the fight has turned to the dog’s favor and your defensive blows appear to be useless, the best thing that you can do then is to roll your front and curl your limbs and head inwards.  The dog’s attack likely won’t end, but it could provide you with enough time until help arrives and protect the vital areas of your body in the process.

After the attack has happened, you must immediately attend to any wounds that you sustain.  Even the smallest of open wounds are enough to invite an infection, which can be a real killer even in a non-disaster or non-wilderness survival situation.

Once you have identified a wound, immediately apply pressure with a cloth or a piece of your clothing to stop or at least slow down the bleeding.  Use clean water to wash out the wound and then dress it with a sterile bandage, gauze pad, or a large wrapping.

It’s a good idea to seek professional medical help for any dog attack wounds even if you believe that you’ve successfully treated the wound yourself.  The primary reason for seeking medical help is to fully prevent an infection from setting in.  Yes, it is possible to prevent an infection on your own, but if you don’t want to take any chances, you must see a medical professional.

Keep in mind that many doctors have likely had to deal with patients who were the victims of dog attacks before, so they will know exactly how to treat you.  You should absolutely seek professional medical help if you are unable to stop the bleeding or if a bone has been fractured as a result of the attack.

Something that may be on your mind after the dog has attacked you is whether or not it has rabies.  The best way to find this out is to contact the authorities and alert them to what has happened.  If the dog has also survived the attack and run away, it’s a major threat to any other innocent people walking about and the authorities need to catch it.

Once the dog has been caught, the authorities will test it for diseases.  They will then let you know if the dog had rabies or any diseases, and if so, you will be sent to a hospital to be treated.

After the dog attack is over and you have been medically treated, the only thing left for you to do is to handle the legal aspects of the attack if a dog owner was involved.  You don’t have to take legal action if you don’t want to, but if you feel that the owner’s negligence caused the attack, you can do so.  Be careful to read up on the dog attack laws relevant to your state if you choose to do so.

In summary, dog attacks are a much bigger issue than many people realize and you don’t want to find yourself as the unfortunate victim of one. Very few dogs are aggressive, but those that are can inflict serious damage and even kill you in the worst of circumstances.

Always try to avoid or defuse an aggressive dog so that you can avoid an attack all together, but if the dog does attack, use the defensive tips that we learned about in this article by striking the vulnerable and weak points of the dog while protecting yourself.  Immediately alert the authorities after the attack so they can prevent the dog from attacking anyone else and give you proper medical attention.

5 thoughts on “Surviving a Dog Attack”