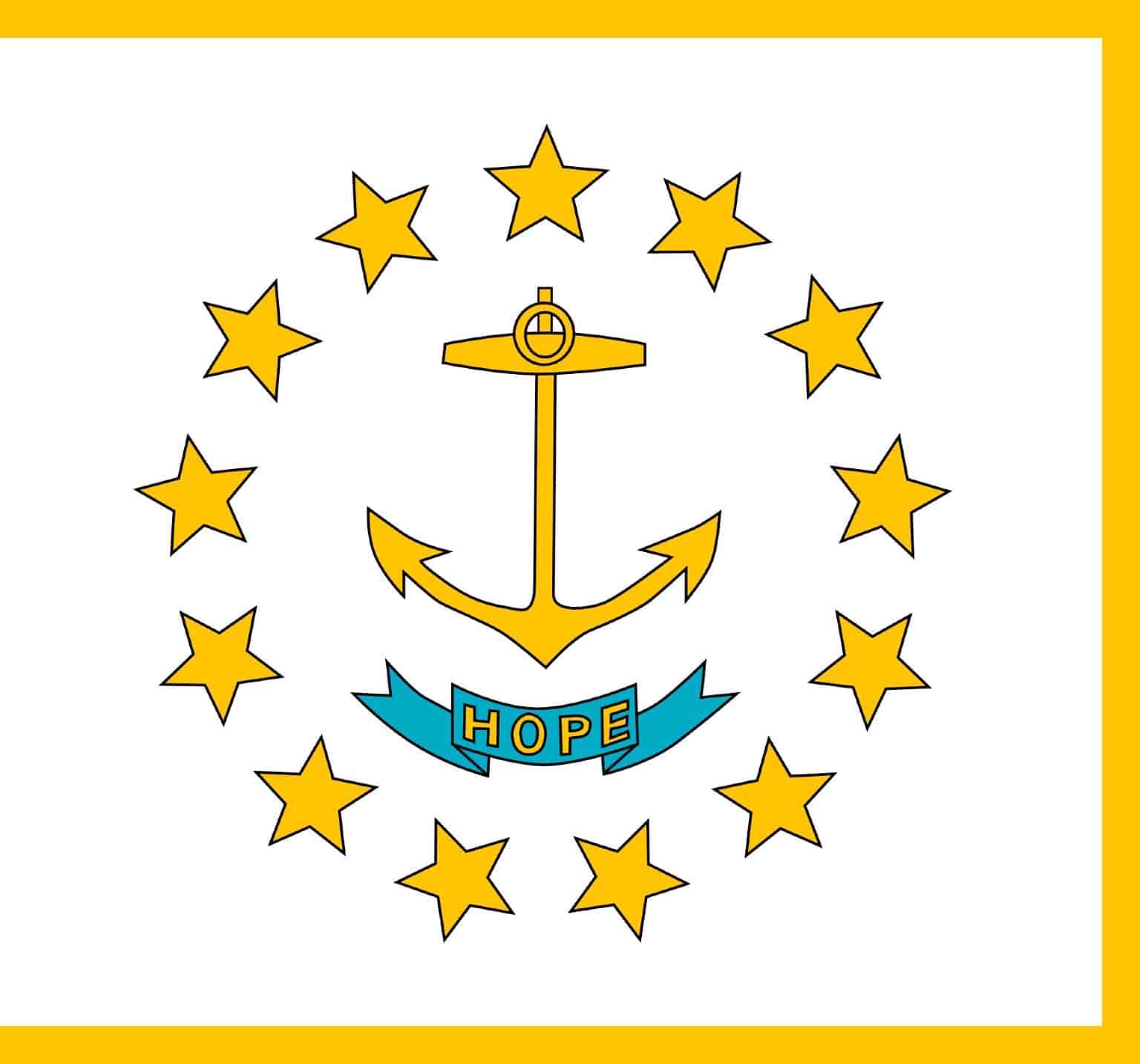 No matter where you live, it is important to understand trespassing law. It is the trespassing law that will inform your decisions when someone trespasses on your land, be it a vacant parcel or the property surrounding your home.

Trespassing laws set the requirements for fencing and signage. And trespassing laws also let you know exactly what is expected of you when it comes to the property of others, whatever you happen to be doing out in the world.

In a typical US custom, though the laws of the land concerning trespassing are broadly similar they are never identical from state to state.

Each state puts their own spin on these laws, with varying definitions, qualifications, and punishments.

Rhode Island is a state with trespassing laws that are generally clear, but also highly notable for significant penalties and fines against those who do trespass.

But, as you probably expect, there is a lot more to learn and today we will help you make sense of Rhode Island’s trespassing statutes.

What Constitutes Trespassing in Rhode Island?

When considering Rhode Island, here, probably the most important definition and accompanying statute concerning trespassing is found in 11-44-26, willful trespass.

In short, any person who willfully trespasses or trespasses having no legitimate purpose for their presence upon the land, premises, or surrounding grounds of a domicile without permission or the legal authorization to do so, and specifically of doing so after having been forbidden by the owner of the property is committing willful trespass.

An excerpt from 11-44-26 is included below for your convenience. It is not complete, so make sure you look up the full text of the statute:

11-44-26. Willful trespass – Remaining on land after warning – Exemption for tenants holding over.
(a) Every person who willfully trespasses or, having no legitimate purpose for his or her presence, remains upon the land of another or upon the premises or curtilage of the domicile of any person legally entitled to the possession of that domicile, after having been forbidden to do so by the owner of the land or the owner’s duly authorized agent or a person legally entitled to the possession of the premises, shall be punished by a fine not exceeding one thousand dollars ($1,000), or imprisonment for a term not exceeding one year, or both.
(b) This section shall not apply to tenants or occupants of residential premises who, having rightfully entered the premises at the commencement of the tenancy or occupancy, remain after that tenancy or occupancy has been or is alleged to have been terminated. The owner or landlord of the premises may recover possession only through appropriate civil proceedings.
(c) Where the provisions of The Domestic Violence Prevention Act, chapter 29 of title 12, are applicable, the penalties for violation of this section shall also include the penalties as provided in § 12-29-5.
…

No, but that isn’t the whole story: though Rhode Island does not specifically require posted no-trespassing signage, the posting of such signage is required for maximum protection under the law concerning certain types of property, specifically unimproved vacant land that is unfenced.

Also, Rhode Island has regulations and requirements for signage, but they are refreshingly minimal compared to almost any other state.

Basically, the sign need only be posted in a conspicuous place and clearly visible, made from cloth, metal, or some type of paperboard, and have printed or stenciled upon it the word posted along with the forbidden activity- in this case, “no trespassing”.

Below is an excerpt from 11-44-30 concerning the requirements and types of signs that may be posted for the purpose:

11-44-30. Posting of signs – Types.
Whenever any signs are required to be posted to indicate no-trespassing, shooting, trapping, fishing, or the like, it shall be sufficient to post the land conspicuously with clear and legible signs which signs can be affixed with cloth, metal, or paperboard, or by conspicuously stencil-painting the word “Posted.”
…

No. Fencing a property, though usually a good idea if you want to protect it from trespassers, is not required in Rhode Island.

None. In Rhode Island, signage and only signage is required for posting any property of any kind against trespassers.

Though there are a few and increasing number of states that rely upon so-called “purple paint” laws for posting property against trespassing, Rhode Island is not one of them.

Though the use of a purple or orange stripes or slashes of paint on trees come up fence posts and other natural or man-made features around the perimeter of a property is relatively well known among citizenry, such marks do not have the force of law behind them in Rhode Island and should be used only for convenience or indicating purposes.

Generally not, though this will rarely be a problem that is pressed in residential areas.

So long as a solicitor or other door knocker is not jumping your fence, opening a locked gate or something like that they will rarely get in trouble for ignoring a no-trespassing sign.

Can Trespassing Result in Arrest in Rhode Island?

Yes, absolutely. Most forms of trespassing are misdemeanor crimes in Rhode Island, and though misdemeanors are typically treated as lesser offenses they are still serious crimes, one’s complete with large fines and even jail sentences of up to a year.

Certain crimes that are related to trespass in Rhode Island, or any trespassing that is done in furtherance of a crime, can result in felony charges which will absolutely entail arrest and lengthy prison terms.

Keep in mind that even the most minor quantifiable damage that occurs to fencing or any other property during trespassing might qualify as vandalism, a misdemeanor, and that could easily see a trespasser arrested, fined, and jailed. See 11-44-1 for more:

11-44-1. Vandalism – Obstruction of lawful pursuits.
(a) Every person who shall willfully and maliciously or mischievously injure or destroy or write upon, paint, or otherwise deface the property of another, or obstruct the use of the property of another, or obstruct another in the prosecution of his or her lawful business or pursuits, in any manner, the punishment of which is not specifically provided for by statute, shall be guilty of a misdemeanor and shall be fined not exceeding one thousand dollars ($1,000) and/or be imprisoned not exceeding one year, and shall be liable to make restitution for the injury or damage caused. (…)
…

Whether or not you should do this depends upon the severity of the crime and whether there is any chance of gaining compensation for the misdeed.

There are many special statutes in Rhode Island’s law books concerning trespassing and other related crimes, but one of the most relevant is found in 11-44-28, concerning trespass in or upon the premises of private recreational facilities.

You can read this one for yourself below:

11-44-28. Trespass upon premises of private recreational facilities.
Every person who willfully trespasses and remains upon the land or premises of private recreational facilities, after having been forbidden to do so by the owner or the person having control over the facility, shall be punished by a fine not exceeding five hundred dollars ($500); provided, the existing rights of fishers shall not be infringed. “Facilities” as used in this section means private property used for games, sports, or entertainment, including, without limitation, golf courses, beaches, and bathing facilities.