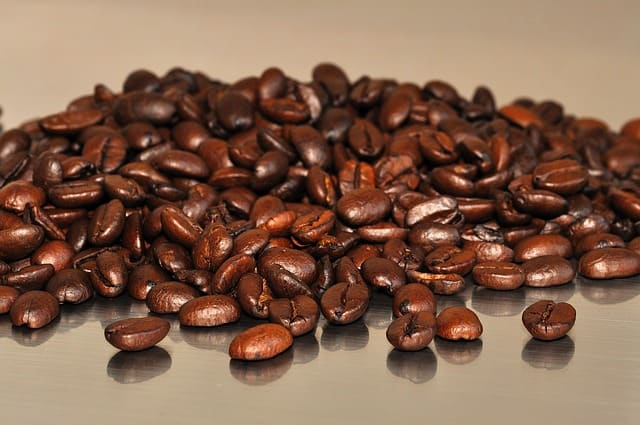 If you’re one of those folks, living in a nine-to-five world and just trying to make it through another day without falling asleep in random places, coffee is a blessing. Some people don’t function unless they’re on the second cup of coffee.

One fun fact about coffee is that it was associated with intellectual conversation in 17th century England. With just a penny back then, a person could have a cup of coffee which allegedly helped individuals flock together and form a mentally stimulating conversation.

In a situation, wherein survival may be your priority, a proper dose of alertness is just what you need to keep yourself aware of your environment and notice any potential threats. While coffee may not be part of the priority list, there are a few reasons why it’s a good idea to stockpile it when preparing for an emergency and critical situations.

The most important reason why it’s a good idea to stockpile coffee is its health benefits. Researchers have found that coffee can protect you from a number of fatal diseases such as type 2 diabetes, Parkinson’s, liver disease, cancer, and heart failure. Significant data published by researchers have found coffee actually has an inverse relationship with the aforementioned diseases. This means that the more cups of coffee you take, the fewer chances that your health will suffer.

Aside from the fact that coffee without add-ons has a very low-calorie count (two calories), it’s also a rich source of antioxidants that can prevent oxidation or the process in which your body experiences a chemical chain reaction that can eventually lead to damaged cells.

Other health risks that coffee protects you from includes Alzheimer’s, dementia and stroke. This is the bottom line: coffee can help you live longer, at least in the health department. However, it’s also important to note here that there’s a value in keeping everything in moderation. In general, anything that is more can prove to be dangerous instead of beneficial.

Another thing that can prove that coffee can be useful in times of dangerous and critical emergencies and situations is its ability to improve mental and physical capacities. The main reason many people drink coffee is because it gives them higher levels of awareness. It helps ease them from being asleep to being completely awake. This means that the main target of coffee is the brain which helps improve memory, energy levels, vigilance, and cognitive functioning.

Because coffee’s main target is the nervous system, it helps your brain send signals throughout your body to perform many functions such as breaking down fats and converting it to energy that you can draw from. Aside from this, it also increases the fight or flight hormone in your body which increases reaction time and general physical performance.

When you find yourself in a situation wherein you have either stay and fight or leave and flee, these effects of coffee might be something you will greatly appreciate. It helps think of a quick way out while being aware of your surroundings thus reducing the risks that can endanger your chances of survival. Another scenario where coffee can be a big help is when you’re on night watch duty. You’re no use to the people you wish to protect if you’re anything less than alert and awake.

Because of the easily palpable taste of coffee, you can drink your water without offending your taste buds. It gives you added nutrients and it gives you a good reason to drink at least one cup of water in a day which can help prevent dehydration, even if you have water filters and the taste won’t be an issue.

As we know, contaminated water is filled with bacteria and pathogens that can render you weak and in the worst case scenario, dying. If you like a hot cup of coffee, then you’re in luck.

If you let the water boil for at least one minute, it will kill most bacteria that could have endangered your health including Cryptosporidium, Giardia, and other viruses.

If you want something but can’t afford it, you can always barter. Coffee happens to be one of the most popular barter items in the world. Even now, coffee is the second most tradeable commodity, only defeated by oil. The reason for this is simple: raw coffee can be stored for a very long time without risking the loss of flavor.

In this sense, coffee can be your currency, especially when you need items such as food or medicine but have nothing to pay for it. Though it might hurt for you to part with your much-needed coffee, it’s always good to have a backup plan that can save you and your companions in times of need. The best way to barter coffee is to make sure that it is green coffee, also known as raw coffee. This is because coffee significantly loses its value once it has been roasted. However, this does not mean that you won’t find a way to barter in your instant coffee, especially to people who may not have the time or the tools to roast and grind it.

Remember that the best way to store coffee is to put in the freezer. Also, like most spices coffee beans will last longer than roasted or powdered coffee.

Coffee is also great for keeping your body temperature up, especially if you find yourself stranded in cold places. Holding a hot mug and letting the liquid warm up your insides can keep you from freezing to death.

Another thing that coffee is good for is how it can change the acidity of the soil. If you plan to have a portable garden with you or if you want to grow your own potatoes, you can pour coffee on the soil in to act as composting agent. Beyond this, you can add taste to your meat by rubbing the coffee and grilling it to give you a more wholesome meal.

Hygiene is another thing that coffee can help you with. Several studies have found that if you put coffee grounds on your face and rub it, you can remove lots of dead skin which, at the very least, will help you feel fresh and clean.

Aside from the physical ailments that coffee can protect you from, it can also aid in your fight against the worst enemy you can have in critical situations: yourself. In danger, alone and scared, you’re more than likely to lose hope and the will to move forward. Depression is a serious mental illness that most people fail to understand. It’s a vicious cycle that you don’t want to get caught up in. Luckily, coffee can help you.

It has been found to have the abilities to boost morale and enhancing your mood. By extension, it also reduces the risk of self-harm. This is important because if you’re alone, coffee might be the best thing that you have on hand as it can give you a few minutes to unwind and evaluate your situation while giving you the mental energy that you will need to face the day. On the other hand, if you’re trying to survive in groups, death can make or break you in a situation. In both scenarios, coffee plays an important role in giving you a sense of normalcy while at the same time giving some form of protection for your mental health.

While coffee may not be at the top of your priority list, you may still want to consider integrating it after you’ve managed to get all your basic need items together. Coffee has been proven to be beneficial in many areas such as gardening, health, hygiene, and bartering. It may not seem like much, but at the end of the day, coffee might just end up saving your life over and over again.

This is the bottom line: having a stockpile of coffee is a good idea even if you’re not an avid fan.

11 thoughts on “Reasons You Should Stockpile Coffee”