Power gels, aka energy gels are small packets of complex carbohydrate syrup, usually some combination of maltodextrin, brown rice syrup, honey, vitamins, minerals, amino acids, and flavorings. Though these are technically not power gels, I have also included packets of pureed fruits and veggies aka Baby food on this list.  These packets are nutritious, have a long shelf life, don’t require refrigeration until they are opened, and are inexpensive. Fruit and veggie purees are available under different labeling and marketing as sports supplements, but they are really the same as baby food. The difference is the serving size, price and the packaging.

The purpose of power gels are a quick, easily digested, convenient source of energy, along with some caffeine, electrolytes, vitamins and minerals to provide a boost during endurance activities such as running, bicycling, rowing, hiking, cross country skiing, or snow shoeing. It is recommended to take one packet every 15 minutes with water during endurance training. 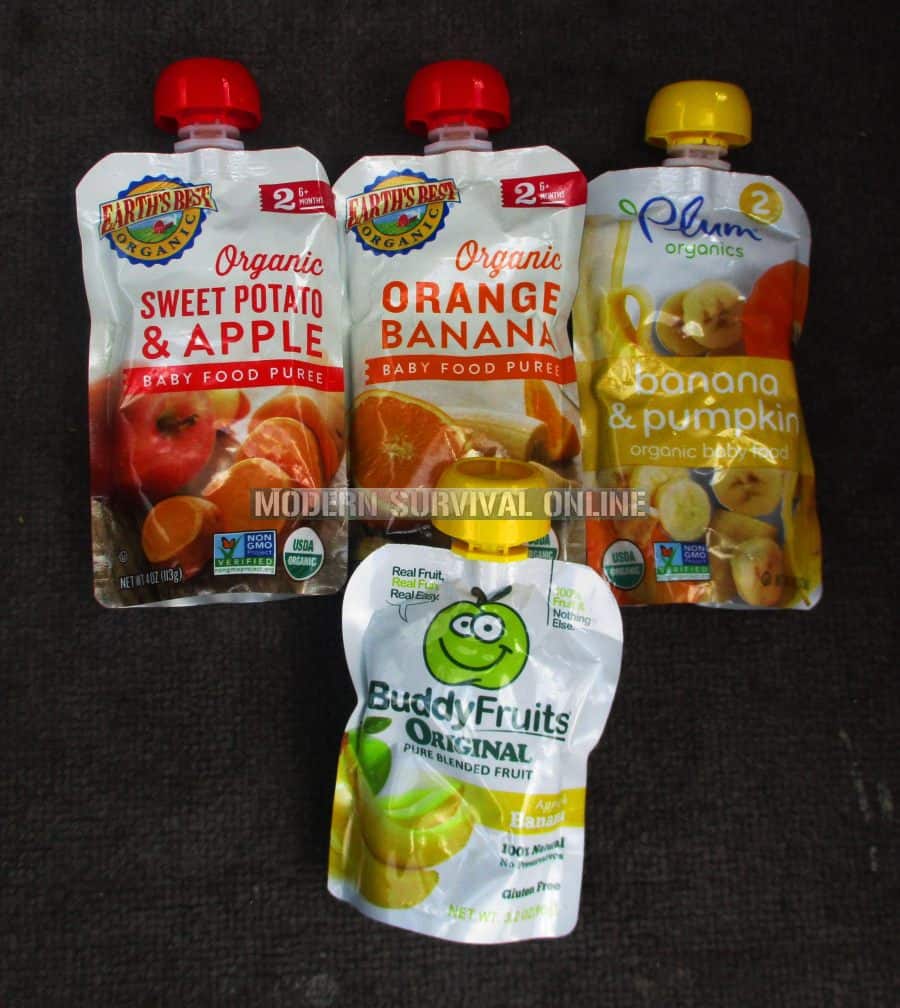 I always have a few in my EDC Bag, my office drawer, BoB, car, and at home in the pantry. I also like to use them as a substitute when I am craving something sweet without undoing my clean eating plan and I have also found them useful for relieving some of the misery of the flu. You can get creative and mix different flavors together into a squeeze container or stir them into oatmeal or other hot cereal, or put them in coffee, tea, or hot chocolate. They can also be used to top pancakes.

Here are my evaluations of some of the top brands.

According to my totally biased taste testing, the winners are:

In terms of prolonging endurance for physical and mental activity, only the gels containing caffeine seemed to do this.

How to Make Your Own Power Gel

An alternative is to make your own power gels by combining different ingredients in a squeeze bottle.

Some combinations to try:

Little foil packets or squeeze bottle of gel are convenient sources of carbohydrates, nutrients, and electrolytes, they taste good, have a lengthy shelf life, and are portable. Their flavor is a comforting morale booster, and they are a good substitute when you are craving a dessert but don’t want to disrupt your clean eating plan.

2 thoughts on “Power Gels for Survival”