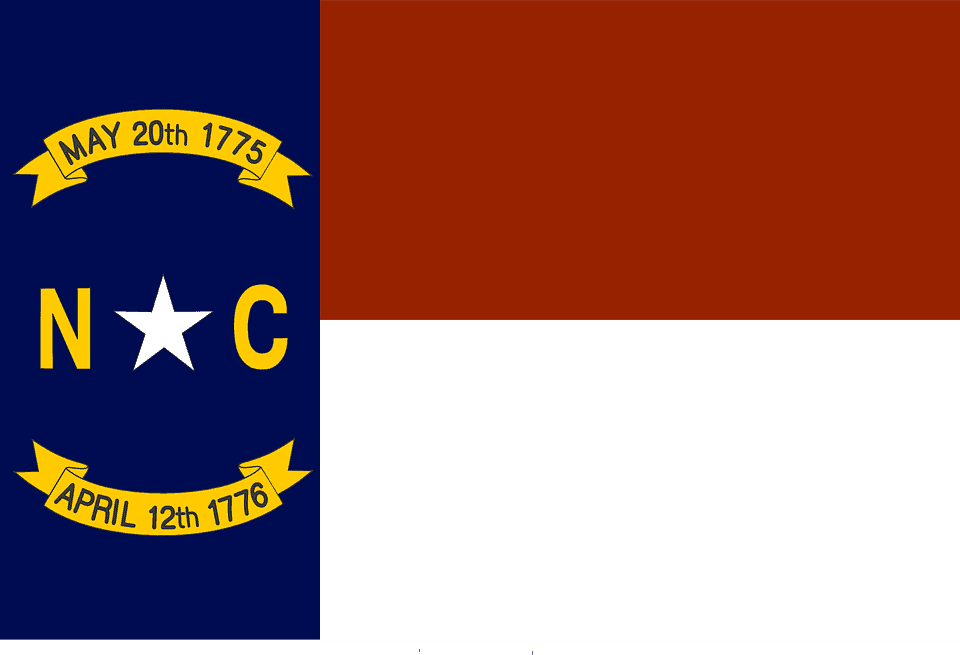 North Carolina is regrettably a state with fantastically circular, messy, and downright confusing statutes governing the ownership and carry of knives.

Several particular categories of knives are banned from ownership outright, and many common configurations of knife may not be carried concealed under any conditions.

The only class of knife that is legal for concealed carry is the incredibly vague “ordinary pocketknife”.

North Carolina is also host to a smattering of head-scratchingly stupid restrictions on when and where you may carry a knife, to include being a spectator at a parade or a member of a funeral procession. Yes, it really is that dumb.

Whether or not these laws are enforced today is a matter that is decided by court precedent, one area where North Carolina has been frustratingly erratic.

In the remainder of this article I will do my best to help make sense of the mess and explain the most salient points to you when it comes to ownership and carry of knives in North Carolina.

Though you can own most types of knives in North Carolina that is where much of the good news ends.

The explicitly forbidden types of knives are ballistic knives and any other knife that launches its blade as a projectile. The state statutes specifically mention spring-loaded projectile knives, ballistic and any knife with similar characteristics to a ballistic or projectile knife.

North Carolina is so hell-bent against these obscure and strange knives that even police officers are banned from owning or possessing them except under the strictest of technical demonstration standards.

North Carolina also lacks any sort of statewide preemption when it comes to knife laws, and several cities and jurisdictions have knife regulations significantly more troublesome than the states already troublesome statutes. Make sure you learn the lay of the land when you are traveling into or around North Carolina with a knife in tow.

The concealed carry law regarding knives is an absolute and total debacle in North Carolina. The only knife you are allowed to carry concealed is an “ordinary pocketknife”. Oh no, not this term again!

What is an ordinary pocket knife?

I can tell you for sure that it is very poorly defined in the text of North Carolina’s state statutes, but as described in the text of the law an ordinary pocket knife is a small knife that is intended to be carried in a pocket or purse, one that also has its cutting-edge and point completely enveloped and covered by the handle.

Hold on tight, because the show is not over yet: the state further opines that an ordinary pocket knife is one not opened by any throwing, explosive or spring action.

After that, they say no more. What can we deduce from this shabby explanation? For one, any automatic knife or switchblade, along with any assisted opening knife of any type is definitely going to be a no-go.

Throwing and explosive action are both more difficult to deduce. Throwing action was almost certainly not intended to mean a knife that opens while in flight after being thrown, but instead refers to something like a flick of the wrist sort of a motion to open it. This is most likely intended to disqualify butterfly knives and balisongs.

As for explosive action, your guess is probably as good as mine. Does it mean an explosive action of the arm, hand or wrist or some propulsive opening mechanism like an elastic band, gas charge or propellant charge?

Once again the state does not clarify, but since they already have a standing use of the term ballistic knife this seems unlikely.

The bottom line is that you should only carry the most mundane kind of pocket knives if you are going to carry a knife concealed in the state of North Carolina.

North Carolina makes no distinction between carrying a knife concealed with a permit as opposed to without. Obtaining a permit will grant you no additional permissions.

Open carry at least is a somewhat happier subject, as you may openly carry any legal kind of knife, including certain types of knives that are illegal to carry concealed such as daggers, dirks, gravity knives and more. Ballistic knives are still illegal however.

You may not carry your knife, of any kind, at any public or private school or university.

North Carolina’s laws are restrictive, vague and generally unhelpful when it comes to the carry of knives, specifically the concealed carry of anything beyond the most mundane pocket knives.

Whether or not you have a concealed weapons permit makes no difference; North Carolina does not want you carrying anything more than a utility blade concealed in the state.

This is a state whose knife laws are long overdue for overhaul, but unfortunately it does not appear anywhere on the horizon. Too bad for residents and visitors.

(a) It shall be unlawful for any person willfully and intentionally to carry concealed about his or her person any bowie knife, dirk, dagger, slung shot, loaded cane, metallic knuckles, razor, shuriken, stun gun, or other deadly weapon of like kind, except when the person is on the person’s own premises.

(a1) It shall be unlawful for any person willfully and intentionally to carry concealed about his or her person any pistol or gun except in the following circumstances:

(1) The person is on the person’s own premises.

(a2) This prohibition does not apply to a person who has a concealed handgun permit issued in accordance with Article 54B of this Chapter, has a concealed handgun permit considered valid under G.S. 14-415.24, or is exempt from obtaining a permit pursuant to G.S. 14-415.25, provided the weapon is a handgun, is in a closed compartment or container within the person’s locked vehicle, and the vehicle is in a parking area that is owned or leased by State government. A person may unlock the vehicle to enter or exit the vehicle, provided the handgun remains in the closed compartment at all times and the vehicle is locked immediately following the entrance or exit.

14-269.4. Weapons on certain State property and in courthouses.

It shall be unlawful for any person to possess, or carry, whether openly or concealed, any deadly weapon, not used solely for instructional or officially sanctioned ceremonial purposes in the State Capitol Building, the Executive Mansion, the Western Residence of the Governor, or on the grounds of any of these buildings, and in any building housing any court of the General Court of Justice. If a court is housed in a building containing nonpublic uses in addition to the court, then this prohibition shall apply only to that portion of the building used for court purposes while the building is being used for court purposes.

This section shall not apply to any of the following:

(6) A person with a permit issued in accordance with Article 54B of this Chapter, with a permit considered valid under G.S. 14-415.24, or who is exempt from obtaining a permit pursuant to G.S. 14-415.25, who has a firearm in a closed compartment or container within the person’s locked vehicle or in a locked container securely affixed to the person’s vehicle. A person may unlock the vehicle to enter or exit the vehicle provided the firearm remains in the closed compartment at all times and the vehicle is locked immediately following the entrance or exit.

(a) It shall be unlawful for any person participating in, affiliated with, or present as a spectator at any parade, funeral procession, picket line, or demonstration upon any private health care facility or upon any public place owned or under the control of the State or any of its political subdivisions to willfully or intentionally possess or have immediate access to any dangerous weapon. Violation of this subsection shall be a Class 1 misdemeanor. It shall be presumed that any rifle or gun carried on a rack in a pickup truck at a holiday parade or in a funeral procession does not violate the terms of this act.

(c) The provisions of this section shall not apply to a person exempted by the provisions of G.S. 14-269(b) or to persons authorized by State or federal law to carry dangerous weapons in the performance of their duties or to any person who obtains a permit to carry a dangerous weapon at a parade, funeral procession, picket line, or demonstration from the sheriff or police chief, whichever is appropriate, of the locality where such parade, funeral procession, picket line, or demonstration is to take place.

(d) The provisions of this section shall not apply to concealed carry of a handgun at a parade or funeral procession by a person with a valid permit issued in accordance with Article 54B of this Chapter, with a permit considered valid under G.S. 14-415.24, or who is exempt from obtaining a permit pursuant to G.S. 14-415.25. …

14-269.2. Weapons on campus or other educational property.

(a) The following definitions apply to this section:

(1) Educational property. – Any school building or bus, school campus, grounds, recreational area, athletic field, or other property owned, used, or operated by any board of education or school board of trustees, or directors for the administration of any school.

(1a) Employee. – A person employed by a local board of education or school whether the person is an adult or a minor.

(1b) School. – A public or private school, community college, college, or university.

(2) Student. – A person enrolled in a school or a person who has been suspended or expelled within the last five years from a school, whether the person is an adult or a minor.

(3) Switchblade knife. – A knife containing a blade that opens automatically by the release of a spring or a similar contrivance.

(d) It shall be a Class 1 misdemeanor for any person to possess or carry, whether openly or concealed, any BB gun, stun gun, air rifle, air pistol, bowie knife, dirk, dagger, slungshot, leaded cane, switchblade knife, blackjack, metallic knuckles, razors and razor blades (except solely for personal shaving), firework, or any sharp-pointed or edged instrument except instructional supplies, unaltered nail files and clips and tools used solely for preparation of food, instruction, and maintenance, on educational property.