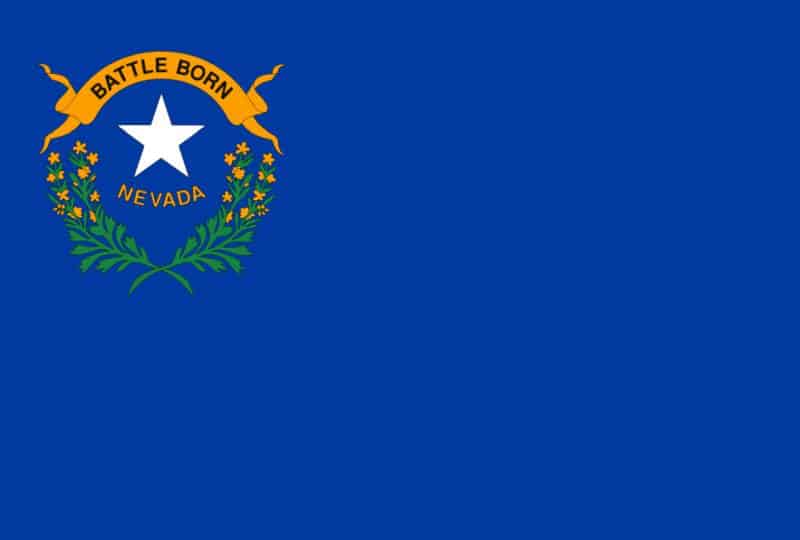 Nevada is a state with all around excellent knife laws, marred only by one single, ugly flaw. Nevada allows its citizens to own and carry virtually any kind of knife that utilizes any action with a blade of any length with the sole exception of machetes.

This applies whether or not a citizen has a permit issued by the state or issued by another state that has reciprocity with Nevada; you can carry full-time, all the time in Nevada.

But now for the bad news: the state lacks any preemption law when it comes to knives, and that means you will occasionally run into local county and city laws that are more restrictive than the state’s own laws, especially in larger settlements like Las Vegas and Reno.

Considering that California is right next door and indeed that “Californication” is well underway in the state of Nevada we should probably just count our blessings and be thankful.

Nevada’s laws are not the very picture of accessibility but they are easy enough to understand once you go through them a couple of times. We have done most of the reading so you don’t have to and will give you the most relevant facts regarding the ownership and carry of knives below.

Nevada’s statutes are extremely permissive concerning what kinds of knives you may own and possess. In fact, there is very little on the books with regards to knives, or at least specifically classified types of knives that face special restriction in various circumstances.

Of all the many kinds of knives you might own and carry, every single one you can think of is legal in the state of Nevada.

The only potential restriction against possession when it comes to bladed weapons is what Nevada calls “trefoils”, a term that the state further defines as any instrument consisting of a metal plate having three or more radiating points with sharp edges, taking on the appearance of a star, cross or other geometric figure and employed as a throwing weapon.

This is a peculiar choice of words for labeling what most call a throwing star or shuriken, but that is indeed what they are talking about. They are not patently illegal in the state, but one may not possess them with intent to harm another.

So now I’m going to wait so long as you are not in possession of throwing stars and planning on sticking them in somebody who has crossed you you should be in the clear.

Violating any simple possession statute will get you a misdemeanor charge.

Be aware that Nevada does not have any preemption statute concerning knives and you will have to contend with local laws in the larger cities, particularly Las Vegas and Reno.

Included in these local prohibitions are restrictions on length and type, so things can get sticky depending on what kind of knife you prefer to carry. Make sure you locate, read and understand all local laws before carrying any knife more threatening than a simple pocket knife.

Regarding concealed carry, Nevada remains highly permissive, with the only restrictions being on trefoils as mentioned above and also, somewhat puzzlingly, machetes.

I know this is of little concern to anyone who is carrying a knife for “serious” purposes since machetes are very difficult to conceal and not ideal as far as defensive weapons goes, but one must take care because “machete” is not defined anywhere in Nevada’s state statutes.

Potentially, the broader interpretation of what a machete is might be warped and turned against you in court proceedings.

If someone makes the argument that a machete is simply a long, broad knife used for chopping and slashing then anyone who carries a similarly large fixed blade knife might be in trouble.

Again, this is speculation but this is not something you want to figure out in the aftermath of an event or a possession charge. Like the saying goes, don’t be the test case!

This is going even further down the rabbit hole, but it is possible to obtain a special permit to carry a machete concealed if you want to plead your case to the sheriff of the county you live in.

Of course, it would be best if we didn’t have to go through such hullabaloo and could carry whatever we want, but considering the machete is such a niche tool I’m not going to complain too much about it.

The state of Nevada makes no distinction when it comes to carrying knives concealed with or without a concealed weapons permit issued by the state or another state’s permit that is accepted by Nevada. So long as you do not carry throwing stars with the intent to harm anyone else or carry a machete concealed you will not have any problems wherever you go.

Nevada has no restrictions on the open carry of knives of any kind, save that one should always use discretion in order to ensure that you do not scare or alarm passers-by, which might get you hit with disturbance charges.

You cannot carry your knife onto the grounds or into the facility of any school, whether or not it is public or private, or aboard any school vehicle or vehicle that is servicing a school event. You also cannot carry into any childcare facility, including daycares.

Note that it is theoretically possible to obtain permission from a school’s ranking official or the operator of any childcare facility to carry your weapon inside legally. Unless this individual in question is personally known to you and trusted, you would be wise to get such permission in writing.

It is worth mentioning that the carry of certain types of knives is explicitly forbidden onto the grounds of a school or into a childcare facility whether or not you have permission. Included on this list are switchblades, trefoil, dirks and daggers.

You should also know that the state statutes do not have a specific definition of “dirk” or “dagger”, and this can leave you open to getting railroaded by interpretation. If you do obtain permission to carry a knife on to the grounds of a school or into a childcare facility you would be wise to keep that knife as pedestrian as possible.

Nevada is a generally excellent state when it comes to the carry of knives, and is hampered only by its lack of statewide preemption and a curious restriction on the concealed carry of any machete.

You will have to be on the lookout for restrictive local laws as you travel, because they can be a significant impairment in the larger cities.

1. Every citizen has the right to keep and bear arms for security and defense, for lawful hunting and recreational use and for other lawful purposes.

(a) Manufacture or cause to be manufactured, or import into the State, or keep, offer or expose for sale, or give, lend or possess any instrument or weapon of the kind commonly known as a blackjack, slungshot, billy, sand-club, sandbag or metal knuckles;

(b) Manufacture or cause to be manufactured, or import into the State, or keep, offer or expose for sale, or give, lend, possess or use a machine gun or a silencer, unless authorized by federal law;

(c) With the intent to inflict harm upon the person of another, possess or use a nunchaku or trefoil; or

(d) Carry concealed upon his or her person any:

(1) Explosive substance, other than ammunition or any components thereof;

(3) Pistol, revolver or other firearm, other dangerous or deadly weapon or pneumatic gun.

(1) For the first offense, of a gross misdemeanor.

(2) For any subsequent offense, of a category D felony and shall be punished as provided in NRS 193.130.

3. Except as otherwise provided in this subsection, the sheriff of any county may, upon written application by a resident of that county showing the reason or the purpose for which a concealed weapon is to be carried, issue a permit authorizing the applicant to carry in this State the concealed weapon described in the permit. This subsection does not authorize the sheriff to issue a permit to a person to carry a pistol, revolver or other firearm.

4. Except as otherwise provided in subsection 5, this section does not apply to:

(a) Sheriffs, constables, marshals, peace officers, correctional officers employed by the Department of Corrections, special police officers, police officers of this State, whether active or honorably retired, or other appointed officers.

(b) Any person summoned by any peace officer to assist in making arrests or preserving the peace while the person so summoned is actually engaged in assisting such an officer.

(c) Any full-time paid peace officer of an agency of the United States or another state or political subdivision thereof when carrying out official duties in the State of Nevada.

(d) Members of the Armed Forces of the United States when on duty.

5. The exemptions provided in subsection 4 do not include a former peace officer who is retired for disability unless his or her former employer has approved his or her fitness to carry a concealed weapon.

8. As used in this section:

(a) “Concealed weapon” means a weapon described in this section that is carried upon a person in such a manner as not to be discernible by ordinary observation.

(b) “Honorably retired” means retired in Nevada after completion of 10 years of creditable service as a member of the Public Employees’ Retirement System. A former peace officer is not “honorably retired” if he or she was discharged for cause or resigned before the final disposition of allegations of serious misconduct.

(i) “Trefoil” means an instrument consisting of a metal plate having three or more radiating points with sharp edges, designed in the shape of a star, cross or other geometric figure and used as a weapon for throwing.