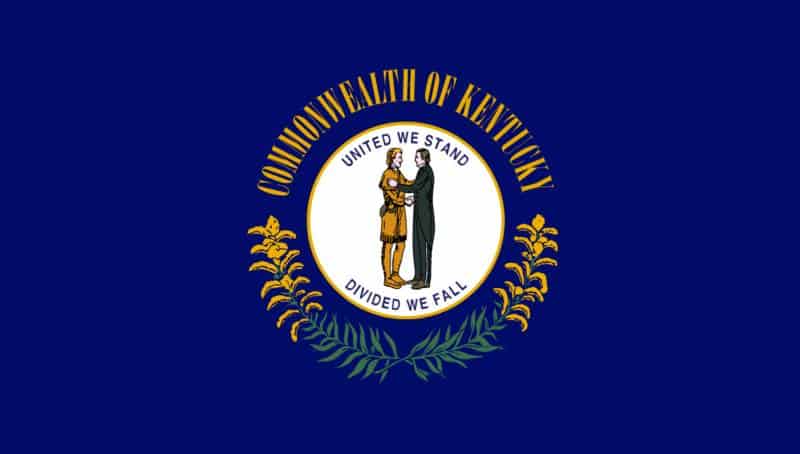 Kentucky is a solid state for carriers of knives, and you can own pretty much any kind of knife you want while being broadly allowed to carry the same.

That being said, you should be aware that the state statutes do introduce some doubt as to what kind of knife you are allowed to carry concealed if you lack a valid concealed weapons permit or are under 21 years old.

This gets a little fuzzier once you consider the fact that Kentucky passed a “constitutional carry” bill in 2019, meaning that a permit was no longer required to carry certain weapons concealed.

Regrettably, though Kentucky has good preemption statutes for firearms they lack a similar statute protecting knives, so you’ll need to brush up on local county and city laws when traveling.

Read on a little bit farther and we will provide you with more details to help you get the lay of the land in the Bluegrass State.

Happily, there is no type of knife, blade length or specific configuration that is banned outright in the state of Kentucky.

You can own any kind of knife you want, including such commonly banned or restricted types as Bowie knives, dirks, daggers, push knives, butterfly knives, automatic knives or switchblades, gravity knives and so forth.

Unfortunately, Kentucky’s stalwart statewide preemption on firearms laws does not apply to knives, so you could potentially run into trouble in various counties and cities, with the larger cities of Louisville and Lexington being most likely to have knife laws that run counter to the general attitude of permissiveness in the state laws.

That being said, to my knowledge there has not been any major trial resulting from this discrepancy, but none the less ignorance of the law is no excuse at any level, and you are entirely responsible for obeying the laws of the place you are in.

Concealed carry of deadly weapons, including most types of knives of any length, is legal in Kentucky without a permit so long as you are 21 years old or older.

This is thanks to the passage of a 2019 constitutional carry bill that allows for the carry of such weapons with no permit required. Prior to the passage of this bill one had to have a concealed weapons permit to carry any type of knife except an ordinary pocket knife or hunting knife.

Note that anyone under the age of 21 years old is only allowed to carry an ordinary pocket knife or hunting knife.

This is troublesome in Kentucky because, like the vast majority of states, there is no definition that one can use as a guideline for what constitutes an ordinary pocket knife, or a hunting knife.

This can leave room for you to get in trouble if you are under the age of 21 and carrying a knife that a police officer or a judge finds to be “unordinary” and not a hunting knife.

If you are age 21 or older and are not a felon, you can enjoy the protection and freedom of constitutional carry in Kentucky, being allowed to carry any kind of knife you want concealed.

Open carry is permissible in Kentucky, but once again anyone that is under the age of 21 should exercise maximum caution and choose a knife that a reasonable person is likely to categorize as an ordinary pocket knife or hunting knife.

You may not carry your knife onto the grounds of any public or private school in the state of Kentucky, grades kindergarten through high school, including vehicles, events and athletic fields. Note that this restriction does not apply to any post-secondary schools.

Kentucky is a solid-state for knife owners, and thanks for the passage of their constitutional carry bill in 2019 anyone who is aged 21 years or older can carry any type of knife they want openly or concealed.

However, anyone under the age of 21 may only carry what the state calls an ordinary pocket knife or a hunting knife, neither of which is defined in the state statutes. A lack of statewide preemption results in the deduction of a few points of what is otherwise a good score, but most local knife laws in the state are similarly permissive.

(1) No person, unit of government, or governmental organization shall, during a period of disaster or emergency as specified in KRS Chapter 39A or at any other time, have the right to revoke, suspend, limit the use of, or otherwise impair the validity of the right of any person to purchase, transfer, loan, own, possess, carry, or use a firearm, firearm part, ammunition, ammunition component, or any deadly weapon or dangerous instrument.

(2) No person, unit of government, or governmental organization shall, during a period of disaster or emergency as specified in KRS Chapter 39A or at any other time, take, seize, confiscate, or impound a firearm, firearm part, ammunition, ammunition component, or any deadly weapon or dangerous instrument from any person. Local governments may establish reasonable restrictions limiting weapons in government offices and facilities.