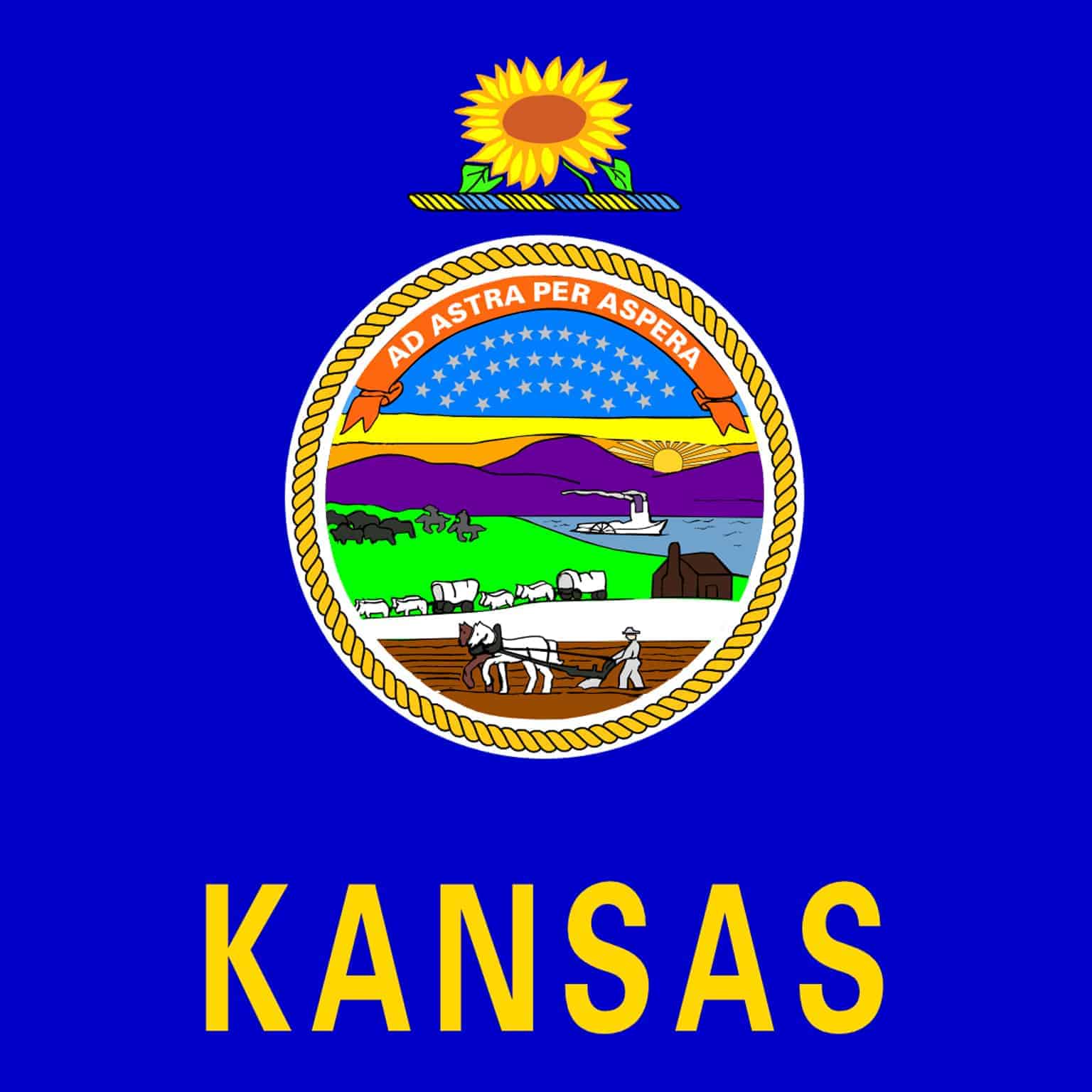 Trespassing is often thought of as a very minor crime, but it can turn out to be really serious business, especially if it is done in furtherance of another crime or is done wantonly.

It is especially important that all citizens learn and understand property and trespassing laws both so that they can avoid accidentally trespassing on the property of others, and also so they may protect their own dwelling and lands against trespassers.

Kansas is a state with generally clear and easy-to-understand trespassing laws, and aside from a few intricacies regarding fencing and signage they should make sense to pretty much everyone.

This article will serve as your entry-level guide to understanding Kansas trespassing law, and where appropriate we have included the exact text of the state statutes so that you can read it for yourself.

What Constitutes Trespassing in Kansas?

Kansas law sticks to the broadly traditional interpretation of a criminal trespassing throughout the state statutes.

The statutes defined criminal trespass as the entering in or remaining upon any land, body of water, structure, or vehicle (including aircraft and boats) by any person who is not authorized or privileged by law to do so, or who does so in defiance of an order to stay out and away or to leave the premises by the property’s owner or other authorized agent of the owner.

Note that for criminal trespass charges to apply, the person must be specifically notified against doing so either directly or in writing, or by the property being posted against trespassers, fenced, blocked or otherwise enclosed in such a way as to preclude unhindered access.

You can read the most relevant part of the law in section 21-5808 below:

(a) Criminal trespass is entering or remaining upon or in any:
(1) Land, nonnavigable body of water, structure, vehicle, aircraft or watercraft by a person who knows such person is not authorized or privileged to do so, and:
(A) Such person enters or remains therein in defiance of an order not to enter or to leave such premises or property personally communicated to such person by the owner thereof or other authorized person;
(B) such premises or property are posted as provided in K.S.A. 32-1013, and amendments thereto, or in any other manner reasonably likely to come to the attention of intruders, or are locked or fenced or otherwise enclosed, or shut or secured against passage or entry; or
…

Does Kansas Require “No Trespassing” Signs?

Yes, in some instances. First, if you want to post your land against the taking of wildlife by hunters, including fishermen and trappers.

Second, if you reread the statutes in the first section you will see that the posting of land in accordance with 32-1013 is required to charge someone with trespassing and the absence of direct notification verbally or in writing.

(a) Any landowner or person in lawful possession of any land may post such land with signs stating that hunting, trapping or fishing on such land shall be by written permission only. It is unlawful for any person to take wildlife on land which is posted as provided in this subsection, without having in the person’s possession the written permission of the owner or person in lawful possession thereof.
…

Yes, in some instances. In the same way that the posting of signage is required, fencing or other enclosures against entry may serve as a substitute for notification against trespassing.

Notably, Kansas is a state that has what are popularly known as purple paint laws.

These laws, broadly speaking, allow paint markings to be placed on posts or trees to notify people against trespassing.

Specifically, Kansas law allows 8 inch or longer vertical lines of a purple paint to be placed on post or trees at around eye level of between 3 and 5 feet from the bottom of the tree or post.

So long as they are readily visible to anyone approaching the property, they can serve instead of fencing or specific no trespassing signage.

You can read the specifics on these markings and the latter half of 32-1013.

No. If your property, residential or otherwise, has been posted against trespassing solicitors cannot just ignore it.

Now, it is unlikely for otherwise harmless solicitation to result in the arrest of the person doing the soliciting, but you could definitely have a case for taking them to court if you really wanted to press the issue.

Can Trespassing Result in Arrest in Kansas?

Absolutely. Though most forms of trespassing are merely misdemeanors in the state of Kansas, these misdemeanor charges can result in a substantial fine and even a lengthy stay in jail.

You should never trespass on someone else’s land knowingly for this reason, and you don’t have to put up with anyone trespassing on your land or other property for any reason.

Yes. Trespassing is a crime, and especially aggravated violations in the form of repeat offenses, trespassing with malice or the intent to further or commit a crime, or a history of trespassing can easily result in grounds for a case if you want to take someone to court.

This is not to say, however, that you did not worry about being dragged to court yourself just because you have never trespassed before or because you didn’t damage anything while trespassing on someone else’s land.

Special Instances of Trespassing in Kansas

Trespassing on railroad properties may result in felony charges in the state of Kansas.

This is defined as entering or remaining upon any railroad property knowing that is our own property, or doing anything recklessly that causes the derailment of a train, rail car, or other rail-mounted equipment.

Also considered trespassing on a real-world property is interfering in any way with the lawful use of a private or public railroad crossing.

Also keep in mind that trespassing on railroad property does not require specific notification, defeating of gates, fences, or other barriers, or entering in defiance of signage for you to be charged.

Basically, if you know, or even suspect, that is railroad property or equipment you had better stay well away from it unless you have a specific reason and permission to be there.