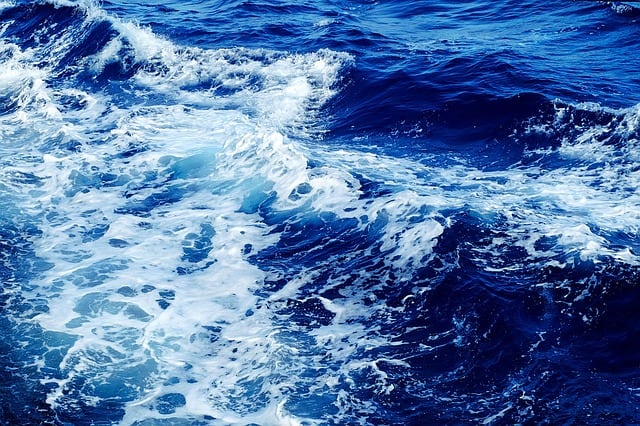 Even though you can’t drink salt water, otherwise known as saline water, what you can do is turn it into fresh water, through a process called desalination. This process is being used more and more as a viable means to get freshwater for those who need it. It’s also very applicable in a survival or grid down scenario where freshwater may not be so available.

Throughout most of the United States, the overwhelming majority of people are able to access more than enough freshwater.  However, in some areas of the country, freshwater is in shorter supply. With the population of the country growing, this means that freshwater shortages could become more prevalent, making it a major issue our country and other countries could face.

As a result of our freshwater supplies becoming more strained, seawater is becoming more of an important resource across the globe.  Many nations have debated the use of renewable-powered, solar desalination power plants and several have already begun to set them up.  Only time will tell if these power plants are successful or not.

THE DANGERS OF DRINKING SALINE WATER

It’s ultimately more dangerous to drink high quantities of saline or salt water than it is to not drink it at all. Consuming excessive amounts of salt can destroy the kidneys. The human kidneys are simply not designed to be able to handle such a large volume of salt. Furthermore, a large intake of salt makes you thirstier, and could cause you to want to drink more saline water.  For every gallon of salt water that you drink you’ll need to drink at least one gallon of freshwater to ‘get back to normal’ so to speak.

When your body does not receive the freshwater it needs, it starts to shut down beginning with your internal organs and then your brain. Once your brain becomes affected, you will begin to lose your normal mental cognition, start hallucinating, and maybe even go crazy. If you get literally no freshwater into your body, you can die in about three days.

To put it in broader terms, drinking large volumes of saline water without getting any freshwater into your body only increases the speed of dehydration. If you’re out in the sun and sweating while this happens, then the process of dehydration occurs even faster.

This is why it is such a valuable skill to be able to turn saline/salt water into freshwater. Desalination is easily your best defense against dehydration if you have nearly unlimited access to salt water but absolutely no access to fresh water.

Unfortunately, turning saline water into freshwater is a skill that not very many people know. But it’s also an incredibly simple skill, at least in theory. The reason why this skill could be considered ‘simple’ is because all that it involves is removing the dissolved salt in the saline water in order to make it freshwater. The only thing that makes this process not so simple is the actual process for doing it.

Fortunately, we’re going to teach you three different methods for how you can turn saline water into fresh water. Anyone who lives in or near an area close to the coast should absolutely learn desalination. If you lack access to rivers and lakes or if you encounter a drought, gathering water from the ocean may be your only realistic option. In this scenario, it could very well be that this skill is what saves your life.

WHAT GIVES WATER ITS SALINITY?

You might be wondering what category oceans fall into out of these four categories. Oceans have a concentration of at least 35,000 PPM, meaning that they are heavy in saline water. But since the three methods of converting saline water into fresh water works for saline water from the oceans, you can take comfort in knowing that it will work for all of the other categories as well.

Next, let’s start with our first of three methods for turning salt water into fresh water:

This method is the most commonly used of our three methods, which is why we will discuss it first. To do this method properly, use the following steps:

You can repeat this process as often as you want until you get your desired amount of water. The freshwater that forms out of this method is also completely desalinated and therefore safe to drink.

A good visual demonstration of this method can be found here:

Using this salt water to freshwater conversion method, you’ll be able to get more freshwater than with the previous method. But the trade-off is that this method requires you to use a little more energy to do it.  However, if you’re desperate for water, then expending that little bit of extra energy may be worth it.

Here is a step-by-step process for completing the evaporation distillation method properly:

As with the previous method, the water in the new container will be completely desalinated and safe for drinking.

The third and final method, we will explore for turning salt water into drinking water, is the pot and stove method:

Drink the water when it has cooled down to an acceptable temperature.  You can watch a visual demonstration of this method here:

What’s ironic about Earth is how water is in great abundance all around us, but less than a percent of it is actually safe to drink. As we discussed earlier in this article, drinking salt water can cause kidney failure, rapid dehydration, and can even lead to death. This is why it is so important that you know how you can convert salt water into safe for drinking freshwater when you only have access to salt water. Not only can learning this skill save your life, but it could save the lives of your family members as well.

4 thoughts on “How to Turn Salt Water into Drinking Water”