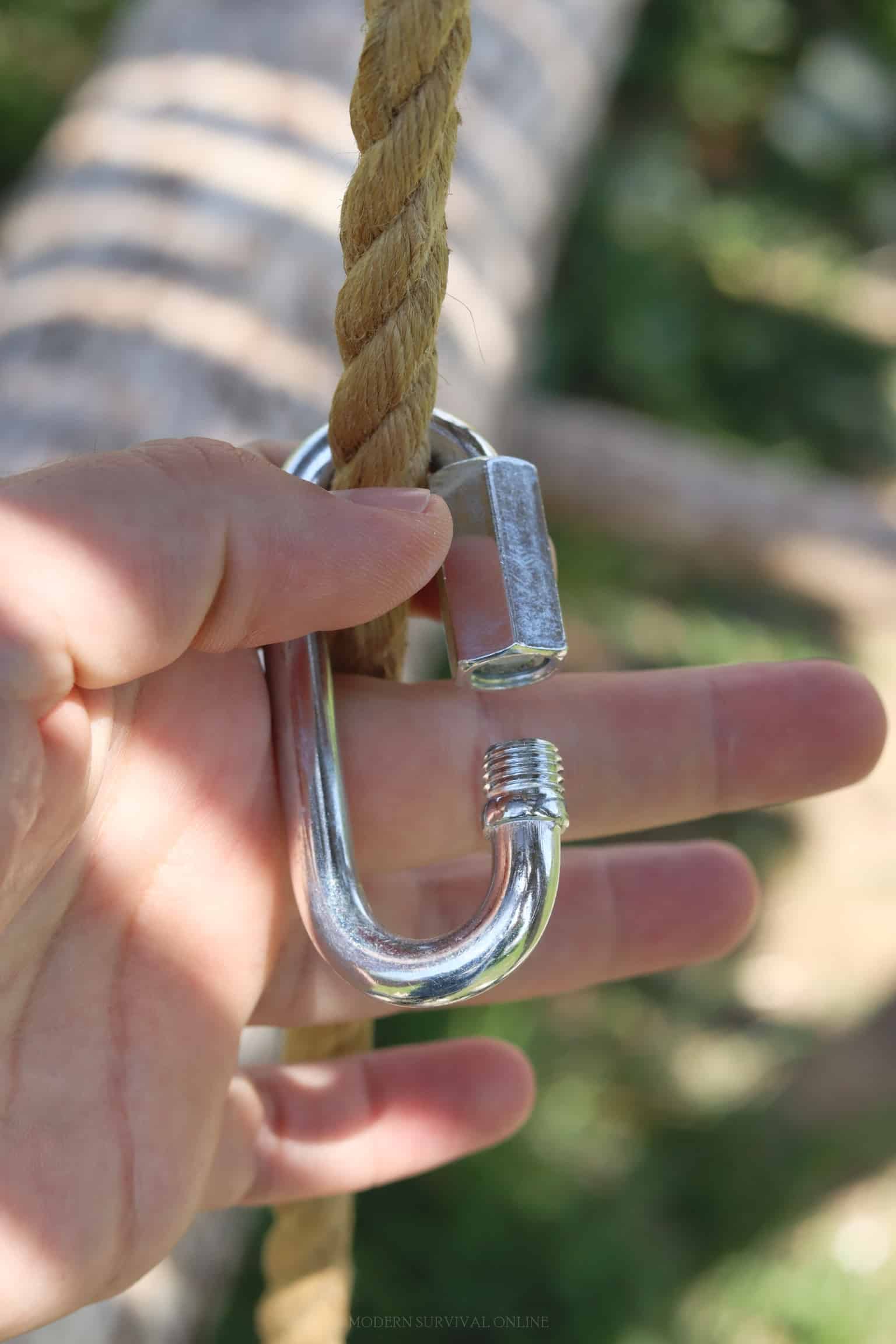 If you engage in climbing as a pastime, professional pursuit or in any other capacity you likely have cause to use carabiners day in and day out.

But even if you aren’t working in high places you have probably seen these D- or oval-shaped clips attached to backpacks, key rings, wrenches and anything else that needs to be handily attached to something else or hung nearby.

But many of these devices, though they look similar or identical are not true carabiners, instead being generic snap hooks. What’s the difference?

All carabiners are snap hooks, but not all snap hooks are carabiners. Both feature a one-way, spring loaded gate that opens inward to allow quick one-handed attachment. Carabiners are rated to support higher loads, but snap hooks can be made of plastic.

Depending on the activity you are engaging in, mistaking one for the other could have fatal consequences.

Even if you are never leaving Terra Firma, learning the difference between carabiners and garden variety snap hooks will save you money and let you use the right tool for the job. Keep reading to learn more.

A snap hook is defined as a small metal or plastic ring or loop that is designed to attach a load to standing rope or some other firm point by means of a one-way gated opening that opens when pressed inward.

In practice, this allows the snap hook to be pressed into and snapped over a rope, with the gate closing under its own built-in spring tension once the rope is enclosed by the snap hook.

Snap hooks have been around for a very long time, and used in all kinds of applications, from industrial settings to completely mundane utilitarian chores.

Chances are you have seen snap hooks used for equipment straps, dog leashes, key rings and more throughout your travels.

The ability to quickly attach something to something else with assurance that it will not easily come undone no matter how it is handled while still being easy to remove with a minimum of fuss is valuable for a wide variety of chores.

What is a Carabiner Anyway?

A carabiner is very much like a typical snap hook in many ways, and a carabiner definitely meets the definition of snap hook.

Compared to snap hooks, carabiners are available in a smaller but more distinct number of sizes and configurations, and all carabiners are designed for safely bearing substantial loads when attached to a rope or other rigging.

The word carabiner is a funny one, and in English is derived from the German word for “carbine hook”, with a carbine being a compact rifle and hook being the attachment point used to connect a sling to the rifle. A little bit of mashing up, and presto, we have the English word “carabiner.”

In mundane usage, we see carabiners used for all the same things that snap hooks are used for, most commonly on key rings, attached to backpacks, carrying water bottles and so forth. Quick and easy operation with reliable attachment is the same more or less.

The biggest difference between a proper carabiner and a snap hook is it a carabiner is intended to bear a load, typically quite a large one, and is purpose designed for use in climbing, rappelling and other pursuits that require ropes, webbing and harnesses to conduct safely. Garden variety snap hooks are not.

How can you tell the difference, if all carabiners are indeed snap hooks of a sort and much of the time the two could look more or less identical?

Simple: all carabiners made by reputable manufacturers will be marked accordingly and will prominently feature a ‘kN rating’, meaning kilo-Newtons, to advise the user of what kind of load they can bear.

Actually, it describes a specific gravity as you weigh much more as far as the carabiner is concerned after coming to a sudden stop from an unexpected fall than you do at a dead hang.

Additionally, many carabiners feature an additional locking system or sleeve that slides over the movable gate and closes over the tip or nose of the body of the carabiner.

This locking system provides additional assurance that it will not inadvertently open when the user can least afford it.

Try to use some cheap, chintzy snap hook for the purpose and you are probably going to go plummeting to your end, or that vital equipment to your trying to spend will go crashing to the ground with a heartbreaking and wallet emptying crunch.

Never, Ever Use a basic Snap Hook for High-Risk Loads!

Snap hooks might be fine in service as a caller attachment on a dog leash, for hanging a water bottle or other gear from your backpack or for keeping your keys safely in your pocket or on your belt loop but as a rule they are not rated for serious, life or death usage.

Purchasing carabiners for a live climb event is a bit trickier than it has ever been unless you are purchasing from a known quantity upstanding retailer with a brick and mortar store or a vetted online presence.

Many legitimate, high end brands of carabiner that are rightly respected for their strength and performance in extreme conditions are knocked off by Chinese factories with frightening rapidity and proliferation.

Trying to purchase what seems to be a quality model of carabiner at a discount can often lead to folly as you are buying what is in reality a fake, however convincing the markings, color and other details might be.

If you are unfortunate enough to fall prey to one of these knock off carabiners you may yet discover the price of false economy you foolishly pursued.

For screwing around or everyday use, a snap hook is probably adequate for mundane tasks and chores, but never trust them to a real climbing operation and always ensure that you purchase proper carabiners from a reliable, trusted source.

Almost the Same, yet Different

Snap hooks and carabiners are different, even though certain models may appear identical for all intents and purposes.

All carabiners are a type of snap hook, but a legitimate carabiner is intended to support a substantial load during a climbing operation whereas a snap hook is not.

Both operate via way of a spring loaded, one-way gate designed to allow easy attachment to a rope or other firm point but there their performance similarities end.