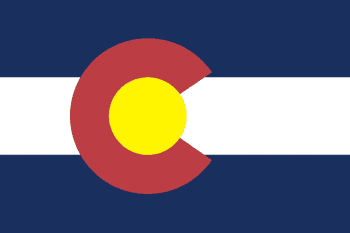 Colorado is a state that is rapidly moving away from its culture of independence and self-determination, instead becoming infected by the same type of overbearing pro-intrusion bugthought that has laid low California and much of Cascadia.

This is evident in its increasingly restrictive laws on weapons and regrettably that includes the carry of common knives.

Colorado does not have too many restrictions on what knives you can own or the type of knife you can carry, but it does have a fairly odious regulation against blade length, with only short blades being legal for concealed carry with or without a concealed weapons permit.

We can be thankful at least that Colorado does not have too many sweeping prohibitions on what kind of knives you can own. The only knives that are outright illegal in the state are ballistic knives.

Switchblades, dirks, daggers, bowie knives, and other typically regulated classes of knife are all okay, though you cannot carry any of these knives concealed, typically, unless they are very short.

It was not always this way, and until recently, butterfly and switchblade knives were prohibited weapons right along with ballistic knives, so take some solace from that.

Additionally, Colorado has statewide preemption laws (laws that prevent local ordinances from superseding the state laws on the same issue), but they are not much force compared to the typical preemption laws in other states.

Colorado’s preemption law only covers citizens with a knife in their vehicle while traveling from place to place.

If you get out of your car, meaning you are not just traveling through a location, you must abide by any locality’s knife laws and that means staying abreast of the laws and all the places you typically work, play and travel is a part-time job unto itself.

A person in the state of Colorado may legally carry on or about their person any otherwise legal category of knife so long as the blade is shorter than 3 ½ inches.

If you care to look at the state statutes quoted at the end of this article, you will see in one of the sections that it specifically says the concealed carry of a “knife” is a class 2 misdemeanor, and this might lead to some confusion.

If you read farther in the definitions you will see that “knife” is specifically defined as any implement with a blade of 3 ½ inches or longer, so technically a knife with a blade shorter than that is not a “knife” at all and hence legal to carry.

The only other typical exception to this law is if you are carrying at your home, your property, your place of business or in your vehicle, where one may have concealed on or about their person a knife of any length.

There used to be a concealed carry exception for knives meeting the state’s definition of “knife” for those people who had a CO concealed weapons permit, but it has since been revised and no longer includes these otherwise restricted knives.

This means that even if you do have a state permit to carry a handgun it will grant you no additional leniency when it comes to knives!

Somewhat more happily, open carry of knives is an easier affair with the open, unconcealed carry of any knife, except the completely prohibited ballistic knife being allowed.

Oh, and also you cannot carry throwing stars in a public place; apparently these weapons are just too devastating to be allowed to mingle in the public.

You should not take this as carte blanche, however, since for sometime Colorado has been long divorcing itself of pro-carry and pro-defense culture.

That being said a larger, longer knife can be safely carried under the letter of the law so long as you do not conceal it. The larger hunting knives, fighting knives, and other utility blades that typically live on the belt can stay there so long as you make no attempt to cover its presence.

You can keep the knife in your vehicle so long as it is in a secured container, and this provision also extends to traveling across the grounds of a university so long as it remains in your car along with you.

There are no exceptions for civilians not operating in the official capacity of a state employee, member of a state agency or in a law enforcement capacity, including school resource officers.

Colorado is far from the worst state when it comes to the carry of knives, as you can carry almost any kind of knife you want, so long as you carry it openly. But if you just want to pocket a common folding knife with a blade just a fraction longer than 3 ½ inches you’ll be in violation of the law.

This is especially troubling when you consider that the statewide preemption only covers people who remain in their vehicles with their knives while traveling.

It does not take much imagination to think of a scenario where you might be stopped passing through a larger city with a particularly restrictive knife laws and the humble pocket knife you have always carried suddenly becomes grounds for charges.

Below are some of the most important statutes in Colorado governing the ownership, and carry of knives of all kinds.

It makes for dense, dry reading, but you must become familiar with the laws that govern what kind of knife you can carry, under what conditions are allowed to carry it, and where you may carry it if you want to stay on the right side of the law.

Failing to do so is setting yourself up to have a legal encounter with a negative outcome.

(a.3) “Ballistic knife” means any knife that has a blade which is forcefully projected from the handle by means of a spring-loaded device or explosive charge.

(a.5) “Blackjack” includes any billy, sand club, sandbag, or other hand-operated striking weapon consisting, at the striking end, of an encased piece of lead or other heavy substance and, at the handle end, a strap or springy shaft which increases the force of impact.

(d) “Gas gun” means a device designed for projecting gas-filled projectiles which release their contents after having been projected from the device and includes projectiles designed for use in such a device.

(e.5) “Handgun” means a pistol, revolver, or other firearm of any description, loaded or unloaded, from which any shot, bullet, or other missile can be discharged, the length of the barrel of which, not including any revolving, detachable, or magazine breech, does not exceed twelve inches.

(e.7) “Juvenile” means any person under the age of eighteen years.

(f) “Knife” means any dagger, dirk, knife, or stiletto with a blade over three and one-half inches in length, or any other dangerous instrument capable of inflicting cutting, stabbing, or tearing wounds, but does not include a hunting or fishing knife carried for sports use. The issue that a knife is a hunting or fishing knife must be raised as an affirmative defense.

(2) As used in this section, the term “illegal weapon” means a blackjack, a gas gun, or metallic knuckles.

(3) A person who knowingly possesses a dangerous weapon commits a class 5 felony. Each subsequent violation of this subsection (3) by the same person shall be a class 4 felony.

(4) A person who knowingly possesses an illegal weapon commits a class 1 misdemeanor.

(5) It shall be an affirmative defense to the charge of possessing a dangerous weapon, or to the charge of possessing an illegal weapon, that the person so accused was a peace officer or member of the armed forces of the United States or Colorado National Guard acting in the lawful discharge of his duties, or that said person has a valid permit and license for possession of such weapon.

(1) A person commits a class 2 misdemeanor if such person knowingly and unlawfully:

(a) Carries a knife concealed on or about his or her person; or

(b) Carries a firearm concealed on or about his or her person; or

(c) Without legal authority, carries, brings, or has in such person’s possession a firearm or any explosive, incendiary, or other dangerous device on the property of or within any building in which the chambers, galleries, or offices of the general assembly, or either house thereof, are located, or in which a legislative hearing or meeting is being or is to be conducted, or in which the official office of any member, officer, or employee of the general assembly is located.

(2) It shall not be an offense if the defendant was:

(a) A person in his or her own dwelling or place of business or on property owned or under his or her control at the time of the act of carrying; or

(b) A person in a private automobile or other private means of conveyance who carries a weapon for lawful protection of such person’s or another’s person or property while traveling; or

(c) A person who, at the time of carrying a concealed weapon, held a valid written permit to carry a concealed weapon issued pursuant to section 18-12-105.1, as it existed prior to its repeal, or, if the weapon involved was a handgun, held a valid permit to carry a concealed handgun or a temporary emergency permit issued pursuant to part 2 of this article; except that it shall be an offense under this section if the person was carrying a concealed handgun in violation of the provisions of section 18-12-214; or

(1) A person commits a class 6 felony if such person knowingly and unlawfully and without legal authority carries, brings, or has in such person’s possession a deadly weapon as defined in section 18-1-901 (3)(e) in or on the real estate and all improvements erected thereon of any public or private elementary, middle, junior high, high, or vocational school or any public or private college, university, or seminary, except for the purpose of presenting an authorized public demonstration or exhibition pursuant to instruction in conjunction with an organized school or class, for the purpose of carrying out the necessary duties and functions of an employee of an educational institution that require the use of a deadly weapon, or for the purpose of participation in an authorized extracurricular activity or on an athletic team.

(3) It shall not be an offense under this section if:

(a) The weapon is unloaded and remains inside a motor vehicle while upon the real estate of any public or private college, university, or seminary; or

(b) The person is in that person’s own dwelling or place of business or on property owned or under that person’s control at the time of the act of carrying; or

(c) The person is in a private automobile or other private means of conveyance and is carrying a weapon for lawful protection of that person’s or another’s person or property while traveling; or

(d.5) The weapon involved was a handgun and the person held a valid permit to carry a concealed handgun or a temporary emergency permit issued pursuant to part 2 of this article; except that it shall be an offense under this section if the person was carrying a concealed handgun in violation of the provisions of section 18-12-214 (3); or

(h) The person has possession of the weapon for use in an educational program approved by a school which program includes, but shall not be limited to, any course designed for the repair or maintenance of weapons.