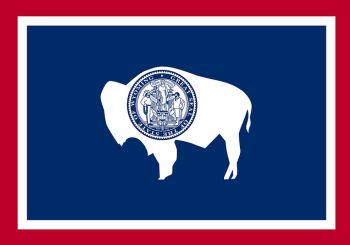 Wyoming is a state that is famous for its cultivated notion of independence and self-reliance, and their knife laws reflect that, even if they do have a few warts. Wyoming does not ban any kind of knife based on its action, length or other characteristics, but the state does run afoul of some poorly worded statutes.

The statutes governing the concealed carry of a knife without benefit of a permit are loosely worded, and in conjunction with the broad definition of “deadly weapon”, any knife might be forbidden from being carried concealed. It is small wonder, but they won’t give the reader much confidence in their right to do so.

But on the bright side, a concealed weapons permit eliminates the issue totally, and the state does not have a history of punitive prosecution.

Wyoming also has a rugged preemption statute that ensures wherever you go in the state, you will be dealing with one set of laws and one alone governing the possession and carry of knives.

We will give you an abbreviated summary and the bulk of this article and also include the exact text of the statutes at the very end. Make sure you read up on these, and familiarize yourself with them!

No category or class of knife is expressly against the law in Wyoming. You may legally own or otherwise possess any sort of knife, including such commonly regulated variations as switchblades, gravity knives, butterfly knives, dirks, daggers, and so forth.

Wyoming happily has an excellent statewide preemption statute that ensures wherever you go so long as you are otherwise in possession of a knife legally you will not have to contend with any local laws that are more stringent than the standard set by the state’s laws. I only wish this were the standard everywhere!

Carrying any knife concealed in the state of Wyoming without a permit is actually a fairly dicey proposition. Specifically, the state is concerned with the carry of deadly weapons.

What is a deadly weapon? Statutes are helpful here, defining a deadly weapon as any device or instrument that is capable of producing death or serious bodily injury according to its intended use, or the manner in which it is used.

It stands to reason that any knife of any kind is more than capable of causing those kinds of injuries, either from lacerations or penetrations.

While you might think of large knives causing the type of mayhem described in the statutes, a tiny knife, if very sharp, can open somebody up a right to the bone just as easily. Therefore, we must assume that any knife whatsoever can be construed as a deadly weapon if the state chooses.

Reading the rest of the statutes governing the concealed carry of deadly weapons, the only exemption for doing so, assuming you’re not a peace officer or other official, is possession of a concealed weapons permit.

So long as you have a concealed weapons permit in the state of Wyoming you may carry concealed any knife whatsoever you choose with no worrying over whether or not you are complying with the letter or the spirit of the statute governing the carry of such.

The open carry of all kinds of knives in Wyoming is permissible.

You may not carry a knife into any law enforcement facility, any prison, any government-run or -owned building, any courtroom or courthouse, any school grounds or school facility, any school or college sporting event, or any place that serves alcohol for the consumption on premises, including the bar section of a restaurant.

Wyoming is definitely a pro-knife state, one that is hampered only by some flimsy language concerning the carry of potentially any knife concealed if one lacks a permit. Obtaining a Wyoming-issue permit or a Wyoming-accepted permit from another state alleviates the problem entirely.

It is a bit of a minor bummer, but at the very least you won’t have to contend with any local laws getting in the way thanks to Wyoming’s strong preemption statutes.

(A) A cut, abrasion, burn or temporary disfigurement;

(B) Physical pain; or

(C) Impairment of the function of a bodily member, organ or mental faculty.

(iv) “Deadly weapon” means but is not limited to a firearm, explosive or incendiary material, motorized vehicle, an animal or other device, instrument, material or substance, which in the manner it is used or is intended to be used is reasonably capable of producing death or serious bodily injury;

(A) Creates a substantial risk of death;

(C) Causes severe disfigurement or protracted loss or impairment of a bodily function;

(D) Causes unconsciousness or a concussion resulting in protracted loss or impairment of the function of a bodily member, organ or mental faculty;

(E) Causes burns of the second or third degree over a significant portion of the body; or

(F) Causes a significant fracture or break of a bone

(i) The person is a peace officer;

(ii) The person possesses a permit under this section;

(iii) The person holds a valid permit authorizing him to carry a concealed firearm authorized and issued by a governmental agency or entity in another state that recognizes Wyoming permits and is a valid statewide permit; or

(iv) The person does not possess a permit issued under this section, but otherwise meets the requirements specified in paragraphs (b)(i) through (vi), (viii) and (ix) of this section and possession of the firearm by the person is not otherwise unlawful.

(b) The attorney general is authorized to issue permits to carry a concealed firearm to persons qualified as provided by this subsection. The attorney general shall promulgate rules necessary to carry out this section no later than October 1, 1994. Applications for a permit to carry a concealed firearm shall be made available and distributed by the division of criminal investigation and local law enforcement agencies. The permit shall be valid throughout the state for a period of five (5) years from the date of issuance. The permittee shall carry the permit, together with valid identification at all times when the permittee is carrying a concealed firearm and shall display both the permit and proper identification upon request of any peace officer. The attorney general through the division shall issue a permit to any person who:

(i) Is a resident of the United States and has been a resident of Wyoming for not less than six (6) months prior to filing the application. The Wyoming residency requirements of this paragraph do not apply to any person who holds a valid permit authorizing him to carry a concealed firearm authorized and issued by a governmental agency or entity in another state that recognizes Wyoming permits and is a valid statewide permit;

(iii) Does not suffer from a physical infirmity which prevents the safe handling of a firearm;

(A) Committed to a state or federal facility for the abuse of a controlled substance, within the one (1) year period prior to the date on which application for a permit under this section is submitted;

(B) Convicted of a felony violation of the Wyoming Controlled Substances Act of 1971, W.S. 35-7-1001 through 35-7-1057 or similar laws of any other state or the United States relating to controlled substances and has not been pardoned; or

(C) Convicted of a misdemeanor violation of the Wyoming Controlled Substances Act of 1971, W.S. 35-7-1001 through 35-7-1057 or similar laws of any other state or the United States relating to controlled substances within the one (1) year period prior to the date on which application for a permit under this section is submitted.

(viii) Is not currently adjudicated to be legally incompetent; and

(ix) Has not been committed to a mental institution.

A person who knowingly possesses, manufactures, transports, repairs or sells a deadly weapon with intent to unlawfully threaten the life or physical well-being of another or to commit assault or inflict bodily injury on another is guilty of a felony punishable by imprisonment for not more than five (5) years, a fine of not more than one thousand dollars ($1,000.00), or both.

(i) Any facility used primarily for law enforcement operations or administration without the written consent of the chief administrator;

(iv) Any meeting of a governmental entity;

(v) Any meeting of the legislature or a committee thereof;

(vi) Any school, college or professional athletic event not related to firearms, except as provided in W.S. 21-3-132;

(vii) Any portion of an establishment licensed to dispense alcoholic liquor and malt beverages for consumption on the premises, which portion of the establishment is primarily devoted to that purpose;

(xi) Any place where the carrying of firearms is prohibited by federal law or regulation or state law.

6-8-401. Firearm, weapon and ammunition regulation and prohibition by state.

(c) The sale, transfer, purchase, delivery, taxation, manufacture, ownership, transportation, storage, use and possession of firearms, weapons and ammunition shall be authorized, regulated and prohibited by the state, and regulation thereof is preempted by the state. Except as authorized by W.S. 15-1-103(a)(xviii) and 21-3-132, no city, town, county, political subdivision or any other entity shall authorize, regulate or prohibit the sale, transfer, purchase, delivery, taxation, manufacture, ownership, transportation, storage, use, carrying or possession of firearms, weapons, accessories, components or ammunition except as specifically provided by this chapter. This section shall not affect zoning or other ordinances which encompass firearms businesses along with other businesses. Zoning and other ordinances which are designed for the purpose of restricting or prohibiting the sale, purchase, transfer or manufacture of firearms or ammunition as a method of regulating firearms or ammunition are in conflict with this section and are prohibited.