A couple weeks ago the folks at I.O. Inc. located in Monroe, North Carolina allowed me the honor of touring their facility. Having been the previous owner of an I.O. STG-2000-C and in the market for an AK-variant, I was more than interested.

The tour started with a door opening up and as I walked through I found myself staring at racks of AK’s. I am quite sure I mumbled the word…..”Awesome.“ 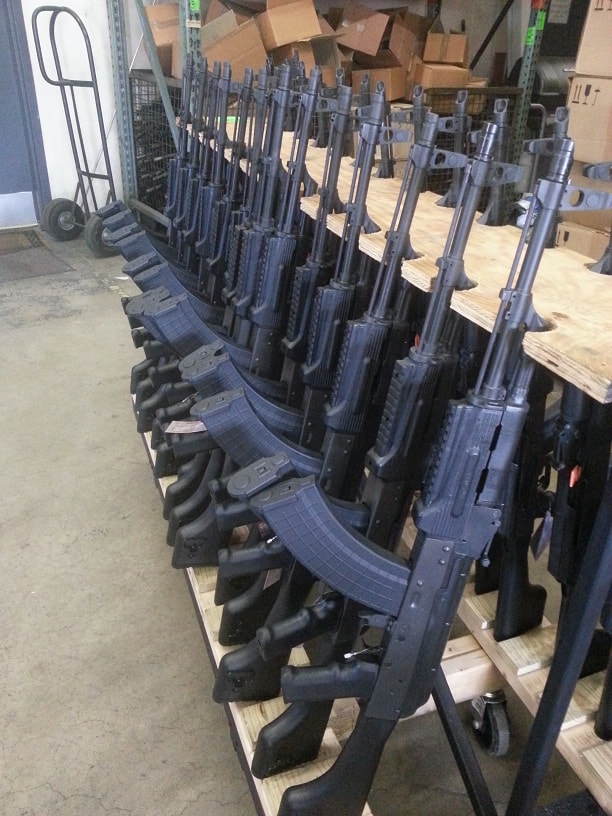 I.O. manufactures and sells a variety of models at different price ranges. One of my favorites is the Sporter model pictured above (and below).

A modernized yet affordable version of the classic AK. The Sporter fires the 7.62 x 39mm cartridge and allows the attachment of a scope via the typical left-side mount system. Modernized with black synthetic stock and forearm grip – a picatinny rail sits up front for attachment of a tactical light/laser or whatever floats your boat. 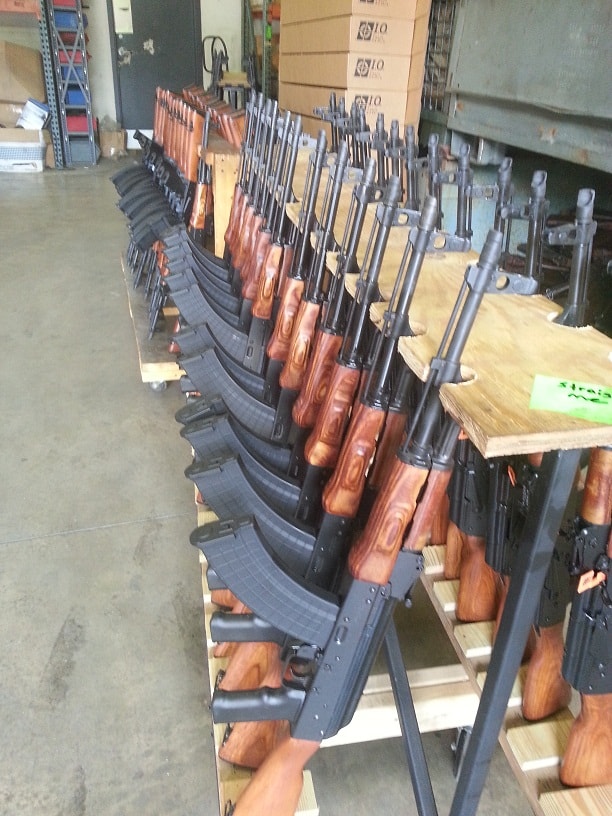 Of particular interest I was shown a collapsible stock that could be adapted to their Polish Beryl “Archer” model. The Archer (below) features a hammer forged barrel and is reported to be capable of  1″ groups at 100 yards.  Holding the Archer – I thought to myself – “This thing is beautiful.” It also has a bolt hold-open feature built into the safety lever which is a unique addition. Would love to own an Archer. 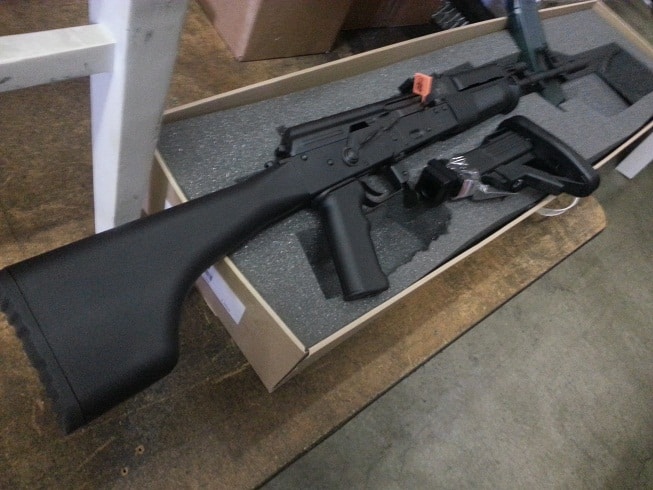 Becoming more and more popular with survivalists and preppers alike is their tactical AK called the “Hellhound”. Unique to this Americanized version is the picatinny quad rail upfront allowing for attachment of lights, lasers, bi-pods, vertical grips – whatever. I was not able to get a first-hand look at the Hellhound  however I have read many positive reports in forums around the ‘net. There are also several video’s on YouTube that praise the Hellhound.

I.O. Inc. imports a variety of interesting and historic firearms from around the world including the Polish PPS43-C pistol in 7.62 x 25mm caliber. I also saw cases of imported .22LR bolt action rifles getting ready for sale as well.

In talking with the production manager I asked about a magazine I had good luck with when I had owned the STG – the Thermold 30-rd.. He told me that although that was a fine magazine – they are now offering a 30-rd polymer magazine with a Bulgarian waffle design – an improvement over the Thermold. The polymer used to manufacture the new their new magazine is much stronger and ridged. 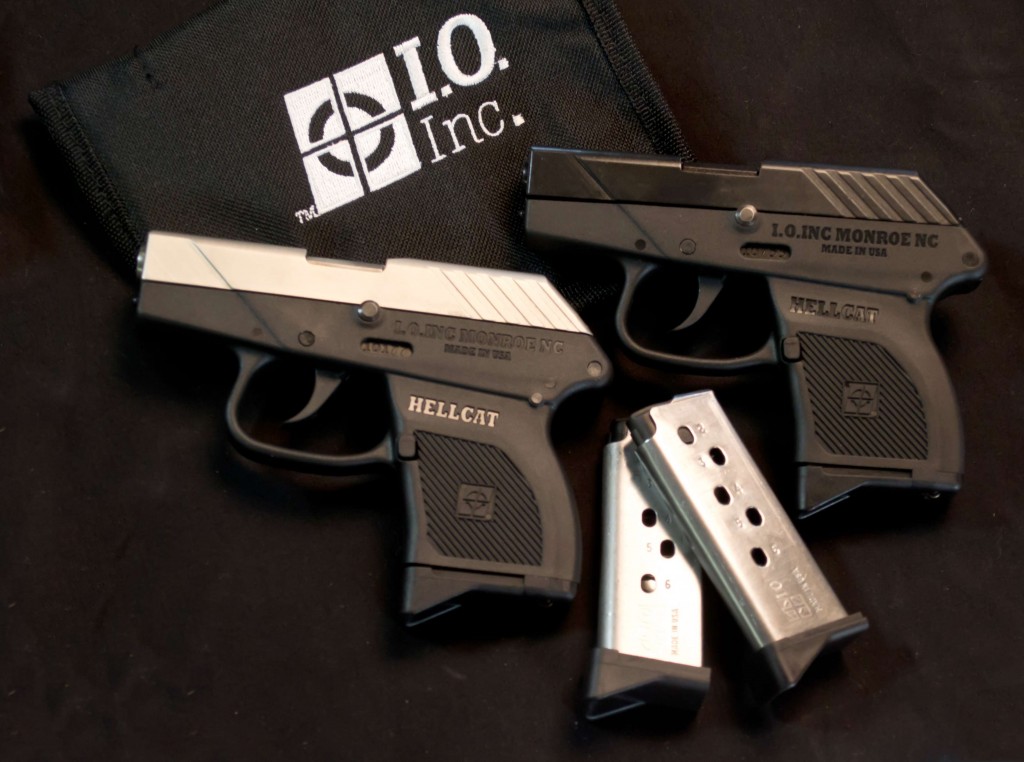 As familiar as I thought I was I.O.’s lineup,  I found myself surprised that they had started manufacturing a pistol. The “Hellcat” is a small, semi-automatic .380 just perfect for concealed carry. I had an opportunity to see the Hellcat manufacturing operation as well as test fire the pistol. I found the n trigger pull to be smooth and the grip to be plenty comfortable for its purpose. The stainless steel magazine holds 6 rounds so a total of 7 rounds with one in the chamber. 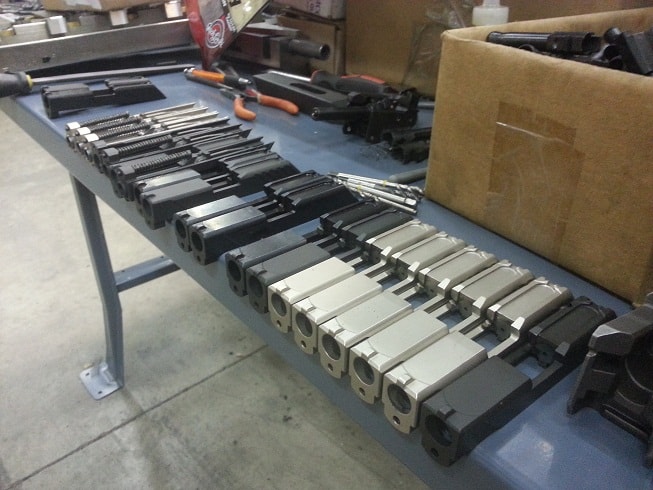 In the above pictures you can see slides staged during the manufacturing process.  Each pistol is hand-assembled and inspected – then test fired. Available in several finishes including blued and nickle. I did see several parkerized versions as well. At just a little over 9 oz. combined with its compact size, the Hellcat is perfect for summer carry. 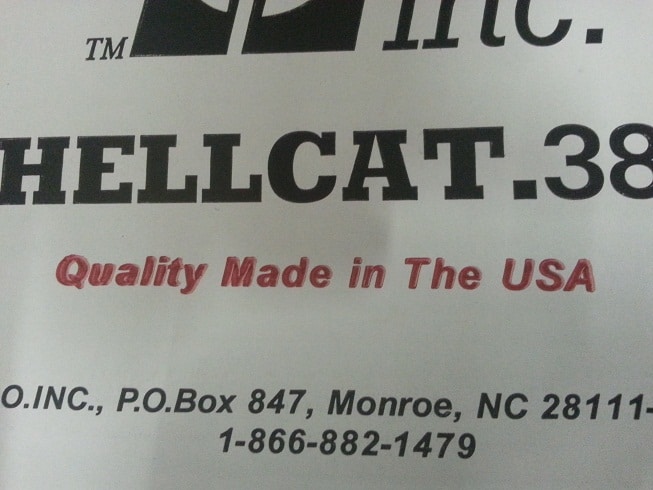 I had a great time. I left their facility to drive home impressed with their operation. I have an appreciation for the manufacturing process as well as the multiple quality and assurance checks that each firearm goes through before leaving the factory to enter the hands of the customer. I work as a Production Manager in my regular job giving me unique insight  – especially from an efficiency and quality aspect. Bottom line  impressed. In fact – impressed enough that within the next couple weeks I will be carrying my own I.O. Inc. Hellcat .380 pistol. Soon thereafter – an AK Sporter is likely to be found inside my gun safe.

Today’s survivalist/prepper has a huge variety of firearms to choose from when building a survival battery. I.O. Inc. offers a line up which no doubt will be of interest too many. For more information – visit http://www.ioinc.us/.

A very special THANK YOU to the folks at I.O. Inc. for showing me around.