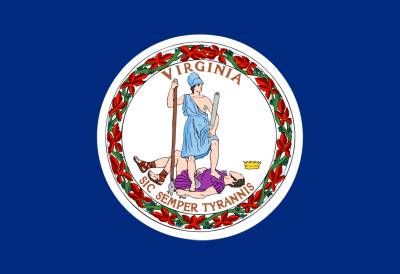 Virginia is a state that is fairly hostile to the concealed carry of knives, though you can own most types of knives regardless of action, length and other characteristics. Several classes of knife are banned outright: switchblades, throwing stars, oriental darts and ballistic knives.

When it comes to concealed carry, though, many varieties of knife are banned by name and the language used to describe them and define them is inclusive enough that many neighboring or similar designs could be likewise categorized as restricted for concealed carry.

Open carry of knives is broadly more permissive according to the wording of the state statutes.

Virginia is a highly litigious state, and one that has for some years been on a staunchly anti-second amendment bent.

Though firearms are predominantly in the state’s crosshairs knives will likewise be swept up in their legal mandates, and anyone who chooses to carry a knife, or at least any knife more dangerous than a tiny, folding pocket knife will need to be on guard.

Below you will find our assessment of Virginia’s knife relevant statutes along with the exact text of the law at the end of this article.

Virginia only bans two kinds of knives outright from possession, and the possession of either is grounds for charges. Those knives are switchblades, or automatic knives, and ballistic knives.

Ballistic knives are defined as any knife that launches the blade as a projectile from the handle, and a switchblade is a knife which releases the blade to the deployed position under spring tension through the use of a switch or button.

Note that switchblades are not expressly defined in Virginia’s statutes. You may possess any other kind of knife you choose in the state, but know that it is also illegal to give away or sell any throwing star or oriental dart.

Additionally, there is no statewide preemption in Virginia, and this is one case where it might theoretically be possible for local laws to cut you some slack compared to the state laws, but unfortunately that is not the case.

Several municipalities have laws even more restrictive than the state’s laws, brush up on them, and pay attention whenever you are traveling if you choose to carry.

Concealed carry of knives in Virginia is a very tough row to hoe. You may not carry concealed any of the banned categories of knives, including switchblades, ballistic knives, oriental darts and throwing stars.

In addition you may not carry any dirk, bowie knife, machete or razor or any weapon of like-kind as those enumerated in the statute.

Such language is broadly inclusive when it comes to categorizing knives, and Virginia has already proven through tedious legal proceedings that they do not apply the same level of nuance and care that professionals in the knife industry will when it comes to defining and labeling the knives in question.

In fact, previous precedent has already determined that possessing a sharpened edge and a point is considered good enough for categorizing a knife as a restricted type.

Regarding concealment, for the purposes of the relevant statutes a weapon is deemed to be hidden from, “casual observation” when it is observable, but is of such deceptive appearance as to disguise the weapons true nature.

Again, another section full of fluid weasel words that can be twisted to suit the purposes of the people doing the charging.

Virginia makes no distinction when it comes to the carrying of any knife with a permit as opposed to without.

The open carry of any knife that is not expressly forbidden in the state of Virginia is, nominally, legal compared to carrying concealed, but it is with the greatest caution that one should proceed when carrying any knife more threatening than a tiny folding pocket knife in this state.

Additionally you may not carry the majority of knives onto the grounds, or into the structure of any school, grades K through 12, or onto a school bus, unless it is a folding pocket knife with a blade measuring less than three inches.

Again, I would urge caution considering how hostile Virginia is in regards to knife violations.

Virginia is a pretty nasty state for knife ownership and carry. Switchblades are banned entirely from possession, and open carry is legal only on shaky ground. Choosing to carry any knife concealed, with or without benefit of a permit, it’s always going to have you on thin ice legally.

18.2-311. Prohibiting the selling or having in possession blackjacks, etc.

If any person sells or barters, or exhibits for sale or for barter, or gives or furnishes, or causes to be sold, bartered, given or furnished, or has in his possession, or under his control, with the intent of selling, bartering, giving or furnishing, any blackjack, brass or metal knucks, any disc of whatever configuration having at least two points or pointed blades which is designed to be thrown or propelled and which may be known as a throwing star or oriental dart, switchblade knife, ballistic knife as defined in § 18.2-307.1, or like weapons, such person is guilty of a Class 4 misdemeanor. The having in one’s possession of any such weapon shall be prima facie evidence, except in the case of a conservator of the peace, of his intent to sell, barter, give or furnish the same.

18.2-311. Prohibiting the selling or having in possession blackjacks, etc.

A. If any person carries about his person, hidden from common observation, (i) any pistol, revolver, or other weapon designed or intended to propel a missile of any kind by action of an explosion of any combustible material; (ii) any dirk, bowie knife, switchblade knife, ballistic knife, machete, razor, slingshot, spring stick, metal knucks, or blackjack; (iii) any flailing instrument consisting of two or more rigid parts connected in such a manner as to allow them to swing freely, which may be known as a nun chahka, nun chuck, nunchaku, shuriken, or fighting chain; (iv) any disc, of whatever configuration, having at least two points or pointed blades which is designed to be thrown or propelled and which may be known as a throwing star or oriental dart; or (v) any weapon of like kind as those enumerated in this subsection, he is guilty of a Class 1 misdemeanor. A second violation of this section or a conviction under this section subsequent to any conviction under any substantially similar ordinance of any county, city, or town shall be punishable as a Class 6 felony, and a third or subsequent such violation shall be punishable as a Class 5 felony. For the purpose of this section, a weapon shall be deemed to be hidden from common observation when it is observable but is of such deceptive appearance as to disguise the weapon’s true nature. It shall be an affirmative defense to a violation of clause (i) regarding a handgun, that a person had been issued, at the time of the offense, a valid concealed handgun permit.

B. This section shall not apply to any person while in his own place of abode or the curtilage thereof.

18.2-282.1. Brandishing a machete or other bladed weapon with intent to intimidate; penalty.

It shall be unlawful for any person to point, hold, or brandish a machete or any weapon, with an exposed blade 12 inches or longer, with the intent of intimidating any person or group of persons and in a manner that reasonably demonstrates that intent. This section shall not apply to any person engaged in excusable or justifiable self-defense. A person who violates this section is guilty of a Class 1 misdemeanor or, if the violation occurs upon any public, private, or religious elementary, middle, or high school, including buildings and grounds or upon public property within 1,000 feet of such school property, he is guilty of a Class 6 felony.

18.2-308.1. Possession of firearm, stun weapon, or other weapon on school property prohibited; penalty.

A. If any person knowingly possesses any (i) stun weapon as defined in this section; (ii) knife, except a pocket knife having a folding metal blade of less than three inches; or (iii) weapon, including a weapon of like kind, designated in subsection A of § 18.2-308, other than a firearm; upon (a) the property of any public, private or religious elementary, middle or high school, including buildings and grounds; (b) that portion of any property open to the public and then exclusively used for school-sponsored functions or extracurricular activities while such functions or activities are taking place; or (c) any school bus owned or operated by any such school, he is guilty of a Class 1 misdemeanor.

If any person carry any gun, pistol, bowie knife, dagger or other dangerous weapon, without good and sufficient reason, to a place of worship while a meeting for religious purposes is being held at such place he shall be guilty of a Class 4 misdemeanor.