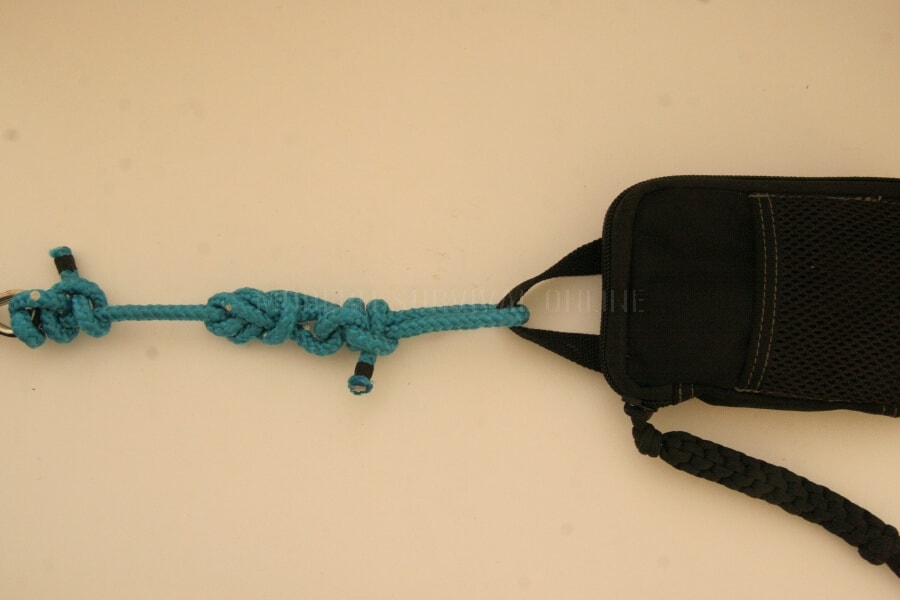 The Trucker’s Hitch is a mechanically advantageous block and tackle (pulley) system made only of one piece of rope. This has hundreds of uses. It’s great for guy lines for tents and tarps, it makes hoisting weights vertically significantly easier, it can produce some of the tightest tie-downs for lashing things onto a truck, cart or sled… the list goes on.

Contrary to its name, the trucker’s hitch is not really a hitch. It’s a composite knot (a structure made of multiple knots) for tensioning a line between two anchor points, though to achieve this one must normally use a hitch.

In theory the arrangement of lines and loops should produce a 3:1 mechanical advantage. In practice the friction of the rope against itself probably reduces this to more like 2:1.

Even this can be much stronger than you might guess though so be careful if tying out tarps and tents with it that they don’t rip.

1. First attach the line to the anchor. A round turn and two half hitches has been used in the picture, but any strong knot (a hitch or a loop) will do.

Any loop knot can be used for the pulley loop, although a Directional Figure of Eight is used here because the load will always be in the same direction along the line, so it is very appropriate.

3. Lead the working end through the attachment point on the load.

5. Once the desired tension is reached, you can secure the knot with a few half hitches. You can hold it temporarily (while you do this) by pinching the three strands together just underneath the pulley knot.

First lay the working end across the two strands supporting the load. See how this forms a loop.

6. Bring the working end down underneath the two strands.

7. Thread the working end through the loop it has created, and pull on it to snug up the half hitch.

8. Repeat the last three steps at least once to produce more hitches. More will be more secure, but each extra hitch adds progressively less security, so in reality two or three is enough.

For greater control, the Trucker’s Hitch can be finished with a slide-and-grip hitch instead of the standard half hitches.

There is a great youtube video which investigates empirically (with two force scales) just how effective the Trucker’s Hitch actually is. (short answer: very effective!)

Because part of its fundamental mechanics rely on rope sliding over rope and tension being applied, the Trucker’s Hitch is most effective in slippery, high modulus (non-stretchy) line, like HMPE (‘dyneema’) braids.

The Trucker’s Hitch is famous in bushcraft and ropework circles, and for good reason. You would be stupid to learn to tie any knots at all and miss this one out, it’s uses are so vast and it is so versatile and customisable to purpose.

If you only learn two or three knots from all the articles I’ve written, make this one of them!

We will not spam you.
Print
11
Shares