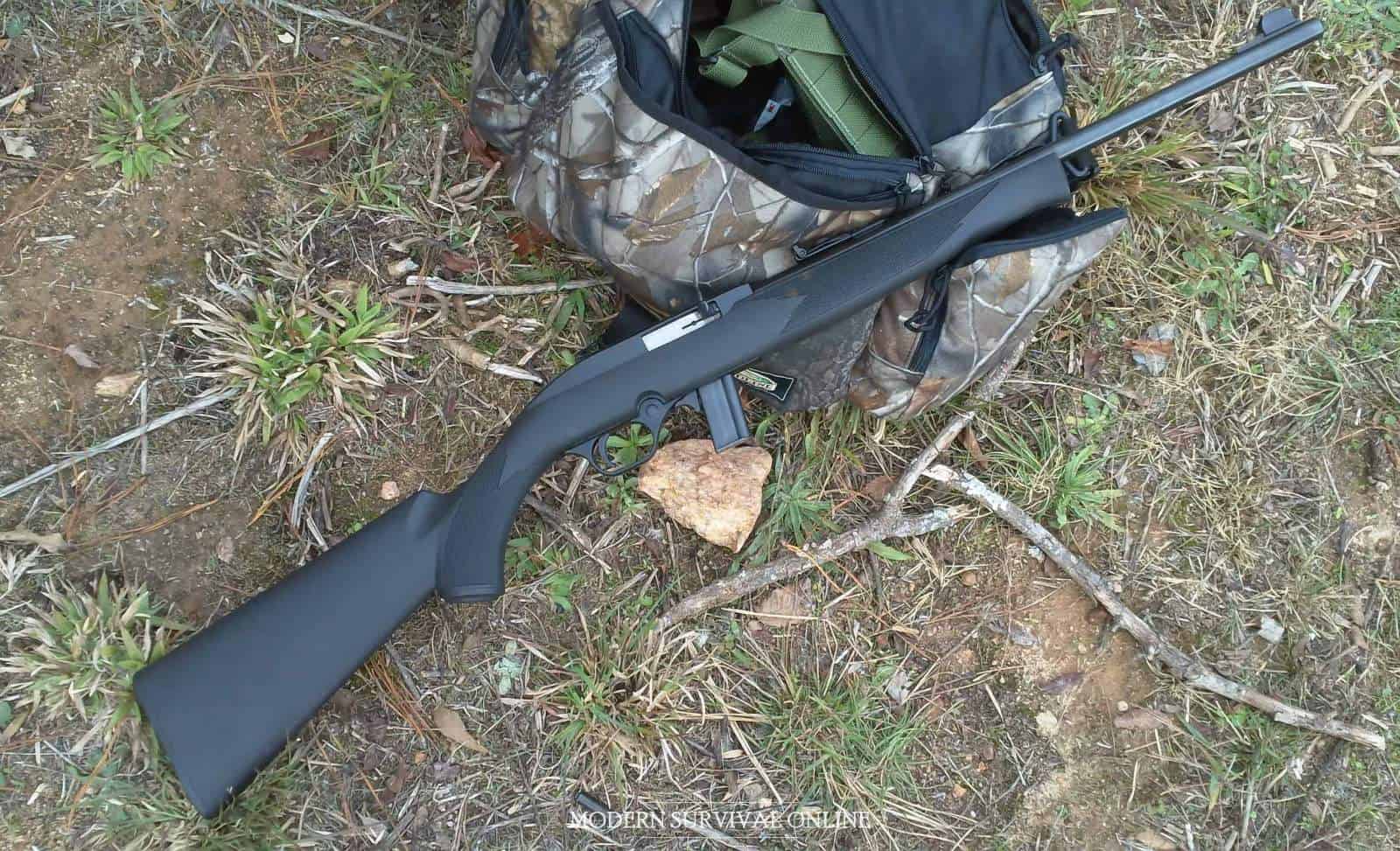 The .22LR is likely the most popular caliber in the United States. Go ahead and ask your friends and coworkers. The vast majority will own one – and for good reason.

I highly recommend that within every preparedness system at least two .22lr firearms are included. Why two? Simple – one is none and two is one. Redundancy.

Beginners – the .22lr is an excellent choice to introduce new shooters to firearms. Low recoil and low noise reduces the intimidation factor to allow the shooter to concentrate on what they are doing.

Noise – Low noise is beneficial for several reasons including not attracting attention from those far away and not spooking game that might be on the other side of the hill. The .22lr can also be suppressed fairly easily.

Training – There are many .22lr firearms out there with very similar ergonomics and controls as larger, more powerful guns. One such example is the Smith & Wesson M&P15-22. This carbine  – as seen in the picture below – is  similar in most every way to the AR-15 rifle.

Training with the M&P15-22 is a cheaper alternative to training with a full-bore AR and the costs associated with it. This means more trigger time for less money.

Availability – Although as of this writing the .22lr round continues to be elusive and difficult to find there are tens of millions of rounds of .22’s sitting on shelves in peoples houses as well as in stores. The supply situation continues to get better and better and remains the most bought and shot round in existence.

Self-Defense – The .22lr is NOT a caliber meant for defense. It has low mass at medium velocities and is not an effective manstopper. Regardless – a .22 is better than having nothing at all. In fact – the .22 actually has a few things going for it when it comes to self defense.

First – the round is inherently accurate. Second – low recoil allows for very quick follow up shots. Lastly – most .22’s are inexpensive thus allowing those that cannot afford a true defensive firearm to own at least a .22lr.

Cost of Ammunition – Although costs have risen in the past few years the .22lr continues to provide a means to have an afternoon of shooting for very little money. 500 rounds can be purchased for as little as $20. Compare that to .223 Rem which will cost at least $150 for the same quantity.

Cost of Firearms – An extremely high quality .22 carbine like the Ruger 10/22 can be purchased for less than $250. Add a few hundred rounds of .22lr ammunition and a few spare magazines and you have a highly functional system for less than $350.

Weight – Generally 22’s are very lightweight compared to other firearms. In addition to the gun itself being light the ammunition is as well. A few hundred rounds of .22 can be throw in a backpack without adding much weight however you cannot do the same for most other calibers.

As you can see – the .22lr has a significant weight advantage over many other calibers.