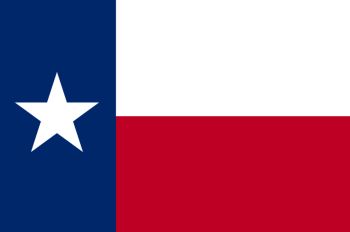 Texas is by and large a solid-state for knife owners, thanks in part to significant revision of their legal code governing knives that saw significant restrictions reduced or eliminated entirely a few years back.

Overall, Texas does not spend a great deal of time defining what knives are legal or illegal based on their class and features except one: The length of the blade.

But before you cry foul, you should know that the blade length restriction is quite generous and uniquely applied only to specific locations, giving rise to a category of knife known as a location-restricted knife in the state.

It is a bit disappointing that a state as pro-2A as Texas has any sort of restriction like that at all, but the good news is that there is no other categorical ban on knives by type, action or feature.

You can carry any kind of legal knife, but you want to openly or concealed and will only need to worry about taking a large blade into specific locations. You’ll also be happy to know that Texas has strong preemption statues that keep the state laws the standard throughout the entirety of the land.

It is not as hard to understand as it sounds, and we will get into all the details that you need to know just below.

Texas does not ban outright any particular category of knife, nor any knife based on its features or action.

If one is under the age of 18 years old and not in their home or on their property or in their vehicle they may not be in possession of any location-restricted knife.

For anyone over the age of 18, you may not possess a location-restricted knife in one of several places that we will detail later. This is a surprisingly long list for Texas.

The only other categorical restriction of bladed implement that might be of concern are tomahawks which have their own restrictions that they follow, some of which are distinct from knives. Because they are not knives and defined separately in Texas, they are beyond the scope of this article.

Finally, Texas does have a statewide preemption statute that will ensure you do not run afoul of any varying local laws that might exceed the state’s law when it comes to restriction of knives.

You may carry any kind of legal knife on or about your person in Texas without benefit of a concealed weapons permit.

Texas does not make any distinction when it comes to the concealed carry of knives whether you have a permit or not.

Texas allows you to open carry any otherwise legal knife at anytime and anywhere. Do be advised that open carrying a location-restricted knife into one of the eponymous restricted locations is grounds for a violation.

Texas emphasis on location-restricted knives is definitely a bit quirky, but it is not difficult to understand.

As anyone would likely surmise, that means there is a corresponding list of restricted locations that you cannot carry those knives into.

A partial list of these locations includes courtrooms, courthouses, any airport past the security checkpoint, any penal institute, within more than 1,000 feet of a penal Institute, any school, any sporting event be it professional or scholastic, any hospital, any nursing facility, any church, any temple, any amusement park and any polling place.

Texas is overall an excellent state for knife ownership and the carry of the same. Texas does not ban outright any particular category of knife based on its features, action or any other salient characteristic, choosing instead to broadly categorize knives into location-restricted or non location-restricted groups.

Any knife that has a blade measuring longer than 5 ½ inches is barred from being carried openly or concealed onto the grounds of certain installations. Besides this somewhat strange restriction, Texas is an excellent state all around, and strong preemption laws mean you will not be second-guessing what you can and cannot have as you move about the state.

(1) “Club” means an instrument that is specially designed, made, or adapted for the purpose of inflicting serious bodily injury or death by striking a person with the instrument, and includes but is not limited to the following:

(6) “Location-restricted knife” means a knife with a blade over five and one-half inches.

(7) “Knife” means any bladed hand instrument that is capable of inflicting serious bodily injury or death by cutting or stabbing a person with the instrument.

(a-4) A person commits an offense if the person:

(1) intentionally, knowingly, or recklessly carries on or about his or her person a location-restricted knife;

(2) is younger than 18 years of age at the time of the offense; and

(B) inside of or directly en route to a motor vehicle or watercraft that is owned by the person or under the person’s control; or

(C) under the direct supervision of a parent or legal guardian of the person.

(b) Except as provided by Subsection (c) or (d), an offense under this section is a Class A misdemeanor.

(c) An offense under this section is a felony of the third degree if the offense is committed on any premises licensed or issued a permit by this state for the sale of alcoholic beverages.

(d) An offense under Subsection (a-4) is a Class C misdemeanor.

(a) A person commits an offense if the person intentionally, knowingly, or recklessly possesses or goes with a firearm, location-restricted knife, club, or prohibited weapon listed in Section 46.05(a):

(A) pursuant to written regulations or written authorization of the institution; or

(2) on the premises of a polling place on the day of an election or while early voting is in progress;

(3) on the premises of any government court or offices utilized by the court, unless pursuant to written regulations or written authorization of the court;

(4) on the premises of a racetrack;

(5) in or into a secured area of an airport; or

(6) within 1,000 feet of premises the location of which is designated by the Texas Department of Criminal Justice as a place of execution under Article 43.19, Code of Criminal Procedure, on a day that a sentence of death is set to be imposed on the designated premises and the person received notice that:

(A) going within 1,000 feet of the premises with a weapon listed under this subsection was prohibited; or

(B) possessing a weapon listed under this subsection within 1,000 feet of the premises was prohibited.

(a-1) A person commits an offense if the person intentionally, knowingly, or recklessly possesses or goes with a location-restricted knife:

(2) on the premises where a high school, collegiate, or professional sporting event or interscholastic event is taking place, unless the person is a participant in the event and a location-restricted knife is used in the event;

(3) on the premises of a correctional facility;

(5) on the premises of a mental hospital, as defined by Section 571.003, Health and Safety Code, unless the person has written authorization of the mental hospital administration;

(7) on the premises of a church, synagogue, or other established place of religious worship.

(b) It is a defense to prosecution under Subsections (a)(1)-(4) that the actor possessed a firearm while in the actual discharge of his official duties as a member of the armed forces or national guard or a guard employed by a penal institution, or an officer of the court.

(2) intentionally or knowingly sells, rents, leases, or gives or offers to sell, rent, lease, or give to any child younger than 18 years of age any firearm, club, or location-restricted knife;

(3) is engaging in lawful hunting, fishing, or other sporting activity on the immediate premises where the activity is conducted, or is en route between the premises and the actor’s residence, motor vehicle, or watercraft, if the weapon is a type commonly used in the activity;