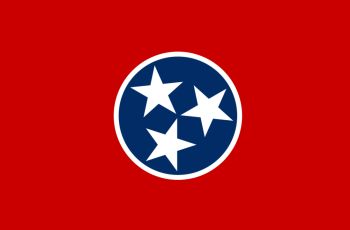 As of press time, Tennessee is one of the very best states for knife owners, if not the best. Tennessee allows you to carry any kind of knife you want openly or concealed without a permit and sturdy statewide preemption statutes mean you can depend upon the state law being the gold standard from east to west.

Tennessee used to have a restriction on switchblades, but that was overhauled along with various weapons related laws in 2014, and is thankfully no longer the case.

Tennessee’s laws concerning knives are uniformly excellent, but that doesn’t mean you can do absolutely anything you want to without a care for what the law says. Since ignorance of the law is no excuse, you definitely don’t want to find yourself on the wrong side of it through lack of research.

Have a look at the rest of this article below, and we will tell you what you need to know, as well as provide you with the exact text of the most relevant state statutes at the very end.

Tennessee has absolutely no restriction on any kind of knife whatsoever. Every kind of fixed blade, folder, conventional, exotic, and more are all legal in the state.

In fact, possession of a knife is only a crime if a person is a felon or is in possession of it with the intent to employ it during the commission of any dangerous offense or other crime.

Tennessee has strong preemption laws, which means you won’t have to contend with and fight a patchwork of local laws that dictate what kind of knife you can carry and under what circumstances as you move around in the state.

This is always a relief for knife owners, and greatly reduces the possibility, but you will have an incidental contact with law enforcement that may yet result in a negative outcome.

Tennessee allows the carry of any kind of legal knife, which is pretty much all of them, unless you are planning on committing a crime with them, with no permit necessary.

Tennessee makes no distinction when it comes to the concealed carry of knives, whether or not one has a concealed weapons permit.

The open carry of all kinds of knives is legal in Tennessee.

Though Tennessee is an extremely permissive state when it comes to the carry of knives be they concealed or unconcealed, there are a few things you will need to know regarding restricted places.

As one should expect, you may not carry your knife onto the grounds of any school, private or public.

Tennessee state statutes specifically mention campus buildings, campus grounds, any vehicle delivering students or personnel to the facilities or to an event sponsored by the school, any sports field, recreational facility, competitive arena, or any property that is leased by the school for school purposes.

This is something of a bummer for sports fans, as any sporting event hosted by the school or that the school is participating in is by writ a school event, and therefore you may not carry your knife to that event regardless of where it is hosted.

Take the time to read the state statutes included below; this is one of the few places where Tennessee actually takes the time and ink to name various types of knives as specifically forbidden.

Though the phrase also makes mention of any other weapon of like-kind as restricted, please do not take this as carte blanche to carry a knife so long as it does not fit into one of the listed categories.

The phrasing is broad enough that conceivably any kind of knife can be wrangled to fit into that definition and that will get you into serious trouble.

The penalty for violating that statute is significant, a felony that could net you several years in prison a multi-thousand-dollar fine!

Tennessee is a frankly excellent state for knife owners, both ownership and carry. You may carry any kind of knife you desire concealed or unconcealed virtually anywhere with scarce few exceptions for schools, school events and school property.

(1) Of an unloaded rifle, shotgun or handgun not concealed on or about the person and the ammunition for the weapon was not in the immediate vicinity of the person or weapon;

(A) Place of residence;

(B) Place of business; or

(5) By a person possessing a rifle or shotgun while engaged in the lawful protection of livestock from predatory animals;

(g) (1) Notwithstanding title 29, chapter 20, a party who is adversely affected by an ordinance, resolution, policy, rule, or other enactment that is adopted or enforced by a county, city, town, municipality, or metropolitan government or any local agency, department, or official that violates this section may file an action in a court of competent jurisdiction against the county, city, town, municipality, or metropolitan government for:

(A) Declaratory and injunctive relief; and

(B) Damages, as provided in subsection (i).

(2) This subsection (g) shall apply to any ordinance, resolution, policy, rule, or other enactment that is adopted or enforced on or after July 1, 2017.

(h) As used in subsection (g), a party is “adversely affected” if:

(1) The party is an individual who:

(A) Lawfully resides within the United States;

(B) May legally possess a firearm under Tennessee law; and

It is an offense for any person to possess or carry, whether openly or concealed, with the intent to go armed, any firearm, explosive, explosive weapon, bowie knife, hawk bill knife, ice pick, dagger, slingshot, leaded cane, switchblade knife, blackjack, knuckles or any other weapon of like kind, not used solely for instructional or school-sanctioned ceremonial purposes, in any public or private school building or bus, on any public or private school campus, grounds, recreation area, athletic field or any other property owned, operated, or while in use by any board of education, school, college or university board of trustees, regents or directors for the administration of any public or private educational institution.