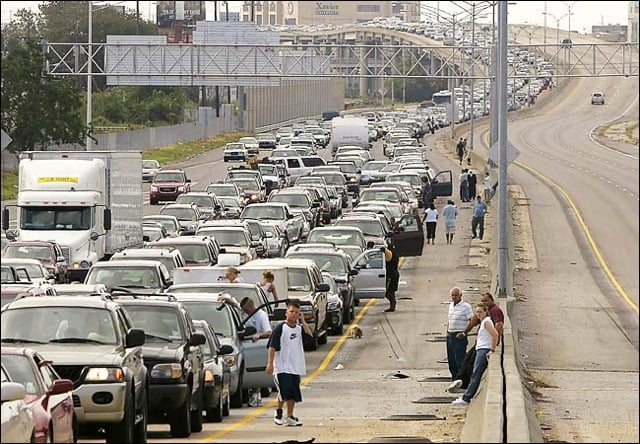 Author’s Note:  Rourke has been a good friend of our team at SurvivalWeek.com and is aware of the tremendous research we have done on the topic of Electromagnetic Pulse (EMP).  Since he receives numerous questions each week regarding this topic, he asked us to put together a two-part article to provide some clarity on the EMP topic to his Modern Survival Online readers and hopefully clear up some common misconception and myths about EMPs that pervade the internet.

In this first part, we will explore some of the first-person effects of EMP and define the two major causes of this catastrophe.

Imagine for a Moment – The Reality of an EMP Event

Imagine for a moment, all of your electronic conveniences such as lights, air conditioners, refrigerators, microwaves, cell phones, computers, ATM machines—anything that contained a microprocessor or required electricity to power it, suddenly stopped working—forever.

Imagine for a moment, the most basic things we Americans have taken for granted such as running water, electricity or natural gas suddenly stopped flowing—forever.

Imagine for a moment, you or a loved one is on an airplane flying at altitude when an event takes place and suddenly thousands of aircraft begin plummeting from the sky as the aircrafts’ computer-controlled systems suddenly fail.

Imagine for a moment, you are driving on the highway when your car suddenly decelerates and you have to veer to the side of the road as nearby vehicles swerve into one another and the entire Interstate becomes one massive parking lot.

Imagine this occurs and you are hundreds of miles from your home and you find your only way to get back home is your own two feet.

Imagine for a moment, the confusion that would set in when you try to help those injured in their vehicles and find out that everyone’s cell phones or CB Radios no longer work and there was no way to call 911.

Imagine for a moment, the feeling of total helplessness of not being able to communicate with your loved ones when your world is instantly turned upside down.

Imagine for a moment, you are forced to walk to your local grocery store with the hopes of buying water and food for your family and realize that debit and credit cards are no longer accepted.

Imagine for a moment, you or a loved one are in a hospital requiring life support or dialysis when the power goes out and the back-up generators either fail to kick-in or eventually run out of fuel and there are no means of refueling them.

These hellish scenarios are not the result of an alien attack or some other science-fictional phenomenon.  They are just a few of the nightmares we might experience in the aftermath of an electromagnetic pulse (EMP) event.

An electromagnetic pulse An EMP is a high-intensity burst of electromagnetic radiation caused by a rapid acceleration of charged electron particles. Depending upon the type of burst, it can cause catastrophic damage to electrical devices due to its impact on both electric and magnetic fields. Modern technology is extremely susceptible to these effects.

A HEMP is a caused by a nuclear detonation in the earth’s upper atmosphere—some 50 to 200 miles above the Earth’s surface.  As an observer on the ground you may notice a brief flash of light. But there would be no warning. No sound or aftershock or radiation to worry about.  Chances are you would never know a nuclear attack happened —except for the fact anything electronic or requiring electricity would suddenly cease to work…Forever.

On a human level, the results of a HEMP include all the effects described in the “Imagine” introduction to this article…  It seems incredible that a single and relatively low-yield nuclear weapon could have such a sinister and extraordinarily destructive effect without directly killing a single human being.  But this is the reality of living in an advanced technology-dependent world that is extremely vulnerable to the effects of an electromagnetic pulse.  The first observation of the repercussions of a HEMP were during the height of the Cold War as the United States and the Soviet Union were experimenting with high altitude atomic weapon detonations.  It is ironic that the effects of a HEMP could be much broad and more deadly to our country’s inhabitants over the course of a year than the death and destruction caused by any single or multiple-head ICBM.

The second cause of an EMP is from a solar event called a coronal mass ejection, or CME. The solar flare or CME emits radiation that eventually hits the Earth’s atmosphere, causing similar effects as the HEMP, but the degree of the effects depends on a number of factors. The early discovery of the effects of CME dates back to 1859 when Richard Carrington, one of England’s foremost solar astronomers, observed a series of intense solar flares that fried thousands of miles of interconnected telegraph wires throughout the United States. A CME on a similar scale as the Carrington event would have drastic results on our modern civilization that has become utterly dependent on electricity and microprocessors. 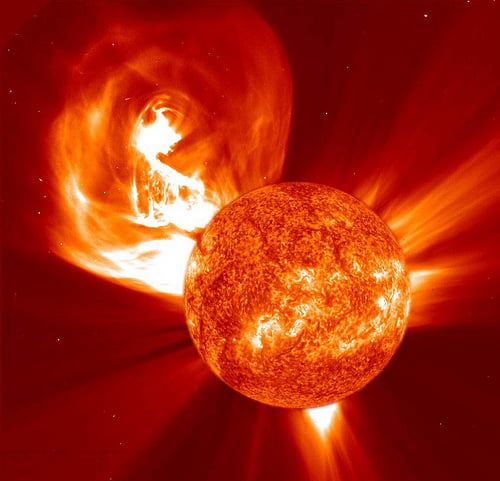 In spite of there being two totally different potential causes of an EMP, the outcome can be equally devastating. Both a HEMP and a significant CME could have real world repercussions that threaten our electrical grid. At primary risk in both cases are our high voltage transformers which would likely be destroyed by the overwhelming surge in electrons that race across the tens of thousands of electrical and communication lines crisscrossing the country. Without these transformers and the lines to transmit electricity from source to use, our modern society simply stops…  And unfortunately, the replacement lead-time for manufacturing and shipping these high voltage transformers, which are now all manufactured in China, is longer than 12-months!

Imagine for a moment what life would be like without electricity for twelve months or perhaps longer!  According to a 2008 study by Metatech, the time required to obtain replacements of these devices under these circumstances could be up to 3-years!  The devastation inflicted on the United States by either a HEMP or severe EMP event would plunge us back to a life that is reminiscent of how we lived in the 1800s. According to several experts, the resulting death rate in the United States as result of prolonged grid-down event is expected to be as high 90%!

It is important to recognize that there is a fundamental difference between the potential scale of damage from a man-made HEMP attack versus that from a solar-based event. It is likely that under the man-made High Altitude EMP/HEMP scenario, we will be dealing with an even greater danger than in the event of a CME. A HEMP differs from a CME in that it is packed with a one-two punch. A HEMP will not only fry unhardened microprocessors (i.e. ruin all electrical devices), but it also could utterly destroy our fragile power grid (i.e. all transformers and transmission devices and wires)!

With a CME, at least we have some variables that will dictate the level of damage such as the severity of the solar flare itself, the direction of impact, and the relative defenses of our atmosphere and the earth’s magnetic field.  The fact is that CME’s hit our Earth with some frequency but are often weak, or hit our atmosphere and magnetic field with a glancing blow.  These weaker or indirect CMEs may only cause some interesting visuals in the night sky, or interrupt some radio transmissions, but are not as catastrophic as a HEMP.  But a massive CME that hits Earth straight on may end up destroying electrical our high voltage electrical grid systems  much the same as a HEMP. Unfortunately, in either case, we will not have much time to prepare for such an event once it’s launched or expelled from the Sun, so preparing for both potential events before they occur is what we should all consider doing. 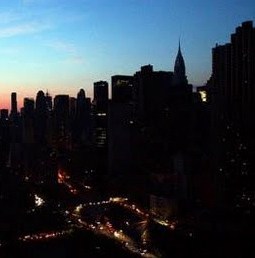 Protecting Yourself from EMP

There is much speculation and misinformation circulating about how you can protect yourself from a CME or HEMP attack. A lot of this conjecture and confusion is in part due to our government’s Top Secret classification on the subject and the fact that they only perform tests on their own hardened structures and military equipment.

The unfortunate reality is that testing various pieces of equipment at one of the few EMP testing facilities open to civilian testing is extremely expensive.   Because of this, there simply has not been a series of tests of non-military vehicles or electronic equipment inside microwave ovens, or aluminum garbage cans to see if these contraptions can actually prevent the passage of electromagnetic waves through the containers like poor man’s Faraday cage! The only EMP protectors available to the civilian population that are guaranteed to work are likely the very expensive commercially produced versions you seen online.  So, whether you choose to make a contraption yourself, or purchase a device made by someone else, it will be hard to say with any certainty that it will protect electronic devices unless it has actually been tested in an EMP testing facility.

The bottom line is that it will be very difficult for the average civilian to protect his/her electronics or automobile with absolute certainty from an HEMP and there is more hope associated with these items “surviving” a CME or solar flare EMP event.  What everyone can and should be doing now is stock up on water, food, medical and other items essential to surviving a world without electricity.  Equally important to taking care of your own/family preparations is to help your neighbors and communities wake up and prepare as well!

In the second part of this article coming tomorrow, we will break down the science of an electromagnetic pulse as well as attempt to dispel more myths and separate more fact from fiction surrounding EMP…

As mentioned in the introduction, our Thinking the Unthinkable Report: EMP Attack! report covers this entire topic in much greater depth and explores the repercussions to the major industries that support our modern society—that is, our financial, manufacturing, farming, healthcare, communications and transportation industries.  Along with this information, we will include suggestions of how you might prepare yourself, your family and your community for such a catastrophic event.

Thinking the Unthinkable: EMP Attack! is available for sale by clicking HERE or by visiting our Shopping Cart at SurvivalWeek.com. This thought-provoking 80-page report sells for $24.95 but will be offered to Modern Survival Online readers at a 20% discount by typing in the coupon code: Rourke.

In the meantime, keep your powder dry and your faith strong!

Co-Founder of SurvivalWeek.com and Publisher of The Beacon.