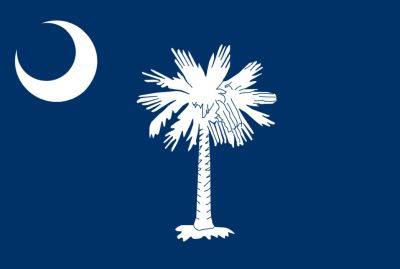 South Carolina would be a superb state for knife ownership and carry if it not for one, awful fly in the ointment; a lack of statewide preemption has allowed several of the largest cities and popular tourist destinations to institute local laws against the carry of knives that hardly seem like they belong in a southern state, or one that is so permissive at the state level.

But there is no use crying over spilt milk. You can learn what you need to know about carrying a knife in the state of South Carolina below, and make sure you stick around to check out the exact text of the statutes at the end of the article.

South Carolina has no prohibitions on the general ownership of any particular class of knife of any kind. In fact, you’ll find in the section that defines weapons, along with the confiscation and disposition of weapons used in crimes, that knives are not particularly defined.

They are instead included in the overall definition of weapon using the phrase any other type of device or object which may be used to inflict bodily injury or death.

Be advised that South Carolina lacks entirely a preemption statute, and despite the state’s conservative leanings and friendliness towards knives at the state level, the local level laws governing knives in several of the major cities are quite a bit more restrictive.

Columbia, Greenville and Charleston all have regulations more impactful than the state’s own statutes.

You may carry any kind of knife you want on or about your person in South Carolina concealed, without benefit of a permit, so long as you are not carrying the knife with intention of committing a crime or furthering the commission of a crime.

The open carry of all kinds of knives is permitted in South Carolina.

As per usual, you cannot carry your knife into any courtroom, courthouse, government installation or school, although South Carolina is significantly more permissive when it comes to taking knives into schools than many states.

First, you may not carry any knife onto the grounds of any elementary or secondary school or school property if it has a blade over 2 inches in length.

Normally, you are not allowed to keep a prohibited knife in your vehicle, even if securely encased or in a locked compartment, while you enter the school building.

You are not even allowed to have it on you if you wait in the car! This is still a violation, and a felony, so take it seriously. However, if you have a concealed weapons permit, you may leave an otherwise prohibited knife in your vehicle so long as it is securely encased.

South Carolina would be a great state for knife owners, a veritable haven, but the lack of preemption at the state level has allowed local laws to be implemented throughout the land that are quite a bit more restrictive than the ones you will find on the state’s books.

Though you can own and carry pretty much any kind of knife you want according to the state, you’ll always have to be prepared to brush up on the particulars of local city and municipal laws if you want to stay on the right side of the law.

SECTION 16-23-405. Definition of “weapon”; confiscation and disposition of weapons used in commission or in furtherance of crime.

(A) Except for the provisions relating to rifles and shotguns in Section 16-23-460, as used in this chapter, “weapon” means firearm (rifle, shotgun, pistol, or similar device that propels a projectile through the energy of an explosive), a blackjack, a metal pipe or pole, or any other type of device, or object which may be used to inflict bodily injury or death.

(A) It shall be unlawful for any person, except state, county, or municipal law enforcement officers or personnel authorized by school officials, to carry on his person, while on any elementary or secondary school property, a knife, with a blade over two inches long, a blackjack, a metal pipe or pole, firearms, or any other type of weapon, device, or object which may be used to inflict bodily injury or death.

(B) This section does not apply to a person who is authorized to carry a concealed weapon pursuant to Article 4, Chapter 31, Title 23 when the weapon remains inside an attended or locked motor vehicle and is secured in a closed glove compartment, closed console, closed trunk, or in a closed container secured by an integral fastener and transported in the luggage compartment of the vehicle.

(A) A person carrying a deadly weapon usually used for the infliction of personal injury concealed about his person is guilty of a misdemeanor, must forfeit to the county, or, if convicted in a municipal court, to the municipality, the concealed weapon, and must be fined not less than two hundred dollars nor more than five hundred dollars or imprisoned not less than thirty days nor more than ninety days.

(B) The provisions of this section do not apply to:

(1) A person carrying a concealed weapon upon his own premises or pursuant to and in compliance with Article 4, Chapter 31 of Title 23; or

(2) peace officers in the actual discharge of their duties.

(C) The provisions of this section also do not apply to rifles, shotguns, dirks, slingshots, metal knuckles, knives, or razors unless they are used with the intent to commit a crime or in furtherance of a crime.

SECTION 16-23-490. Additional punishment for possession of firearm or knife during commission of, or attempt to commit, violent crime.

(A) If a person is in possession of a firearm or visibly displays what appears to be a firearm or visibly displays a knife during the commission of a violent crime and is convicted of committing or attempting to commit a violent crime as defined in Section 16-1-60, he must be imprisoned five years, in addition to the punishment provided for the principal crime. This five-year sentence does not apply in cases where the death penalty or a life sentence without parole is imposed for the violent crime.

(D) As used in this section, “firearm” means any machine gun, automatic rifle, revolver, pistol, or any weapon which will, or is designed to, or may readily be converted to expel a projectile; “knife” means an instrument or tool consisting of a sharp cutting blade whether or not fastened to a handle which is capable of being used to inflict a cut, slash, or wound.