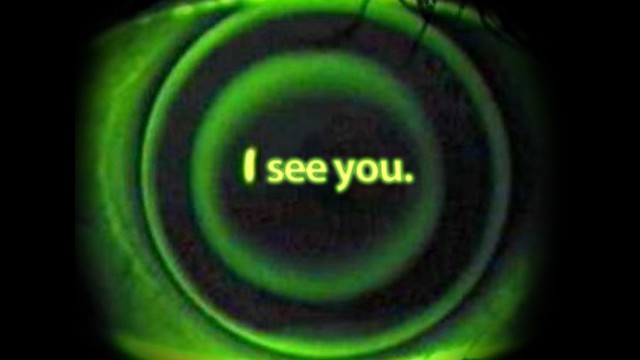 Right up front let me say that night vision, since its inception, has probably been the greatest force multiplier ever developed for the common fighting man. It gives such and advantage to those so equipped, either in defense on a perimeter or out actively patrolling.

Any level of night vision capability is going to give you a great advantage at night over those who do not possess it.

I happened upon this NVD while shopping for a friend who has limited resources and had seen the great deals on night vision that I had shopped for myself. I have a number of NVDs from three different manufacturers, from Generation 1 thru 3 as well as various mounts for them. See my previous article…….

This particular Armasight device can be had from various outlets for $379 (DVOR) to $525. It purports to be a GEN 3 device using newer CORE technology, giving it an advertised 70 lp/mm resolution, the equivalent of conventional GEN 3 devices. I was excited to give this new tech a try.

To its credit the PROS are:

-Small, slightly larger than the PVS14, but seems smaller.

-Light weight, more so than the PVS14

-Dirt cheap for this technology level

-Adaptable to many types of proprietary mounts

-The mounting points are NOT compatible with all of the standard Mil Surplus mounts available. Armasite provides many expensive mount types for their proprietary shoe. A good screwdriver and a tap and T-handle could remedy this.

-The OFF/ON/IR illumination switch does not lock out the IR on position.

With the after glow, after turning off, it is easy to switch the IR on

rather than turning the unit off, and end up killing your battery.

-There is excessive hazing and distortion around the periphery of the image.

-The IR light source is not up to the PVS14, the beam not being as focused.

The clarity of the Armasite SPARK exceeds the ATN, but not the brightness. The image is the equivalent of good daylight binoculars, crisp/sharp, where as the ATN has that lower res TV type image but is almost twice as bright. The ATN amplifies some dark nooks and crannies that the SPARK does not.

Compared against my GEN1+ Adoptics, the SPARK out does it in both clarity and brightness. Based on this the SPARK can be considered an honest GEN 2 device with real 70lp/mm performance. At $4-500 this is an every-mans NVD, very good but not great performance at a reasonable price. 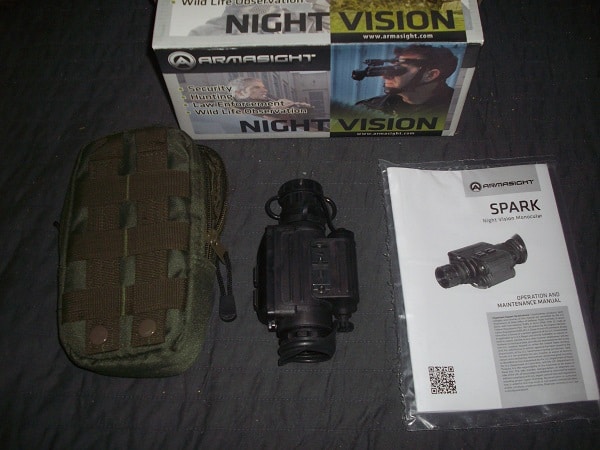 Can I recommend this device? That’s the $1000 question. Is it a true GEN 3 NVD? No, the brightness and the resolution, at center of field of view is very good. It is not quite GEN 3, but at least as good as GEN 2 devices and they sell for about $1500. So it is a good buy for the money, but the overall quality of the image and the fish eye lens type edge distortion really bothers me. I am hoping that perhaps I just got a bad one, it happens, and plan to talk with the factory about this. I really want to like this little NVD, as it has a lot going for it, especially price. As an entry level NVD, I would recommend it over the GEN 1 $2-400 units that are available out there.

My call to Armasite was returned. Not the most helpful but my questions were answered. They affirmed the 70 lp/mm rating, but denied Gen 3 performance, stating that it is more of a Gen 1+ or 2 device. As to the hazing and distortion they suggested I work with the front and eyepiece focus. No luck with that, the fish-eye is still there.

I had originally planned to provide a number of comparison ‘through the lens’ photos with this article. The reality of things showed that the photos were a poor representation of what your eye really sees. It would be a dis-service to the SPARK core to include them.

I have since had a bit more time with this NVD and have concluded that it may be the best out there for the price. You will have to decide for yourself if you can live with its’ drawbacks to save yourself a lot of money to possess night vision. Seize the night!