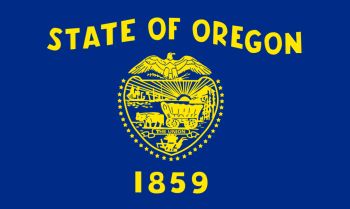 Oregon’s knife laws are broadly consistent with other staunchly liberal states’ laws on the same. They are confusing, unclear, scattered, and too reliant upon legal opinion and precedent derived from actual court proceedings and cases to be useful to the average citizen.

This is one state where it is extraordinarily difficult for an ordinary person to get to the bottom of things without the assistance of an attorney, and even an attorney will be hard-pressed to give you a straight answer you can depend on, unless they specialize in weapons and self-defense law.

Reading through the state statutes feels a lot more like riding a roller coaster than reviewing a legal text such are the loops, whorls and switchbacks. Worse still, there is no preemption law in Oregon, and many places have knife laws on the books even more restrictive than the state law.

In the rest of this article we will do our best to help you plant both feet on bedrock when it comes to the legality of knives in Oregon.

Oregon does not specifically ban any type of knife from ownership, only from particular modes of carry. You may legally possess any kind of knife you want so long as it is kept at your own home, or carried openly in certain circumstances.

Note that Oregon does have a fairly rigorous law covering the possession of weapons including all kinds of knives by felons. Owning anything more than a small and simple knife is grounds for charges if you have a felony record in Oregon or from any other state.

There is very little in the way explicit crimes or permissions on the books in Oregon State statutes when it comes to the carry of knives, especially the concealed carry of knives.

The statutes expertly twist and turn in such a way that we don’t even get a proper definition of what constitutes “concealment” at all. Once again, you have to go digging for one of innumerable test cases already on the books that Oregon uses to prop up its shoddy laws.

In short, the general attitude seems to be that concealed carry of a weapon is defined as carrying it in such a way makes the weapon not readily identifiable as such, or an overt attempt to obscure or hide the fact you are carrying a weapon at all.

That is a lot to unpack. Plausibly, an attempt to hide the fact that one is carrying a weapon could be something as innocuous as sticking a pocket knife in your pocket.

A knife in your pocket cannot be readily discerned as a knife, nor can its presence be deduced, even if informed by the presence of its shape visible through cloth or some artifact like a clip.

There are a few clear facts when it comes to concealed carry, however. You may carry no switchblade (and included in that definition are assisted-opening knives), and you also may not carry any dirk, dagger, pick or spike concealed on or about your person.

Remember that Oregon also defines “carried” as being in luggage that is immediately accessible to the person carrying it.

The open carry of otherwise legal knives is permissible in Oregon, though I would advise maximum caution that you do not raise a fuss or cause a scene, as it is highly likely it will end in a negative outcome if the police have to get involved.

There are quite a few places you cannot carry a knife in the state of Oregon under any circumstances.

You can check out the full list below in the attached statutes, but two of the biggies are schools of any kind, and hospitals. Also included on the list are courthouses, courtrooms, and any governmental building at any level.

Oregon is not an easy state to get along with when it comes to the carry of knives. Though you can own pretty much any kind of knife you want actually carrying it is an entirely different proposition, and will only ever be a hair-raising event that could potentially see you arrested with charges.

Open carry is nominally safer, but the state’s overall attitude on the civilian ownership and possession of weapons is far from positive and you’ll get no relief whatsoever from obtaining a concealed weapons permit.

(1) “Dangerous weapon” means any weapon, device, instrument, material or substance which under the circumstances in which it is used, attempted to be used or threatened to be used, is readily capable of causing death or serious physical injury.

(3) “Deadly physical force” means physical force that under the circumstances in which it is used is readily capable of causing death or serious physical injury.

(6) “Physical force” includes, but is not limited to, the use of an electrical stun gun, tear gas or mace.

(9) “Possess” means to have physical possession or otherwise to exercise dominion or control over property.

(10) “Public place” means a place to which the general public has access and includes, but is not limited to, hallways, lobbies and other parts of apartment houses and hotels not constituting rooms or apartments designed for actual residence, and highways, streets, schools, places of amusement, parks, playgrounds and premises used in connection with public passenger transportation.

Section 161.085 – Definitions with respect to culpability.

(3) “Omission” means a failure to perform an act the performance of which is required by law.

(6) “Culpable mental state” means intentionally, knowingly, recklessly or with criminal negligence as these terms are defined in subsections (7), (8), (9) and (10) of this section.

(7) “Intentionally” or “with intent,” when used with respect to a result or to conduct described by a statute defining an offense, means that a person acts with a conscious objective to cause the result or to engage in the conduct so described.

(9) “Recklessly,” when used with respect to a result or to a circumstance described by a statute defining an offense, means that a person is aware of and consciously disregards a substantial and unjustifiable risk that the result will occur or that the circumstance exists. The risk must be of such nature and degree that disregard thereof constitutes a gross deviation from the standard of care that a reasonable person would observe in the situation.

(10) “Criminal negligence” or “criminally negligent,” when used with respect to a result or to a circumstance described by a statute defining an offense, means that a person fails to be aware of a substantial and unjustifiable risk that the result will occur or that the circumstance exists. The risk must be of such nature and degree that the failure to be aware of it constitutes a gross deviation from the standard of care that a reasonable person would observe in the situation.

(1) Except as provided in subsection (2) of this section, any person who carries concealed upon the person any knife having a blade that projects or swings into position by force of a spring or by centrifugal force, any dirk, dagger, ice pick, slungshot, metal knuckles, or any similar instrument by the use of which injury could be inflicted upon the person or property of any other person, commits a Class B misdemeanor.

(2) Any person who has been convicted of a felony under the law of this state or any other state, or who has been convicted of a felony under the laws of the Government of the United States, who owns or has in the person’s possession or under the person’s custody or control any instrument or weapon having a blade that projects or swings into position by force of a spring or by centrifugal force or any blackjack, slungshot, sandclub, sandbag, sap glove, metal knuckles or an Electro-Muscular Disruption Technology device as defined in ORS 165.540, or who carries a dirk, dagger or stiletto, commits the crime of felon in possession of a restricted weapon.

(7) “Local court facility” means the portion of a building in which a justice court, a municipal court, a probate court or a juvenile court conducts business, during the hours in which the court operates.

(9) “Public building” means a hospital, a capitol building, a public or private school, as defined in ORS 339.315, a college or university, a city hall or the residence of any state official elected by the state at large, and the grounds adjacent to each such building. The term also includes that portion of any other building occupied by an agency of the state or a municipal corporation, as defined in ORS 297.405, other than a court facility.

(b) Any dirk, dagger, ice pick, slingshot, metal knuckles or any similar instrument or a knife, other than an ordinary pocketknife with a blade less than four inches in length, the use of which could inflict injury upon a person or property;

(1) Any person who intentionally possesses a loaded or unloaded firearm or any other instrument used as a dangerous weapon, while in or on a public building, shall upon conviction be guilty of a Class C felony.

(2)(a) Except as otherwise provided in paragraph (b) of this subsection, a person who intentionally possesses:

(B) A weapon, other than a firearm, in a court facility may be required to surrender the weapon to a law enforcement officer or to immediately remove it from the court facility. A person who fails to comply with this subparagraph is guilty, upon conviction, of a Class C felony.

(b) The presiding judge of a judicial district or a municipal court may enter an order permitting the possession of specified weapons in a court facility.

(j) Possession of a firearm on school property if the firearm:

(A) Is possessed by a person who is not otherwise prohibited from possessing the firearm; and

(B) Is unloaded and locked in a motor vehicle.