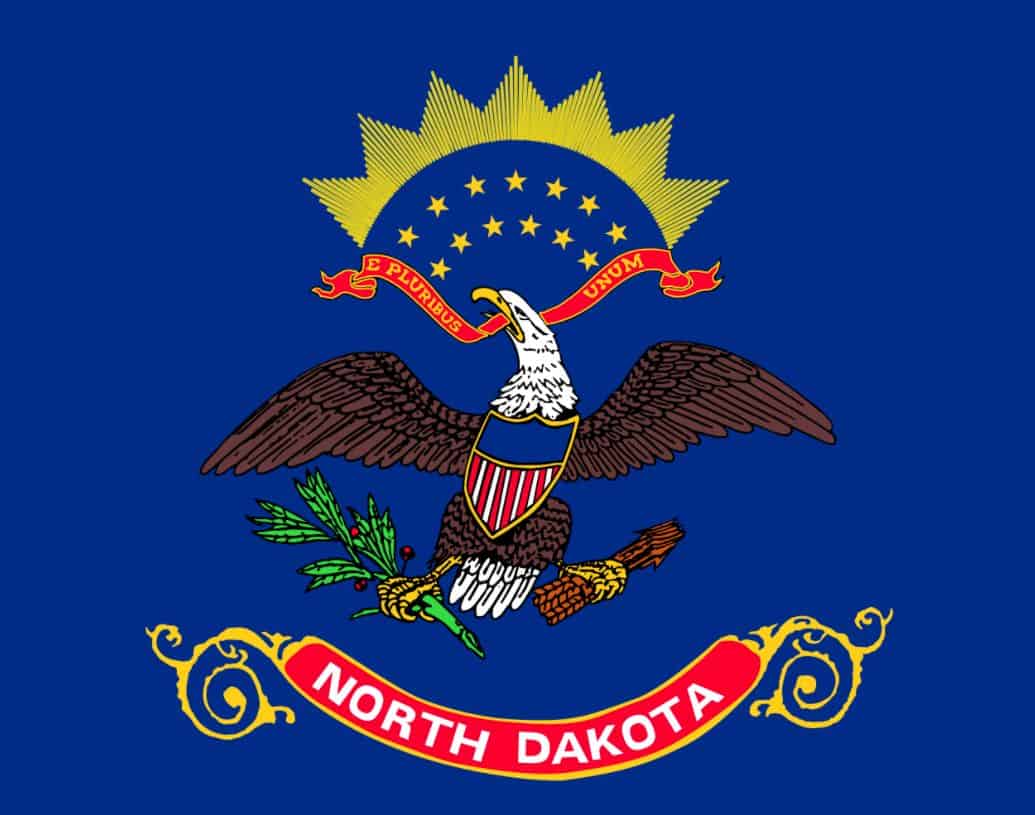 North Dakota is a surprisingly restrictive state for those knife carriers who lack a concealed weapons permit, and is all the more eyebrow-raising when you consider how permissive its Southern sibling is. North Dakota’s laws governing knives are long, circular and seemingly inconsistent to the casual reader, overly complicating what should be a simple affair.

The bottom line is that while you may own any kind of knife in North Dakota you may only carry knives categorized as dangerous weapons if you have a concealed weapons permit.

Thanks to fairly broad language used in the statutes to categorize what knives are in fact dangerous weapons, you’d be illegally carrying an awful lot of different knives if you lack a concealed weapons permit.

Adding insult to injury is North Dakota’s lack of any statewide preemption, though most places you go will not have laws that are significantly more restrictive than the State’s laws.

We will give you the most important pieces of information regarding North Dakota’s knife laws below, and provide you with the relevant state statutes at the end of this article so you can investigate them for yourself.

North Dakota allows you to own any kind of knife, and carry any kind of knife openly with no particular restrictions on ownership regarding length, action, special features or anything else.

This is good as far as it goes, but as we will learn in the following sections you’re only able to carry concealed a great many knives if you have a concealed weapons permit issued by the state or buy a state that has reciprocity with North Dakota.

Regarding knives, any switchblade, gravity knife, machete, scimitar, stiletto, sword, dagger, or knife with a blade measuring 5 inches or longer is a dangerous weapon and may not be concealed without a concealed weapons permit.

If somebody really wanted to make a point out of it, the vast majority of knives, including common folding pocketknives, could be wrangled to fit into one of those categories. Take great care when selecting a knife for concealed carry if you do not have a valid concealed weapons permit for North Dakota.

Also note that any convicted felons cannot own dangerous weapons in the state.

If you have a North Dakota-issued or North Dakota-accepted concealed weapons permit things get a lot better when it comes to the carry of knives categorized as deadly weapons. Specifically, you may carry any kind you want anywhere that you are legally allowed to carry them.

Open carry of any legal knife is permissible in North Dakota. Take care to understand North Dakota’s definition of concealed: North Dakota specifically says that a dangerous weapon is concealed if it is carried in such a manner as to not be discernible by the ordinary observation of a passerby.

The statutes specifically say that the item in question does not have to be completely invisible, only that its form and identity cannot be readily discerned.

Take care that you do not play this too close to the bone and potentially get tagged with a concealed weapons charge if you do not have the privilege to carry a given knife concealed.

There are quite a few places that you may not carry a knife in North Dakota without special permission or without being a law enforcement officer. Included on this list is any church, any place that serves alcohol for consumption on site, schools, and certain publicly owned buildings.

North Dakota runs hot and cold when it comes to the legality of knives. On the one hand you can legally own any kind of knife you desire, and carry that knife open. But if you lack a concealed weapons permit you will be tightly restricted as to what kind of knife you can carry thanks to the way they define knives as dangerous weapons.

There are no two ways about it if you want maximum flexibility to select a knife in North Dakota; you will need to get a permit.

As used in this title, unless the context otherwise requires:

1. “Dangerous weapon” includes any switchblade or gravity knife, machete, scimitar, stiletto, sword, dagger, or knife with a blade of five inches [12.7 centimeters] or more; any throwing star, nunchaku, or other martial arts weapon; any billy, blackjack, sap, bludgeon, cudgel, metal knuckles, or sand club; any slungshot; any bow and arrow, crossbow, or spear; any weapon that will expel, or is readily capable of expelling, a projectile by the action of a spring, compressed air, or compressed gas, including any such weapon, loaded or unloaded, commonly referred to as a BB gun, air rifle, or CO2 gun; and any projector of a bomb or any object containing or capable of producing and emitting any noxious liquid, gas, or substance. “Dangerous weapon” does not include a spray or aerosol containing CS, also known as ortho-chlorobenzamalonitrile; CN, also known as alpha-chloroacetophenone; or other irritating agent intended for use in the defense of an individual, nor does the term include a device that uses voltage for the defense of an individual, unless the device uses a projectile and voltage or the device uses a projectile and may be used to apply multiple applications of voltage during a single incident, then the term includes the device for an individual who is prohibited from possessing a firearm under this title.

2. “Direct supervision of an adult” means that an adult is present in such close proximity so as to be capable of observing and directing the actions of the individual supervised.

10. “Plain view” means the handgun is placed in such a location or carried in such a position as to be easily discernible by the ordinary observation of a passerby. In a motor vehicle, this includes being placed on the seat, dashboard, or in a gunrack as long as the handgun is not covered or is in any other way concealed from view

12. “Secured” means the firearm is closed into the trunk or nonpassenger part of the vehicle; placed into a closed and secure carrying device; rendered inoperative by the use of a trigger, hammer, cylinder, slide, or barrel-locking device that renders the firearm incapable of firing until the device is unlocked and removed; or so disassembled or disabled as to be rendered incapable of firing.

2. Locked in a closed trunk or luggage compartment of a motor vehicle;

3. Carried in the field while lawfully engaged in hunting, trapping, or target shooting, whether visible or not;

4. Carried by any person permitted by law to possess a handgun unloaded and in a secure wrapper from the place of purchase to that person’s home or place of business, or to a place of repair, or back from those locations; or

5. A bow and arrow, rifle, shotgun, unloaded handgun, or a weapon that will expel, or is readily capable of expelling, a projectile by the action of a spring, compressed air, or compressed gas including any such weapon commonly referred to as a BB gun, air rifle, or CO2 gun, while carried in a motor vehicle.

1. An individual, other than a law enforcement officer, may not carry a firearm or dangerous weapon concealed unless the individual is licensed to do so or exempted under this chapter.

2. An individual who is not otherwise precluded from possessing a class 2 firearm and dangerous weapon license under this chapter and who has possessed for at least one year a valid driver’s license or nondriver identification card issued by the department of transportation may carry a firearm concealed under this chapter.

2. This section does not apply to:

a. A law enforcement officer.

d. A designee of the proprietor when the designee is displaying an unloaded firearm or dangerous weapon as a prize or sale item in a raffle or auction.

e. Private security personnel while on duty for the purpose of delivering or receiving moneys used at the liquor establishment or at the gaming site at which bingo is the primary gaming activity.

f. The restaurant part of an establishment if an individual under twenty-one years of age is not prohibited in that part of the establishment.

If you aren’t a cop, the owner, the owner’s employee or a hired cash collector/armored car guard, don’t carry your knife in there. You’ll notice there is no exception for license holders.

62.1-02-05. Possession of a firearm or dangerous weapon at a public gathering – Penalty – Application.

1. An individual who knowingly possesses a firearm or dangerous weapon at a public gathering is guilty of an infraction. For the purpose of this section, “public gathering” means an athletic or sporting event, a school, a church or other place of worship, and a publicly owned or operated building.