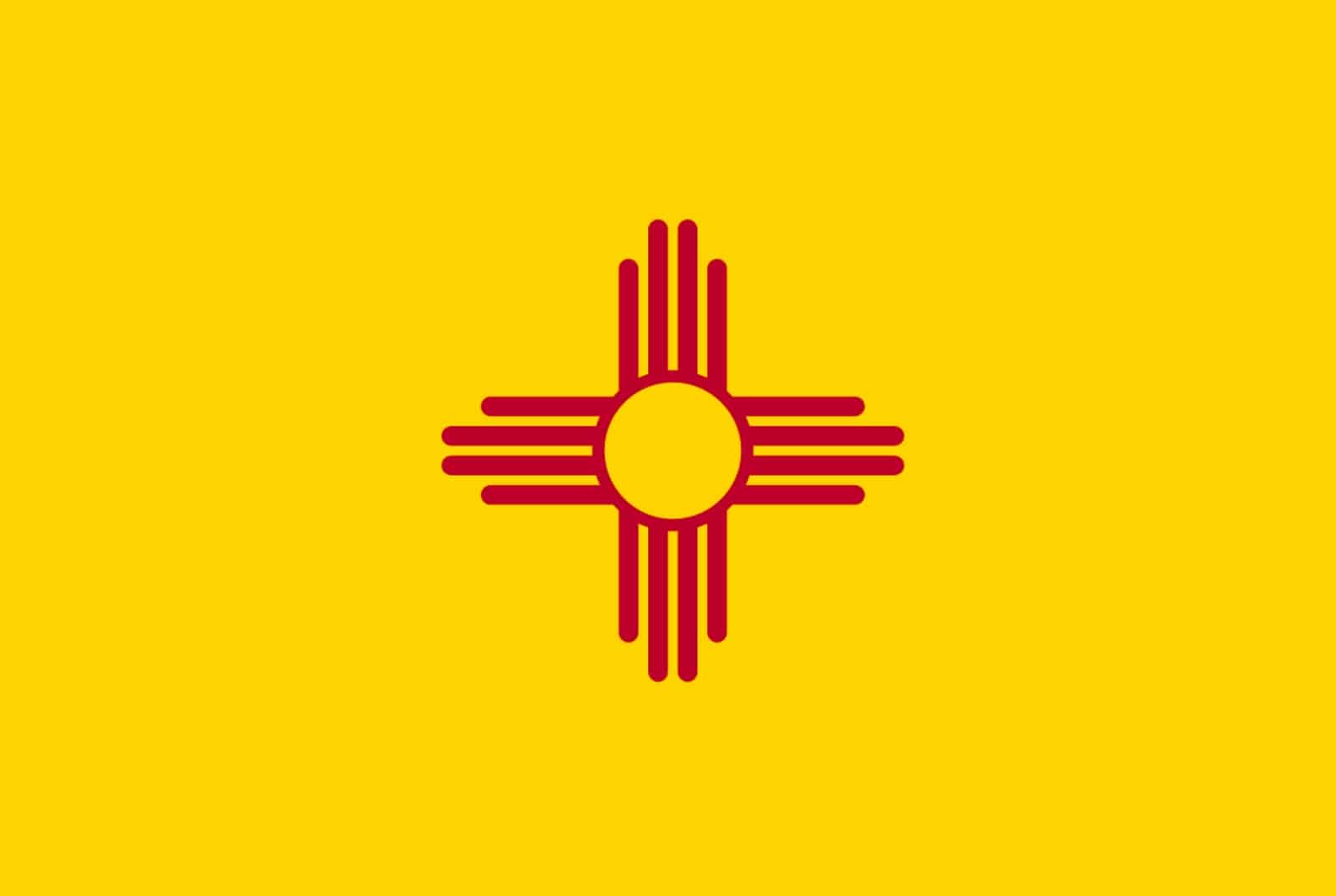 New Mexico is a state with knife laws that I and a whole bunch of citizens, frankly, wish were a little bit better.

Though you could still count New Mexico as a “mostly” free state there are still plenty of knife regulations to go around, including murky legal language covering concealed carry, entirely prohibited types and classes of knives and generally circuitous laws that are likely to being twisted against citizens who have otherwise done nothing wrong.

If we are being honest and fair it isn’t all bad: The state does have a fairly sturdy preemption clause in its constitution, and that means you won’t be facing overlapping sets of local laws and having to deal with those when you travel through or in to the state.

The New Mexico legal system has generally given certain classes of pocketknife the all-clear for concealed carry, helping to subvert, however slightly, the treacherous legal language that is presently on the books.

In the sections below we will highlight the most important facts you need to know if you’re going to carry a knife in New Mexico. Be sure to check out the exact text of the state statutes at the very end.

New Mexico has general prohibitions on deadly weapons, a term which they define as including knives of essentially all kinds, with the exact language of the text reading as any weapon capable of producing death or great bodily harm which includes but is not restricted to daggers, switchblade knives, bowie knives, poniards, butcher knives, dirk knives and all such weapons with which dangerous cuts or thrusts can be inflicted.

They further go onto define great bodily harm as any injury to a person which great a high probability of death, serious disfigurement or result in permanent loss or impairment of any part of the body.

Obviously, any knife of any kind, except perhaps a butter knife or spatula, can produce wounds of the type described as being typically inherent to the harm inflicted by deadly weapons.

This puts potentially every, single kind of knife and knife owner on notice in the state, and to date there has been no initiative or clarification effort that has been successful in reducing the seemingly contradictory state statutes in question. Stay on your toes, residents and visitors to New Mexico!

Also, switchblades are prohibited entirely in the state of New Mexico, and New Mexico defines a switchblade as any knife with a blade that opens automatically by hand pressure applied to a button, spring or other device in the handle of the knife or any knife having a blade which opens or falls or is ejected into position by the force of gravity or by any outward or centrifugal thrust or movement. Possession of any such weapon is a misdemeanor.

Automatic knives and butterfly knives are completely out due to the way that statue is worded and I would advise any reader to forgo an assisted-opening knife also, as regrettable as that is.

Lacking any overhauls of the state statutes governing knives and also lacking any specific language such as the “bias toward closure” provision that protects assisted-opening knives from statutes that are intended to specifically ban automatics and only automatics you are far too likely to get charged if discovered carrying or possessing an assisted-opening knife as things are.

At least the state’s preemption law is written into its very constitution, so you will not have to contend with multiple or increasingly restrictive laws as you go from town to town or place to place.

Statue 30-7-1 tells us that being armed with a deadly weapon is simply having it on your person or in close proximity so that the weapon is readily accessible, and may easily be interpreted as having it on or about the person in a piece of luggage like a purse or backpack.

The law further goes on to explain that the unlawful carrying of a deadly weapon takes place anytime the user possesses a forbidden weapon and is outside of their residence or their vehicle.

Any real property that is owned by the carrier or property of which the carrier is a lessee is also permitted for the carry of a deadly weapon.

Unfortunately, it is highly likely that possessing a concealed weapons permit does not allow a person to carry any deadly weapon that is a knife outside of their vehicle, home or other property that they own or have rightful access to as a tenant.

Though the previously mentioned statute does declare that possessing a concealed weapons permit is an exemption for the offense of carrying concealed a deadly weapon, the New Mexico State statutes elsewhere also explicitly state that the concealed weapons license is valid only for handguns, not for knives, and that puts a concealed carry of most knives accept common folding pocket knives in jeopardy.

The bottom line is that New Mexico’s laws are poorly written, contradictory and generally not helpful. You cannot rely upon the common-sense and goodwill of any law enforcement official to keep you out of trouble.

You and you alone will be solely responsible for your choices when it comes to the carrying of weapons, and potentially illegal weapons among them.

The open carry of knives is legal in New Mexico so long as one is not carrying a switchblade, which again includes automatic knives, butterfly knives and very likely assisted-opening knives as detailed above.

As with most states regardless of the type of weapon you cannot carry any deadly weapon and practically any knife onto the grounds of a school or university, though the latter is unclear.

If you are wise, you will not push your luck and take a knife, especially a deadly weapon, onto the grounds of any university. It is a felony charge.

New Mexico is not a great state for knife owners. The law is contradictory, poorly written and in all likelihood outright bans the concealed carry of any knife that does not meet classification as a “common” pocketknife, which is defined nowhere in the state statutes, relying instead on legal opinion and court precedent which is liable to be changed or overridden at any time.

Until such time as New Mexico gets its act together and overhauls its knife statutes, you will need to be on your guard when carrying any substantial knife concealed in the state.

A. “great bodily harm” means an injury to the person which creates a high probability of death; or which causes serious disfigurement; or which results in permanent or protracted loss or impairment of the function of any member or organ of the body;

“Carrying a deadly weapon” means being armed with a deadly weapon by having it on the person, or in close proximity thereto, so that the weapon is readily accessible for use.

A. Unlawful carrying of a deadly weapon consists of carrying a concealed loaded firearm or any other type of deadly weapon anywhere, except in the following cases:

(1) in the person’s residence or on real property belonging to him as owner, lessee, tenant or licensee;

(2) in a private automobile or other private means of conveyance, for lawful protection of the person’s or another’s person or property;

(3) by a peace officer in accordance with the policies of his law enforcement agency who is certified pursuant to the Law Enforcement Training Act [29-7-1 NMSA 1978];

(5) by a person in possession of a valid concealed handgun license issued to him by the department of public safety pursuant to the provisions of the Concealed Handgun Carry Act [29-19-1 NMSA 1978].

B. Nothing in this section shall be construed to prevent the carrying of any unloaded firearm.

C. Whoever commits unlawful carrying of a deadly weapon is guilty of a petty misdemeanor.

Unlawful possession of switchblades consists of any person, either manufacturing, causing to be manufactured, possessing, displaying, offering, selling, lending, giving away or purchasing any knife which has a blade which opens automatically by hand pressure applied to a button, spring or other device in the handle of the knife, or any knife having a blade which opens or falls or is ejected into position by the force of gravity or by any outward or centrifugal thrust or movement.

Whoever commits unlawful possession of switchblades is guilty of a petty misdemeanor.

30-7-2.1. Unlawful carrying of a deadly weapon on school premises.

(4) a person conducting or participating in a school-approved program, class or other activity involving the carrying of a deadly weapon; or

(5) a person older than nineteen years of age on school premises in a private automobile or other private means of conveyance, for lawful protection of the person’s or another’s person or property.

B. As used in this section, “school premises” means:

(1) the buildings and grounds, including playgrounds, playing fields and parking areas and any school bus of any public elementary, secondary, junior high or high school in or on which school or school-related activities are being operated under the supervision of a local school board; or

(2) any other public buildings or grounds, including playing fields and parking areas that are not public school property, in or on which public school-related and sanctioned activities are being performed.

C. Whoever commits unlawful carrying of a deadly weapon on school premises is guilty of a fourth degree felony.

30-7-2.4. Unlawful carrying of a firearm on university premises; notice; penalty.

(3) a student, instructor or other university-authorized personnel who are engaged in army, navy, marine corps or air force reserve officer training corps programs or a state-authorized hunter safety training program;

(4) a person conducting or participating in a university-approved program, class or other activity involving the carrying of a firearm; or

(5) a person older than nineteen years of age on university premises in a private automobile or other private means of conveyance, for lawful protection of the person’s or another’s person or property.

C. As used in this section:

(b) any other public buildings or grounds, including playing fields and parking areas that are not university property, in or on which university-related and sanctioned activities are performed.

D. Whoever commits unlawful carrying of a firearm on university premises is guilty of a petty misdemeanor.