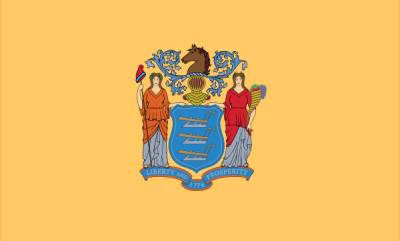 It should be no surprise to anyone even passingly familiar with self-defense concepts that New Jersey ranks as among the very worst states when it comes to ownership and carry of weapons of all kinds. Knives are certainly included.

New Jersey’s state statutes are overly long, worded in such a way that officials may spring the jaws of the justice system closed on anyone they please whenever they feel like it. This is a state where citizens will always be on the back foot if they choose to carry weapons, including knives.

Potentially any kind of knife is restricted in the state, and the wording of the statutes allows subjective judgments to be made based on interpretation.

Various test cases over the years support this assertion. It does not matter for the most part what kind of knife you carry and whether or not you carry it openly or concealed.

New Jersey’s law is simply too mercurial to provide any dependable determination of what knife is allowed under what conditions, and what knife is not. Brace yourself for the horror, and read on.

Several kinds of knives are banned for possession by type in New Jersey unless one has an “explainable lawful purpose”. Specifically, gravity knives, switchblades, daggers, dirks, ballistic knives and stilettos.

If you are in possession of any of those knives without an explainable lawful purpose you’re guilty of a crime of the 4th degree, and will face felony charges.

What is an explainable lawful purpose? That is a great question, and New Jersey nowhere defines that turn of phrase anywhere in the state statutes, instead relying on a torturous legal history by which they prosecute and extort money from citizenry over minor transgressions related to knives that no one cares about.

Tragically, legal precedent in New Jersey shows that there is some liability even when having any of those knives in your home as part of a collection; though nominally a lawful purpose carrying any of them anywhere outside of your home is decidedly not considered a lawful purpose. You have been warned.

Also note that any knife that does not explicitly fall into one of the mentioned categories above is still considered a weapon, and any person who has in his possession any other way, exact words of the text, under circumstances not manifestly appropriate for lawful uses is likewise guilty of a crime of the fourth degree.

The concealed carry of a knife that is manifestly legal may be carried for an explainably lawful purpose and is, nominally, legal to carry in the state of New Jersey without a permit.

I must impress upon readers with emphasis that the law regarding weapons, and that includes innocent, innocuous pocket knives, is always against you in the state of New Jersey, and you must plan and prepare accordingly.

Concealed weapons permits do not grow on trees in New Jersey, and that is to say they are not easy to get.

But, even if you do have a concealed weapons permit or are able to obtain one, it does not grant you any additional permissions with regards to the carry of knives.

The open carry of knives in New Jersey is not manifestly illegal, but it is asking for trouble and you should never do it.

You may possess no knife, or anything approximating a knife, on any school property, school grounds within any school building or vehicle, at any school event or gathering.

New Jersey is a balefully awful state for knife owners as the law is manifestly designed to set you up for failure.

As written, whether or not any given knife is legally possessed for a lawful purpose does not even depend on you being able to explain as much; if the arresting officer or the prosecutor or the judge or the jury thinks that you did not have a manifestly lawful purpose at the time you possessed a given knife you might be prosecuted for it.

This is not conjecture, and any violation of knife possession statutes in the state will earn you a felony.

h. “Gravity knife” means any knife which has a blade which is released from the handle or sheath thereof by the force of gravity or the application of centrifugal force.

p. “Switchblade knife” means any knife or similar device which has a blade which opens automatically by hand pressure applied to a button, spring or other device in the handle of the knife.

r. “Weapon” means anything readily capable of lethal use or of inflicting serious bodily injury. The term includes, but is not limited to, all (1) firearms, even though not loaded or lacking a clip or other component to render them immediately operable; (2) components which can be readily assembled into a weapon; (3) gravity knives, switchblade knives, daggers, dirks, stilettos, or other dangerous knives, billies, blackjacks, bludgeons, metal knuckles, sandclubs, slingshots, cesti or similar leather bands studded with metal filings or razor blades imbedded in wood; and (4) stun guns; and any weapon or other device which projects, releases, or emits tear gas or any other substance intended to produce temporary physical discomfort or permanent injury through being vaporized or otherwise dispensed in the air.

u. “Ballistic knife” means any weapon or other device capable of lethal use and which can propel a knife blade.

i. Nothing in subsection e. of this section shall be construed to prevent any guard in the employ of a private security company, who is licensed to carry a firearm, from the possession of a nightstick when in the actual performance of his official duties, provided that he has satisfactorily completed a training course approved by the Police Training Commission in the use of a nightstick.

d. Other weapons. Any person who knowingly has in his possession any other weapon under circumstances not manifestly appropriate for such lawful uses as it may have is guilty of a crime of the fourth degree.

h. A person who is convicted of a crime under subsection a., b. or f. of this section shall be ineligible for participation in any program of intensive supervision; provided, however, that this provision shall not apply to a crime under subsection b. involving only a handgun which is in the nature of an air gun, spring gun or pistol or other weapon of a similar nature in which the propelling force is a spring, elastic band, carbon dioxide, compressed or other gas or vapor, air or compressed air, or is ignited by compressed air, and ejecting a bullet or missile smaller than three-eighths of an inch in diameter, with sufficient force to injure a person.

i. A person convicted of violating subsection a., b. or f. of this section shall be sentenced by the court to a term of imprisonment, which shall include the imposition of a minimum term during which the defendant shall be ineligible for parole, if the court finds that the aggravating circumstance set forth in paragraph (5) of subsection a. of N.J.S.2C:44-1 applies. (…)

Section: 2C:39-9.1: Sale of knives to minors; crime of the fourth degree; exceptions

4. A person who sells any hunting, fishing, combat or survival knife having a blade length of five inches or more or an overall length of 10 inches or more to a person under 18 years of age commits a crime of the fourth degree; except that the establishment by a preponderance of the evidence of all of the following facts by a person making the sale shall constitute an affirmative defense to any prosecution therefor: a. that the purchaser falsely represented his age by producing a driver’s license bearing a photograph of the licensee, or by producing a photographic identification card issued pursuant to section 2 of P.L.1980, c. 47 (C.39:3-29.3), or by producing a similar card purporting to be a valid identification card indicating that he was 18 years of age or older, and b. that the appearance of the purchaser was such that an ordinary prudent person would believe him to be 18 years of age or older, and c. that the sale was made in good faith relying upon the indicators of age listed in a. and b. above.

e. Firearms or other weapons in educational institutions.

(1) Any person who knowingly has in his possession any firearm in or upon any part of the buildings or grounds of any school, college, university or other educational institution, without the written authorization of the governing officer of the institution, is guilty of a crime of the third degree, irrespective of whether he possesses a valid permit to carry the firearm or a valid firearms purchaser identification card.

(2) Any person who knowingly possesses any weapon enumerated in paragraphs (3) and (4) of subsection r. of N.J.S.2C:39-1 or any components which can readily be assembled into a firearm or other weapon enumerated in subsection r. of N.J.S.2C:39-1 or any other weapon under circumstances not manifestly appropriate for such lawful use as it may have, while in or upon any part of the buildings or grounds of any school, college, university or other educational institution without the written authorization of the governing officer of the institution is guilty of a crime of the fourth degree.

(3) Any person who knowingly has in his possession any imitation firearm in or upon any part of the buildings or grounds of any school, college, university or other educational institution, without the written authorization of the governing officer of the institution, or while on any school bus is a disorderly person, irrespective of whether he possesses a valid permit to carry a firearm or a valid firearms purchaser identification card.