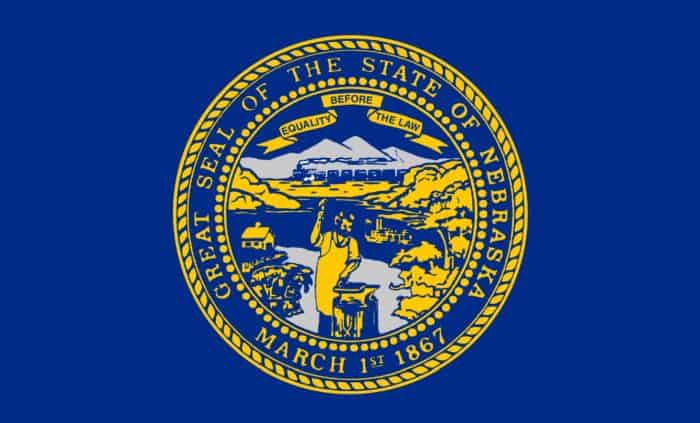 Nebraska is a strange state when it comes to the civilian ownership of knives. On the one hand, the general attitude of the state regarding prosecution and test cases seems to be fairly friendly for civilian carry, but the way the statutes are written can give you an impression that is decidedly anything but friendly.

This is exemplified in their confusing definition of “knife” as a seemingly separate term from ordinary cutting instruments, such as, uh, knives again, and a downright puzzling proscription on blade length.

Confused? Good, they probably have you right where they want you. Though you’re unlikely to run afoul of the law concerning knives unless you go out of your way to get in trouble, ignorance or misinterpretation of the law is still no excuse so any responsible citizen who carries a knife in the state of Nebraska must take the time to unravel the mysteries of the states statutes.

We will try to help you do that in the article below.

You may own any kind of knife in the state of Nebraska, something of a sharp contrast, if you’ll forgive the pun, to the condition of their concealed carry laws covering knives which we will investigate just below.

Be aware that Nebraska has no statewide preemption laws, and though the state is generally knife-friendly there are several cities that have local restrictions significantly more imposing than those of the state at large. Omaha and Hastings are two such settlements.

Make sure you do your homework, as ignorance of the law is no excuse, especially when it comes to weapons!

When it comes to concealed carry, Nebraska restricts several knives by type but more importantly places crucial emphasis on the length of the blade; no knife of any kind is legal for concealed carry if it has a blade measuring 3 ½ inches or longer.

It does not matter if it is folding or fixed, and no other salient features make any difference though the state specifically makes mention that any dagger, dirk, knife or stiletto with a blade over 3 ½ inches in length qualifies as a knife which means it is subject to the prohibition on concealed carry.

It is interesting to note that Nebraska has a definition for “knife”, as a category of weapon which includes the description and definition above, and knives per se, which they define as any dangerous instrument capable of inflicting, cutting, stabbing or tearing wounds which if used in the manner that it is intended to be used will produce death or serious bodily injury.

Fairly confusing, huh? Yes it is, but what is more important is what this means to you and thankfully that is fairly simple.

The bottom line is any knife of any kind with a blade measuring 3 ½ inches or longer cannot be legally carried concealed. There is nothing more complicated than that that you need to remember, and this has borne out multiple times in court.

If you really want to get down to brass tacks, it is worth pointing out that Nebraska state law does not prevent common knives with blades measuring less than 3 ½ inches from being classified as concealed deadly weapons, and thereby potentially landing you with a charge.

To the best of my knowledge there has been no reckless prosecution of citizens who were otherwise behaving properly and carrying ordinary knives, but the law does say what it says, and so you must be aware of it.

It is worth noting that Nebraska makes allowances for the concealed carry of forbidden knives through an affirmative defense claim of self-defense, but remind yourself that any affirmative defense is one that must be proven in court; it will not exonerate you on the street at the moment of arrest or prevent you from being charged.

Nebraska makes no additional allowances when it comes to the concealed carry of knives for those who have a concealed weapons permit, and the state statute enumerated possession of a permit as a defense against the charge of carrying a concealed weapon specifically makes mention of only handguns, no other firearm and definitely not knives. That is just the way it is.

There is no restriction whatsoever on the open carry of knives in Nebraska, including any of the types that are otherwise forbidden from being carrying concealed.

Make sure you read and understand exactly what defines and determines “concealed” in the state so that you do not get wrongly accused of trying to conceal a knife on your belt or carried in some other way.

Once again you may not carry your knife onto the grounds, into the buildings, or into the events or vehicles of any school in Nebraska.

Nebraska is a frustrating state for knife owners. On the one hand you may own legally any kind of knife you desire, but you may only concealed carry any knife with a blade measuring less than 3 1/2 inches under any conditions and in any circumstances. Obtaining a concealed weapons permit will not give you any additional permissions.

Residents and travelers to the state must also stay aware that a lack of statewide preemption has given certain localities free reign to implement even more restrictive laws than the state standard.

(1) Firearm means any weapon which is designed to or may readily be converted to expel any projectile by the action of an explosive or frame or receiver of any such weapon;

(a) Any dagger, dirk, knife, or stiletto with a blade over three and one-half inches in length and which, in the manner it is used or intended to be used, is capable of producing death or serious bodily injury; or

(b) Any other dangerous instrument which is capable of inflicting cutting, stabbing, or tearing wounds and which, in the manner it is used or intended to be used, is capable of producing death or serious bodily injury;

(6) Knuckles and brass or iron knuckles means any instrument that consists of finger rings or guards made of a hard substance and that is designed, made, or adapted for the purpose of inflicting serious bodily injury or death by striking a person with a fist enclosed in the knuckles;

Annotation : The Legislature intended the words “with a blade over three and one-half inches” to apply to daggers, dirks, knives, and stilettos, such that any of these items having blades over 3 1/2 inches are “knives” under subsection (4) of this section. Daggers, dirks, knives, or stilettos with blades over 3 1/2 inches are knives per se. When a case involves an instrument not specifically named in subsection (4) of this section, the State bears the burden of proving that the instrument is a dangerous instrument capable of inflicting cutting, stabbing, or tearing wounds, and thus is a “knife” for purposes of section 28-1205(1). State v. Bottolfson, 259 Neb. 470, 610 N.W.2d 378 (2000).

(1)(a) Except as otherwise provided in this section, any person who carries a weapon or weapons concealed on or about his or her person, such as a handgun, a knife, brass or iron knuckles, or any other deadly weapon, commits the offense of carrying a concealed weapon.

(b) It is an affirmative defense that the defendant was engaged in any lawful business, calling, or employment at the time he or she was carrying any weapon or weapons and the circumstances in which such person was placed at the time were such as to justify a prudent person in carrying the weapon or weapons for the defense of his or her person, property, or family.

(2) This section does not apply to a person who is the holder of a valid permit issued under the Concealed Handgun Permit Act if the concealed weapon the defendant is carrying is a handgun.

(3) Carrying a concealed weapon is a Class I misdemeanor.

(4) In the case of a second or subsequent conviction under this section, carrying a concealed weapon is a Class IV felony.

The following student conduct shall constitute grounds for long-term suspension, expulsion, or mandatory reassignment, subject to the procedural provisions of the Student Discipline Act, when such activity occurs on school grounds, in a vehicle owned, leased, or contracted by a school being used for a school purpose or in a vehicle being driven for a school purpose by a school employee or by his or her designee, or at a school-sponsored activity or athletic event:

(1) Use of violence, force, coercion, threat, intimidation, or similar conduct in a manner that constitutes a substantial interference with school purposes;

(3) Causing or attempting to cause personal injury to a school employee, to a school volunteer, or to any student. Personal injury caused by accident, self-defense, or other action undertaken on the reasonable belief that it was necessary to protect some other person shall not constitute a violation of this subdivision;

(4) Threatening or intimidating any student for the purpose of or with the intent of obtaining money or anything of value from such student;

(5) Knowingly possessing, handling, or transmitting any object or material that is ordinarily or generally considered a weapon;

(7) Public indecency as defined in section 28-806, except that this subdivision shall apply only to students at least twelve years of age but less than nineteen years of age;

(10) Engaging in any other activity forbidden by the laws of the State of Nebraska which activity constitutes a danger to other students or interferes with school purposes; or

(11) A repeated violation of any rules and standards validly established pursuant to section 79-262 if such violations constitute a substantial interference with school purposes.

It is the intent of the Legislature that alternatives to suspension or expulsion be imposed against a student who is truant, tardy, or otherwise absent from required school activities.