I make no effort to hide the fact that I have a huge infatuation with flashlights. Ever since my youth flashlights have represented safety and security. Something goes “bump” in the night? Well, grab the handy dandy flashlight and scare it away.

My most recent flashlight acquisition comes from a company called Dorcy. Specifically – the model is called the “Metal Gear XL-M Extreme”. It is promoted as a high performance “next generation” flashlight throwing out 618 lumens. Running around $79.00 it is not cheap – but there are certainly more expensive models out there. 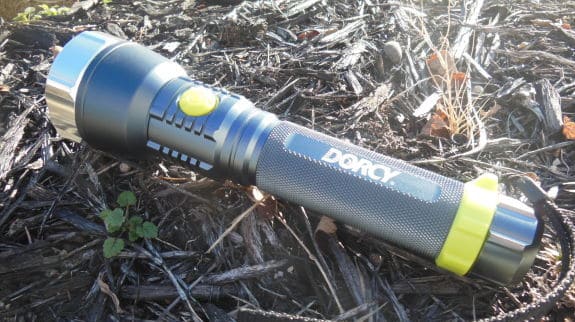 I consider the Metal Gear XL-M to be a medium-sized flashlight. With its knurling, lower plastic ring, and ribbed upper section holding and wielding the light is not a problem.

Its size is not too large that it can’t be stuck in a back pocket however it is too large to be a daily carry light. It will fit in most any vehicle glove box and is just fine in a Get Home Bag. 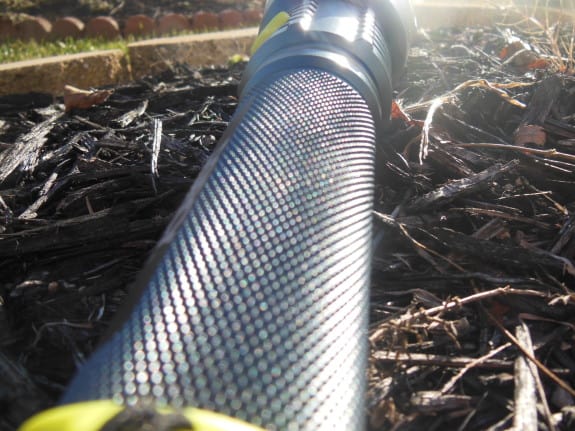 The knurling is not overly aggressive however it works. I tried wetting the flashlight as well as my hands and it still felt very secure. 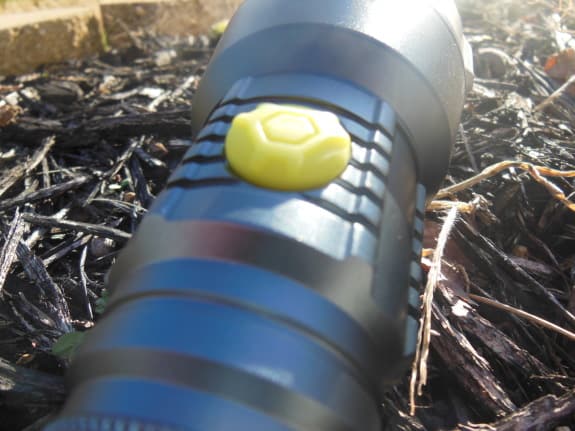 The light feels solid and well made. Everything is tight and nothing wiggles or shakes. The on-off button is mounted on the side of the light rather than the cap and it on and off securely.  Illumination options are high-low-off. I am not a fan of the strobe functions except for weapon-mounted lights and the absence of this feature is a positive one in my book. 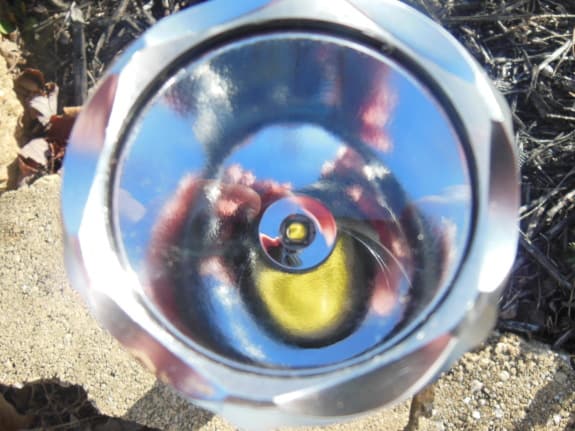 This flashlight is bright….like….EXTREMELY bright. Rated at 618 lumens I would say that is right on the money as I compared it to other lights of similar brightness levels. The polycarbonate lense is crystal clear and reflective dome deeply coned. What you end up with is an extremely defined and narrow beam that reminds me of a light saber. The Cree XL-M LED flat out works. 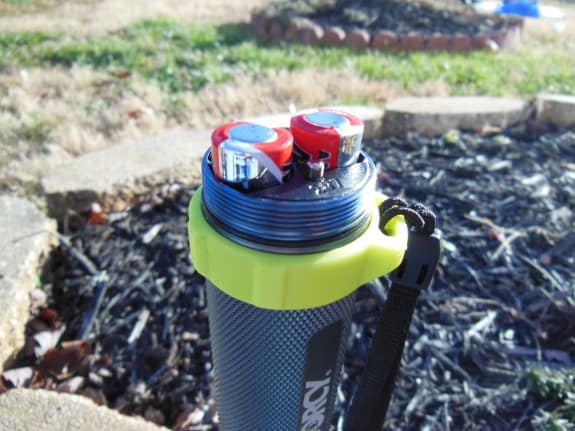 Batteries are standard AA and the Dorcy Metal Gear XL-M requires 6 of them. I like that a commonly available battery is used. As can be seen in the picture o-rings are used on the battery cap. I would suggest that the Dorcy is water resistant rather than water proof although no “dunk” test was performed.

A lanyard is provided and does what it is supposed to although I rarely use it. It is useful for hanging the light for storage and of course providing some extra security by looping it around the wrist. 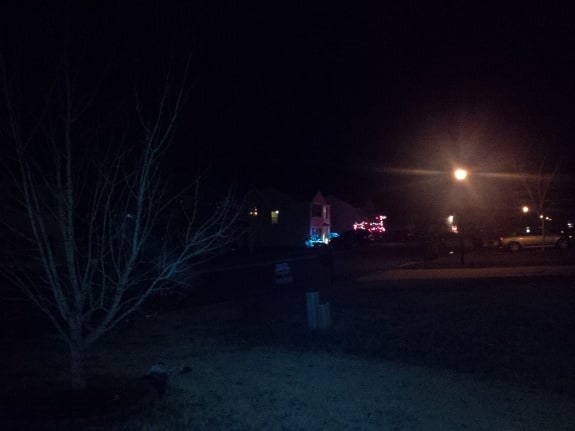 The photograph above is a neighbors house across the street approx 100 yards away. The visible lights are a few Christmas lights in their front yard. 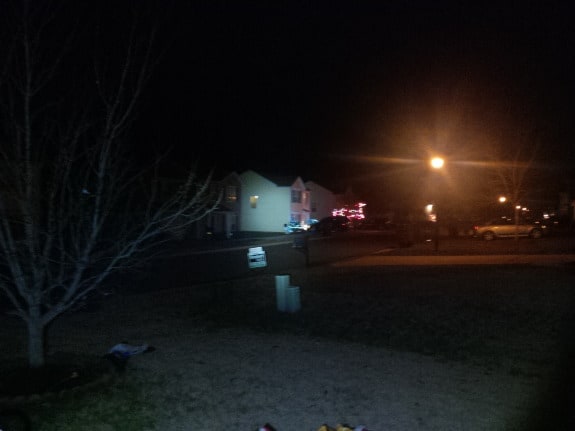 The photograph above is the very same house lit up by the 618 lumens. The picture really doesn’t do it justice. My neighbors probably thought Earth was being invaded by aliens as the light blasted through their windows.

The Dorcy Metal Gear XL-M is evidence that technology continues to move forward in leaps and bounds providing us with incredible portable lighting performance at great prices.

I highly recommend the Dorcy when considering your flashlight options.