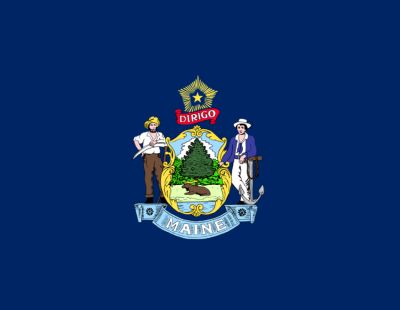 Maine is a highly frustrating state for knife owners to live and exist in.

Despite some fairly recent advances in one category of their state statutes, in this case the legalization of automatic knives, Maine suffers terribly from laws that are extraordinarily vague, ill-defined and nearly impossible to decipher for the average person, relying instead upon judicial decision to make a determination.

In short, Maine explicitly disallows a couple categories of knives, but also uses incredibly uncertain language that could potentially lump in every other knife one might carry. It does not in any way make attempts to clarify what knives are allowed or not allowed under given conditions.

There are a few exemptions for outdoor activities like hunting and fishing, but the vast majority of us are not engaged in those activities much of the time and even then the statutes are anything but clear.

To make things even worse you won’t even have the nicety of statewide preemption to back you up, meaning that the state’s hazy laws could be further complicated or overridden by even hazier local county or city laws.

Stated simply, Maine is a mess for knife owners, and shows no signs of improving.

Though any kind of knife is nominally legal to own in the state of Maine, the statutes are extremely confusing and offer no assistance whatsoever in defining what types of knives are explicitly forbidden.

The statutes are reasonably clear when it comes to simple ownership, but things get frustrating fast when considering what types of knives are legal for carry concealed or openly.

The Maine statutes are nearly impossible to interpret with any degree of definitive accuracy and there is no other conclusion to make except that what knives are and are not legal will predominantly be left up to judicial opinion.

There are several classifications of knife that are forbidden from concealed carry, with or without a concealed weapons permit. The relevant definitions are “dangerous weapon”, “Bowie knife”, “dirk” and “stiletto”.

Nowhere in the state statutes are any of these terms defined with anything approaching precision, or at least precision enough to inform the opinion of the carrier whether or not his knife is legal.

In the statutes, one qualifier for whether or not a knife is a dangerous weapon is whether or not the knife in question is “designed and capable” of producing serious bodily injury.

This is weasel term to include in a passage of law because even knives that are explicitly not designed to be capable of producing serious bodily injury can produce said injury.

Though they reserve the right to charge and prosecute accordingly, Maine has in the past relied upon the standard of whether or not a particular model of a knife was specifically designed and marketed for use against people. Be warned that is not standard procedure or a given in such cases!

Regarding any specifically mentioned category of knife above, you may not conceal them under your clothes or about your person in any way.

The only exceptions are if the knife is being used in one of the mentioned outdoor activities elsewhere in the statutes, namely trapping, hunting and fishing.

Despite this, the statutes remain extremely unclear regarding the specifics of forbidden knives, and you would be wise to use the utmost caution when selecting and carrying a knife in the state of Maine.

The state statutes regarding open carry remain frustratingly vague. The statutes say only that one may not display a dangerous or deadly weapon, or any restricted category of knife, in a threatening way.

The state does not define what a threatening way is, and whether or not the evidence of such is dependent upon the intent of the wielder or carrier, or the perception of the person who can see the knife in question.

Is a knife carried in an enclosure like a sheath or scabbard that is plainly visible on the belt considered concealed, or is it considered legally open carry? What are the circumstances under which the knife was cited be considered a threatening display?

This is not semantics, as people have been tried and prosecuted for less in the state over the carry of edged weapons. It would not do to carry an obvious and innocent kind of knife only to have some pearl-clutching scaredy cat call the cops on you and get you arrested.

Again, this author urges you to use maximum discretion and care when choosing and carrying any knife in any way in the state of Maine.

Courthouses, schools and any public area or event that prohibits the carrying of weapons. Both public and private schools are included in the prohibition on knives.

Maine is an infuriatingly confusing state when it comes to the carry of knives. Though no type of knife is explicitly forbidden from ownership, it seems like the state has gone out of its way to make its statutes as vague and illusive as possible.

As of press time it appears that there is no end in sight and no improvement coming; anyone who chooses to carry a knife, especially a knife that might be construed as a restricted type in any way and under any conditions, must use maximum caution and discretion in the state.

A. “Use of a dangerous weapon” means the use of a firearm or other weapon, device, instrument, material or substance, whether animate or inanimate, which, in the manner it is used or threatened to be used is capable of producing death or serious bodily injury.

B. “Armed with a dangerous weapon” means in actual possession, regardless of whether the possession is visible or concealed, of:

(2) Any device designed as a weapon and capable of producing death or serious bodily injury; or

(3) Any other device, instrument, material or substance, whether animate or inanimate, which, in the manner it is intended to be used by the actor, is capable of producing or threatening death or serious bodily injury. For purposes of this definition, the intent may be conditional.

C. When used in any other context, “dangerous weapon” means a firearm or any device designed as a weapon and capable of producing death or serious bodily injury.

D. For purposes of this subsection, proof that a thing is presented in a covered or open manner as a dangerous weapon gives rise to a permissible inference under the Maine Rules of Evidence, Rule 303 that it, in fact, is a dangerous weapon.

10. “Dwelling place” means a structure that is adapted for overnight accommodation of persons, or sections of any structure similarly adapted. A dwelling place does not include garages or other structures, whether adjacent or attached to the dwelling place, that are used solely for the storage of property or structures formerly used as dwelling places that are uninhabitable. It is immaterial whether a person is actually present.

23. “Serious bodily injury” means a bodily injury which creates a substantial risk of death or which causes serious, permanent disfigurement or loss or substantial impairment of the function of any bodily member or organ, or extended convalescence necessary for recovery of physical health.

2001-A. Threatening display of or carrying concealed weapon

1. Display or carrying prohibited. A person may not, unless excepted by a provision of law:

A. Display in a threatening manner a firearm, slungshot, knuckles, bowie knife, dirk, stiletto or other dangerous or deadly weapon usually employed in the attack on or defense of a person;

B. Wear under the person’s clothes or conceal about the person’s person a firearm, slungshot, knuckles, bowie knife, dirk, stiletto or other dangerous or deadly weapon usually employed in the attack on or defense of a person.

2. Exceptions. The provisions of this section concerning the carrying of concealed weapons do not apply to:

A. A handgun carried by a person to whom a valid permit to carry a concealed handgun has been issued as provided in this chapter;

B. Disabling chemicals as described in Title 17-A, section 1002;

D. A handgun carried by a law enforcement officer, a corrections officer or a corrections supervisor as permitted in writing by the officer’s or supervisor’s employer; [2011, c. 691, Pt. A, §24 (RPR).]

E. A firearm carried by a person engaged in conduct for which a state-issued hunting or trapping license is required and possessing the required license, or a firearm carried by a resident person engaged in conduct expressly authorized by Title 12, section 11108 and section 12202, subsection 1. This paragraph does not authorize or permit the carrying of a concealed or loaded firearm in a motor vehicle; [2011, c. 691, Pt. A, §24 (RPR).]