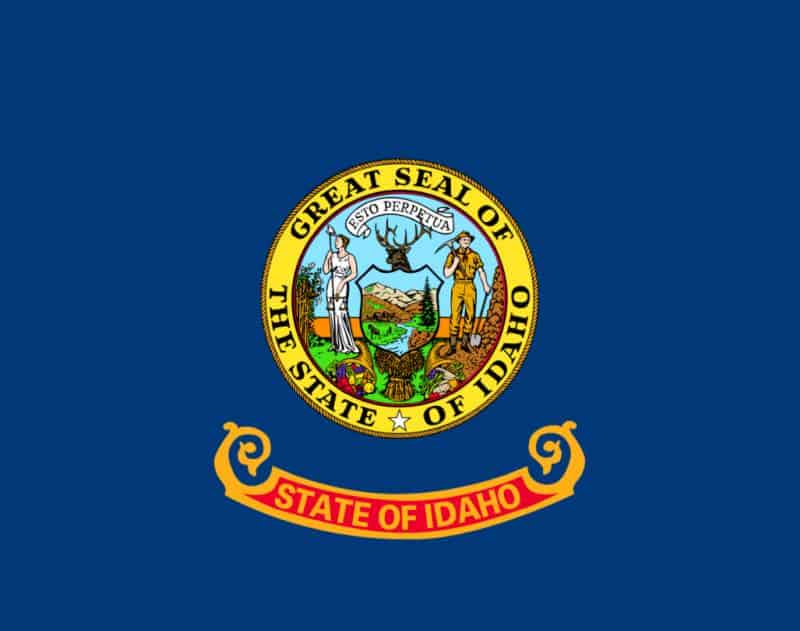 Idaho is a fairly dependable state for knife carriers. What restrictions they have on type and length are ameliorated for those who have a state-issued or state-accepted concealed weapons permit.

If you do not you only run into trouble concerning knife selection if you attempt to carry it concealed. So long as you are carrying openly you may carry any knife you want even lacking a permit.

Idaho only enforces modest restrictions on blade length and a few types of knives banned specifically. The only other thing you can take away from Idaho is the lack of statewide preemption concerning knife laws.

In the sections below we will be taking a look at the finer points of the Idaho state law, having taken the liberty of parsing through their lengthy statutes for you. Read on to get the bottom line on Idaho State knife laws!

Idaho does not ban any type of knife specifically from general possession or ownership. This includes butterfly knives, automatic knives and switchblades, ballistic knives and all such typically restricted blades that you might expect to see on this list.

Anything goes in Idaho when it comes to knives so long as you are not trying to conceal it without a permit. More on that in the next section.

Concerning knives, Idaho defines dirks, dirk knives, Bowie knives, and daggers as deadly weapons. No other specific references to edged or bladed tools or any other type of knife is listed.

They do list what kinds of knives are specifically not deadly weapons, however, including any knife, cleaver or other edged instrument that is being used by a person for the processing or eating of food and any knife with a blade that is 4 inches or less.

It is worth noting that the Idaho statutes entirely lack any language that concerns a common pocket knife, common folding pocket knife or any other such ambiguous terms, which is a good thing.

If your knife has a blade that is 4 inches or less it is not considered a deadly weapon, though I would definitely advise you to avoid carrying concealed any of the specifically named types of knives.

Lacking an Idaho issued permit or a valid permit from any state that is recognized by Idaho the only knives you may concealed carry are ones that are not categorized as deadly weapons, meaning any knife with a blade that is 4 inches or shorter.

Ostensibly this means that dirks, Bowies and other specifically named deadly weapons should be okay so long as they do not have blades longer than 4 inches but I would advocate you avoid these types of knives for concealed carry if you do not have a permit.

And as always make sure you generously undercut the blade length prohibition; depending on how someone measures the length of the blade it might come out a little shorter or a little longer, and you don’t want to get tagged because you are an eighth or quarter inch over the legal limit.

If you have a concealed weapons permit that is accepted by Idaho you may carry any kind of knife you choose concealed, including the types that are specifically listed as deadly weapons. Additionally you may carry any knife with a blade that is longer than 4 inches.

If you are hell-bent on carrying a specific type of knife but lack a concealed weapons permit open carry might be an acceptable solution for you.

You are forbidden from taking your knife or other deadly weapon onto the grounds, into an event, or onto any vehicle utilized by a public or private elementary or secondary School.

Note that the state allows specific exemptions to this restriction for anyone who is keeping the weapon secured and locked in a compartment inside their vehicle (if they do not attend the school) or anyone else who is delivering or picking up a student or employee from the school or school activity.

Idaho’s section covering prohibited weapons at schools and at school events is quite lengthy, and is attached in the relevant section at the end of this article. I suggest you familiarize yourself with it in its entirety.

Most people who would carry a knife in the state of Idaho will find little to complain about except perhaps the total lack of statewide preemption laws when it comes to knives.

The modest restriction on blade length and type evaporates entirely if you have a concealed weapons permit issued by the state or from another state that Idaho recognizes. Idaho’s allowance of open carry as well as concealed carry gives them good marks in our assessment.

(1) The legislature hereby finds that the people of Idaho have reserved for themselves the right to keep and bear arms while granting the legislature the authority to regulate the carrying of weapons concealed. The provisions of this chapter regulating the carrying of weapons must be strictly construed so as to give maximum scope to the rights retained by the people.

(a) “Concealed weapon” means any deadly weapon carried on or about the person in a manner not discernible by ordinary observation;

(i) Any dirk, dirk knife, bowie knife, dagger or firearm;

(ii) Any other weapon, device, instrument, material or substance that is designed and manufactured to be readily capable of causing death or serious bodily injury; or

(iii) Any other weapon, device, instrument, material or substance that is intended by the person to be readily capable of causing death or serious bodily injury.

(c) The term “deadly weapon” does not include:

(i) Any knife, cleaver or other instrument that is intended by the person to be used in the processing, preparation or eating of food;

(d) “Firearm” means any weapon that will, is designed to, or may readily be converted to expel a projectile by the action of an explosive;

(a) In the person’s place of abode or fixed place of business;

(b) On property in which the person has any ownership or leasehold interest;

(c) On private property where the person has permission to carry concealed weapons from any person with an ownership or leasehold interest;

(d) Outside the limits of or confines of any city, if the person is over eighteen (18) years of age and is not otherwise disqualified from being issued a license under subsection (11) of this section.

(4) Subsection (3) of this section shall not apply to restrict or prohibit the carrying or possession of:

(a) Any deadly weapon located in plain view;

(5) The requirement to secure a license to carry concealed weapons under this section shall not apply to the following persons:

(a) Officials of a city, county or the state of Idaho;

(b) Any publicly elected Idaho official;

(c) Members of the armed forces of the United States or of the national guard when in performance of official duties;

(g) Any person who has physical possession of his valid license or permit authorizing him to carry concealed weapons from another state; and

(h) Any person who has physical possession of a valid license or permit from a local law enforcement agency or court of the United States authorizing him to carry concealed weapons.

(1) It shall be unlawful for any person under the age of eighteen (18) years to possess or have in possession any weapon, as defined in section 18-3302A, Idaho Code, unless he:

(a) Has the written permission of his parent or guardian to possess the weapon; or

(b) Is accompanied by his parent or guardian while he has the weapon in his possession.

(2) Any minor under the age of twelve (12) years in possession of a weapon shall be accompanied by an adult.

(3) Any person who violates the provisions of this section is guilty of a misdemeanor.

(1) (a) It shall be unlawful and is a misdemeanor for any person to possess a firearm or other deadly or dangerous weapon while on the property of a school or in those portions of any building, stadium or other structure on school grounds which, at the time of the violation, were being used for an activity sponsored by or through a school in this state or while riding school provided transportation.

(b) The provisions of this section regarding the possession of a firearm or other deadly or dangerous weapon on school property shall also apply to students of schools while attending or participating in any school-sponsored activity, program or event regardless of location.

(2) Definitions. As used in this section:

(3) Right to search students or minors. For purposes of enforcing the provisions of this section, employees of a school district shall have the right to search all students or minors, including their belongings and lockers, that are reasonably believed to be in violation of the provisions of this section, or applicable school rule or district policy, regarding the possessing of a firearm or other deadly or dangerous weapon.

(4) The provisions of this section shall not apply to the following persons:

(a) A peace officer;

(c) A person who lawfully possesses a firearm or deadly or dangerous weapon as an appropriate part of a program, an event, activity or other circumstance approved by the board of trustees or governing board;

(d) A person or persons complying with the provisions of section 19-202A, Idaho Code;

(e) Any adult over eighteen (18) years of age and not enrolled in a public or private elementary or secondary school who has lawful possession of a firearm or other deadly or dangerous weapon, secured and locked in his vehicle in an unobtrusive, nonthreatening manner;

(f) A person who lawfully possesses a firearm or other deadly or dangerous weapon in a private vehicle while delivering minor children, students or school employees to and from school or a school activity; or

(5) Penalties. Persons who are found guilty of violating the provisions of this section may be sentenced to a jail term of not more than one (1) year or fined an amount not in excess of one thousand dollars ($1,000) or both. If a violator is a student and under the age of eighteen (18) years, the court may place the violator on probation and suspend the juvenile detention or fine or both as long as the violator is enrolled in a program of study recognized by the court that, upon successful completion, will grant the violator a general equivalency diploma (GED) or a high school diploma or other educational program authorized by the court. Upon successful completion of the terms imposed by the court, the court shall discharge the offender from serving the remainder of the sentence. If the violator does not complete, is suspended from, or otherwise withdraws from the program of study imposed by the court, the court, upon receiving such information, shall order the violator to commence serving the sentence provided for in this section.