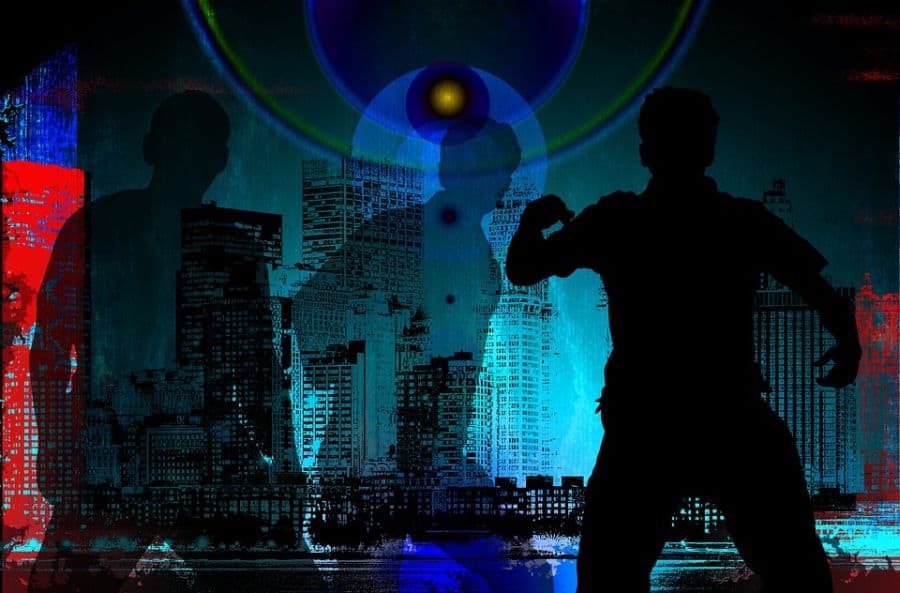 The only thing that keeps some humans from doing unspeakable things is the threat of punishment. If they get caught, they risk incarceration or other legal sanctions, as well as social sanctions of embarrassment and humiliation, and social rejection. They may fear punishment in the next life. This accountability stays the hand of many who embrace the evil at their core. Deterrence is limited, but should not be discounted entirely.

In our current society, inmates who have committed heinous crimes such as homicide or mutilation of the victim, or child abuse resulting in death languish on death row for decades before they are punished by removal from this Earth. Repeat offenders get second, third, fourth, fifth chances, and all they learn is they can continue preying on others and contributing nothing to society and no one will stop them.

Even the social shame, rejection and shunning that once separated criminals from law abiding citizens has steadily eroded and deteriorated. It is no longer shameful to be a criminal. The habits of the lower class have infiltrated upward for the first time in history, as noted by British prison psychiatrist Theodore Dalrymple.

Gang culture and thug culture has become mainstream. People who pay taxes, obey the law, cross at the corner with the light, and dress conservatively, are studious or who take care of their bodies are looked down on with contempt as squares, nerds, dorks, or other insults. These are all indicators of an increasingly degenerate society.

Now imagine a time and place without the at least semblance of the rule of law, and police authority to enforce laws, and courts to administer the law. This could be a nightmare scenario with nationwide societal breakdown and collapse, or it could be regional or local, as we have seen in various US cities after natural disasters, or when a president who is not well liked by “tolerant and peaceful” people gets elected.

Note that I am about to start blatantly stereotyping throughout this paper.

Someone running at you with an crazy look in their eye, holding a baseball bat yelling I am going to kill you Mother F***ker is giving unambiguous messages through their words and body language that they intend to do you harm. Or maybe not. Maybe they just really want ta hug. Perhaps you should give them a chance. You wouldn’t want to stereotype would you? [Sarcasm Alert]

Sometimes the signs are not as clear, and are more ambiguous. Predators, especially the ones higher on the food chain, are more subtle. They wear social camouflage, attempting to appear harmless s in order to close distance with you and get inside your defenses. Others just give you a funny feeling. Something about them is off, but it is hard to say what.

There are adults who display a specific set of dysfunctional, maladaptive, and predatory personality traits. In the criminal justice professional literature, they are referred to as psychopaths or sociopaths. Some sources differentiate between the two, but they basically act the same. In the psychiatric and psychological professional literature, the same individuals are referred to as having Antisocial Personality Disorder. Their character traits are:

There is no medication or psychotherapy which can cure Antisocial personality Disorder. There is even very little available to manage their behavior. They must be incarcerated, supervised, and contained, as they cause great harm.

These are not people you want in your life. They are barely contained in a (relatively) stable society, so they would run free in the absence thereof. (There is one highly effective treatment for sociopaths, but it is controversial. An injection of a 180 grain copper-coated lead capsule into the medulla oblongata will produce cessation of all sociopathic behaviors).

In graduate school, I was leaving the computer lab about midnight, headed for my car.  Man on a bicycle, who did not look like a student was riding through the campus. I made the mistake of looking at him.

He immediately smiled widely; steered toward me and said can you help me? No I can’t I replied, holding up my hand and getting in my car. He rode past with a hurt look. I had no idea who he was, what he wanted, or what his intentions were. Nor did I care to find out. Did I hurt his feelings Yes. Do I care? No.

The best way to win is to not be there when the predator is. To do this, know their habits so you can avoid them, and know what camouflage they wear so you can recognize them

The Fight/Flight/Freeze response, and it how it protects us.

FFF is a hardwired response in our nervous systems. In response to a real or perceived threat, we will release adrenaline from our adrenal glands, sitting atop our kidneys. Adrenaline will make muscles work harder and longer, make you hyper alert and focused, more resistant to pain, and even constrict blood vessels close to the surface to minimize blood loss in the event of lacerations.

You are now prepared to face the threat and overcome it, flee from the threat and escape it, or don’t move so the threat can’t find you. FFF will occur when you become fully aware there is a clear and immediate threat to you safety; in other words you are in Condition Red. Before entering the FFF state, you will often get warning signs.

Listening to your intuition.

. A maxim in self-protection is:

If something feels wrong, it is wrong.

Never question your intuition. If someone or something feels wrong, get away from that person and out of the situation immediately. You can contemplate an analyze ans discuss it all you want later. Maybe you were wrong and made a fool of yourself, or embarrassed yourself; maybe you hurt someone else’s feelings. So what. Your safety is paramount over someone else feelings. The Gift of Fear by Gavin DeBecker is an excellent read. Debecker discusses how human beings have a very well developed sense of danger, which we deliberately choose to ignore

For more information on detecting potential threats, see the videos below:

Beware of anyone gradually closing distance with you, making prolonged eye contact, or continuously glancing at you. These are also normal social behaviors engaged in by someone who wants to meet you, and begin the mutually consensual social connection and bonding process.  This is how you meet friends, lovers, and mates. Predators and scavengers also use this social process to approach their victim and get inside their social defenses.

Creeps can be difficult to define, but they are someone who “induces an ambiguous threat response in you”. There is something about them which make your skin crawl, and puts you on edge, though they are not making an outright threat display. Something about them just makes you feel uneasy.

The man on the bike I mentioned above was an example of a creep. There was something off about him. Why would you approach a stranger for help on a bicycle at midnight in a parking lot? He looked…off. A little vacant, maybe under the influence of drugs, maybe mentally ill, maybe someone who spent a lot of time in isolation, or all the above. In any event his social skills were lacking, and I didn’t want to engage with him.

Creep’s warning signs are highly subjective. Some things to consider:

A central feature of the sociopath is that they are nice. They smile, speak eloquently and articulately, make earnest eye contact, and are attractive. It is all a façade. It is not real. It is an act to entice you and get you to lower your guard. Beware of anyone who is a little too nice, too soon. I know this sounds cynical and misanthropic, and maybe a little paranoid. I think it is realistic.

Once a predator has been detected, your next move is the correct response. Briefly, your response can be as simple as withdrawal or retreat, or an aggressive counter-response. This is a discussion for another time, and is beyond the scope of this article. Start by learning how to detect them.

Don’t get paranoid, seeing threats where there are none. Situational awareness, and reading peoples intentions is an art, skill, and science. Like any endeavor it takes time and practice to become good at.

We will not spam you.
Print
17
Shares