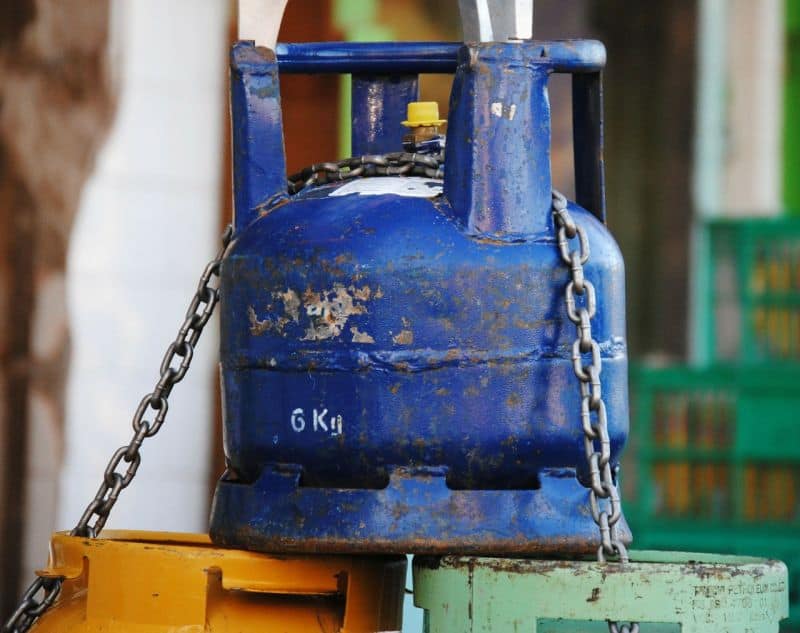 If you are getting ready for the next big emergency, great or small, you will definitely want a good supply of gasoline on hand.

But, compared to keeping beans, bullets and bandages stored for a long period of time, gasoline presents more challenges since it can lose its potency while in storage or even become contaminated with both outcomes, rendering it useless or potentially even harmful to an engine.

This means you’ll have to be extra diligent about storing your gasoline correctly and doing everything you can to extend its usable shelf life, including rotating it.

So how long can you expect to keep an average can of gasoline in storage before you have to worry about it going bad? Typical gasoline blends sold in the United States have a shelf-life ranging anywhere from 3three to 6 months, but you can increase it to 3 years if you add stabilizers. This lifespan is highly variable due to several factors, chief among them the ethanol content. Additional factors include purity, age at the time of purchase, storage conditions including the container, and the presence of any additives or contaminants.

It is in your best interest to dive in and learn as much as you can about the proper storage of gasoline and what you can do to extend its shelf life, particularly if you live in or plan to move to a remote location, with no nearby gas stations.

In addition, in the aftermath of a major catastrophe, the supply of gasoline will be severely curtailed or even halted entirely, meaning you’ll have to make do with what you have on hand, or can scavenge from out in the world.

In the following sections I will share with you information about the shelf life of gasoline as well as what you can do to extend this lifespan.

The Chief Enemy of Gasoline is Time

Gasoline degrades over time, no matter the blend and no matter how it is stored. Generally speaking American gasoline will last anywhere from three to six months as mentioned above.

This is predominantly determined by whether or not you are dealing with pure gasoline or a gasoline ethanol blend, with the latter being overwhelmingly more common, if not far less popular with switched-on gear heads.

The reason gas goes bad over time is because the volatile compounds that make it combustive (and, therefore, put the “combustion” in an internal combustion engine) are vulnerable to evaporation, and break down over time. The longer your gasoline sits in storage the more “pop” it loses.

Another insidious threat to stored gasoline is contamination by water which typically occurs through condensation, especially when kept in areas with significant temperature shifts day to day or when the gasoline is kept in a container with a significant amount of empty space in it.

Impact of Ethanol on Gasoline Lifespan

Say whatever you want about the detergent properties of modern ethanol gasoline blends, but there is no discounting the fact that ethanol is both extremely corrosive, and a major flaw when it comes to in-storage shelf life of your gas.

I already mentioned that ethanol happily attracts water and that means condensation is going to be an even bigger threat for your gasoline stockpile, but worse yet the ethanol itself simply breaks down faster (ruining the gasoline) because it oxidizes quicker than the combustive compounds themselves. Hooray for progress, right?

The bottom line up-front is that the more ethanol is in your gasoline, the shorter its shelf life, all other things being equal. If you have gasoline with a lot of ethanol in it and store it improperly in less-than-ideal conditions, your gas could go bad in as little as a month!

Back on track, the most common ethanol gasoline blend in the United States is 10%, also called E10, which means you’ve got 10% ethanol and 90% gasoline in a given volume. Others are out there though and E15 and E20 are far from uncommon.

Your common, everyday E10 gasoline stored in a proper plastic gas can end in ideal conditions will sit on the shelf for about three months before it goes bad, possibly a little longer.

I hate to be the bearer of bad news, but if you had or somehow managed to track down pure gasoline you will enjoy a 6 month (appx. 180 day) lifespan compared to the measly 90 day lifespan on your ethanol blends.

And don’t forget what I mentioned above: your pure gasoline will more readily repel water, so condensation is less of an issue.

When you hear most people talking about old gas, they usually say it has “gone bad”, instead of just old. It might just be their choice of phrase, but there was actually a big difference between the two.

Gas that is old has lost some of its combustive properties to evaporation and age as discussed above, but it is still entirely usable even if the engine does not run quite as well as it would with refinery fresh gas.

In fact, it is entirely possible to refresh old gasoline by adding new, good gas to it and swirling them together. This is just one way to bring old gas back to life and recoup some of your investment.

But, not all gas that fails to perform is just old and in need of a shot of the good stuff. Certain blends of gas namely, you guessed it, ethanol blend gas do go bad in a big and unsalvageable way.

Over time, ethanol will start to separate from the gasoline, appearing as a sort of oil slick or distinct layer of liquid laying on top of the gas itself. When this happens there is no saving it; you can’t just mix it back together. Chalk that up as another detractor for this government-mandated B.S.!

Contamination is another big concern for stored gasoline of any kind. Old gas can be refreshed and ethanol-blended gas that separates can be easily distinguished, but contamination can be more subtle and insidious.

Contamination typically occurs from water as mentioned which can happen in any container but can also happen as a result of the type of storage container itself, namely metal ones that can corrode and contaminate the gas with rust.

Old gasoline that won’t make your engine fire is one thing, but contaminated gas can damage or even destroy your engine under the right conditions, so don’t chance it!

You must add fuel stabilizers to a quantity of gasoline very carefully as they must be mixed precisely, but doing so can earn you a shelf life of anywhere from a year all the way up to three years. Those are some impressive numbers!

It is definitely worth your while to make use of fuel stabilizers especially when storing large quantities of fuel. This doesn’t let you store the fuel and forget about it until you need it, as you will still need to rotate it to keep from losing it, but it will save you a lot of time and grief in the process.

Your stored gasoline will last anywhere from 3 months to 6 months assuming it is stored properly, and depending upon if it is an ethanol gasoline blend or pure gasoline. The shelf life of your gasoline can be extended by adding fuel stabilizer which can get you an additional 6 to 30 months of shelf life.