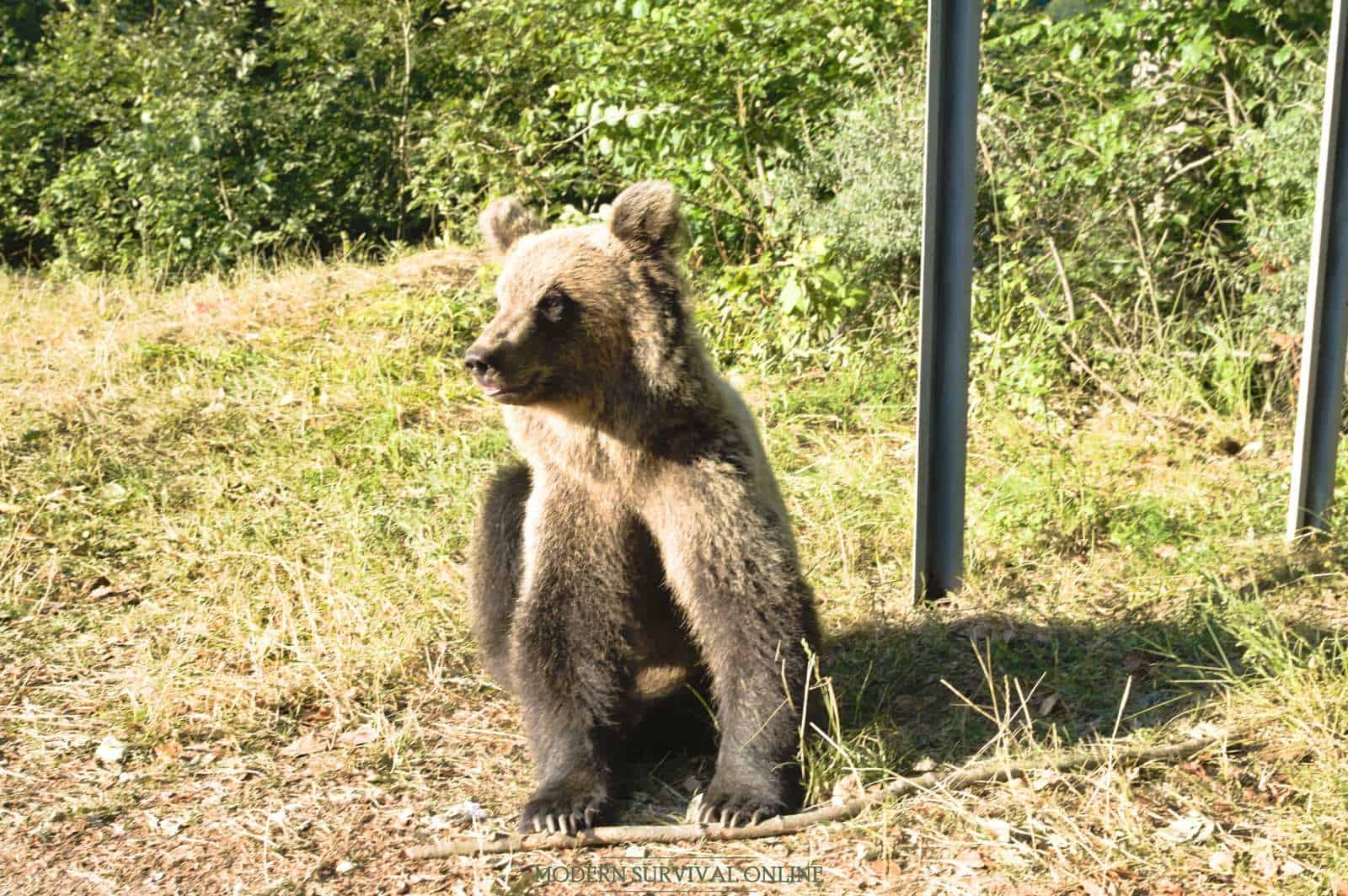 The deep woods and remote forests covering much of the U.S. and an enormous part of Canada are often seen as a sort of “go-to” BOL for preppers, and even in peaceful times are frequently traveled and visited for recreation or practice bug-outs.

These forests also contain bears, which can be a significant threat if you should happen to surprise one, especially a sow with cubs. Rangers, guides and other deep country professionals commonly recommend bear spray as the ideal defensive weapon against bear attacks. But does bear spray really work?

Overwhelmingly, yes. Bear spray is an effective and efficient defensive weapon for preventing bear attacks from brown or black bears. Bear spray provides a high success rate, standoff capability and a forgiving margin of error on deployment, all together making it an excellent choice. And happily, it does no permanent damage to the bear.

While plenty of people recommend firearms for bear defense (and they have a good point), bear spray is easier to use, easier and cheaper to obtain, and all around more effective with less skill investment.

Bear spray has little chance of seriously injuring yourself or bystanders. Its widespread availability and legality means you’ll never have to choose between bear insurance or going legally onto land where firearms might be restricted.

Research initiatives conducted by various state and local agencies discovered that bear spray was successful over 88% of the time in stopping a bear attack or pre-attack charge on a human being!

The remainder of the attacks were also studied and there the scientists found that the injuries sustained by the victim were drastically less severe than by those inflicted typically by a non-dosed bear.

While the reason for the difference is not entirely conclusive, it does not take much figuring to see that the onset of the spicy spray probably convinced the offending bear that the juice was just not worth the squeeze.

While it isn’t as macho, multi-purpose or as lethal as a firearm, for this one task bear spray excels!

How does bear spray work?

Containing an O.C. (oleoresin capsicum) solution in a blend that is often a little stronger than civilian sprays bear spray is used just like pepper spray; remove safety, aim and squeeze trigger or activator.

The larger can bear spray is typically found in supplies greater range, a denser stream and more agent than comparable, small cans of civilian O.C.

Most bear sprays will come with a pre-selected spray pattern from the factory, the two popular types being stream and fog, or mist. Stream units have less spread but greater accuracy and range as they do not aerosolize the contents as much as the fogger units.

The fogger variety has a shorter range, but has the perk of being able to lay down a wide cloud of agent that the bear is almost assured of running into, making accuracy less of priority though wind can quickly ruin this plan or see it backfire by drifting on to you.

The stream-style cans mean accuracy is more important, but they buck the wind a little better and deliver a much stronger “dose” of agent on a hit. You might need nerves of steel to aim well, though, if a bear is charging you!

Ultimately, both types work acceptably but stream gets the all-purpose nod from us.

Does bear spray work on people, too?

Yes it does! Though you should not do so unless it is an emergency development, as some bear sprays might be so strong their use on people could be a violation of law.

That being said, most mammals, humans included, will be affected by bear or pepper spray the same way. Because mammalian biology is generally receptive to the “heat” of the active ingredient in O.C. spray (capsaicin) you can expect it to take effect on people with rapidity.

Any mammal should experience the same excruciatingly unpleasant effects: burning or searing pain in all soft tissues, especially the eyes and mucous membranes, profuse tearing and mucous production, coughing, wheezing and sneezing, and difficulty breathing.

This is bad enough for humans who can at least rationalize the agony. To an animal that is almost certain to never, ever come across something so hot in nature it must be disconcerting in the extreme! That’s the idea.

In fact, you’ll be happy to hear bear spray has documented successes on people, dogs, hogs and cougars aside from bears, so you can carry it with confidence against all kinds of two- and four-legged threats.

Isn’t a gun the one-size fits all solution for defense?

Guns are a good option for bear defense, and the only option for hunting a wide variety of game, but for pure self-defense, bear spray is probably the better option.

Don’t misunderstand me: I don’t blame anyone who wants to go well-heeled in bear country, and it is nothing but prudent, but I would still rely on bear spray as my first line of defense since it is so much more reliably effective than a gun.

All you are trying to accomplish is preventing the bear from attacking you, or making him break off the attack that he started. That’s it. Bear spray directed at his snout and eyes will do it with excellent consistency and rapidity.

Another option is to plow bullets into the bear until you destroy the nervous system or let out enough blood that the bear dies. If you are very lucky, pain or shock might convince the bear to tuck tail before that happens.

Now, to hit the vitals of the bear, you’ll have to precisely aim and fire a bullet so it will strike the bears vitals in the head or chest, both of which are protected by the bulky body of the bear. In the case of the head, it is the strong frontal glacis of the skull. For the chest, slabs of muscle and potentially blubber and the ribs.

One shot may not be enough, necessitating accurate follow-up shots as fast as you can manage. Even with good hits, bears often shrug off gunfire that is not deeply penetrating.

Many guides only recommend shotguns loaded with slugs and potent rifles for bear work. Also keep in mind you will need to nail a moving target…

With bear spray, you need only to aim and spray! Its nature makes a good hit much more likely.

Bear spray is absolutely an effective defense against bears, and provides the range and high hit potential you need when the chips are down and Smokey is closing fast.

If you are planning on being anywhere near areas where bears are known inhabitants, you’d be a fool to forgo your bear spray. Make sure you pick some up before your next foray into the deep country.

We will not spam you.
Print
23
Shares