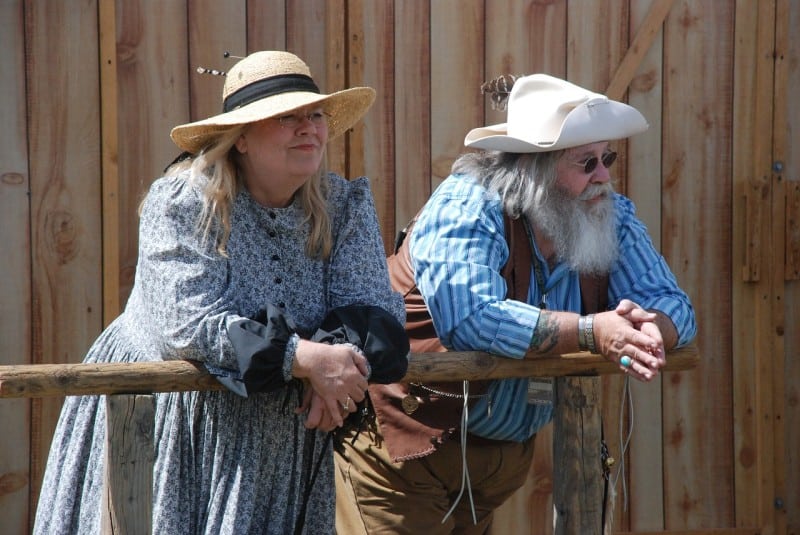 If you are a proponent of self-sufficiency and personal readiness, you have no doubt heard the terms prepper and survivalist bandied about in conversations both on and offline. Whether they were used in a positive context or not chances are they were being employed as labels, as shorthand to easily inform the listener of the type of people the speaker or writer is referring to.

People who are ready to take on the end of the world, people who can run off into the woods to live in a cave and eat snakes if it means surviving. People who hoard food, ammo, guns and fuel.

What is the difference between a prepper and a survivalist? Though the terms can be used as synonyms, there’s a difference between a prepper and a survivalist. A prepper seeks to get the tools and supplies needed to react to disasters and emergencies. A survivalist changes their lifestyle according to what response they anticipate would be required to survive the same situation. Preppers are more concerned with accumulating provisions and gear, where survivalists are more concerned with skillsets and lifestyle choices.

This is a sometimes contentious topic, and that simple analysis is no doubt bound to ruffle a few feathers. We will explore the differences between preppers and survivalists in greater detail below for the remainder of this article.

Is This Just Semantics?

Not really. Though you can use the two terms interchangeably, even words that mean much the same thing in context still impart various levels of nuance. Consider the similarities and the differences between “escort” and “guide” for instance.

A guide could be a person that merely shows you how to get where you are going, or it could imply a person that shows you where to go and what to do once you get there, like a professional hunter.

Escort implies similarly different meanings depending on context in usage, perhaps a protector or perhaps someone ensuring you arrive at the ordered location. So it is the same for prepper and survivalist.

Generally speaking, a prepper is a person who prepares against likely eventualities, and typically does so by ensuring enough supplies, provisions and equipment exist to sustain the loss of other assets and generally allow their life to go on a more or less as it always has.

They will make sure they have enough food to survive the interruption of the supply chain, enough ways to supply electricity that the power grid going down will not affect them, and enough ways to purify any kind of found water that they will not worry about the total loss of public utilities.

In the same situation, a survivalist is typically going to be living the contingency plan they have put into place. They aren’t going to wait to bug out from society; they have already left society!

They aren’t worried about stockpiling a considerable amount of food, even though they likely have done so.

They know where to get their own food, both plant and animal, and how to harvest it themselves. They have probably dug their own well on their own property, a property that is far away from any lines of drift and travel, perfect for evading raiders and teeming herds of refugees.

Preppers are generally more concerned with sustaining themselves and their families through the accumulation of labor-saving equipment, and having enough necessities on hand to last however long the disruption in the normal supply chain will last before things resume.

A survivalist, in comparison, typically seeks to sustain himself and his family through skills and adapting ahead of time to the life that will come instead of making plans to adapt to it after it comes. Important distinction.

This is not to say that a survivalist will not rely on tools, or that they live some “crunchy granola” primitive existence like a neanderthal, but survivalists typically are far more likely to give up the niceties and luxuries of civilization in order to harden both their bodies and their minds against the coming lack thereof.

Your typical prepper will oftentimes not go so far, striving to remain a part of the society and settlement that they always have until such time it is no longer tenable.

You might chalk up one of the biggest ideological differences between preppers and survivalists to that of duration. Your average prepper is making ready to survive the events they think may or are likely to come, but are also typically convinced those events will pass before things return to normal, more or less.

In this way, all of their preparation and skill-building is a sort of “lifeboat” plan; a terrible disaster will befall the “ship” of their daily life, with that ship being society on a local, regional or national level, and they want to be ready to escape that sinking ship until such time as rescue arrives.

Contrast this with the typical attitude of a proper survivalist. Many folks in this personal readiness school of thought believe that things are already bad enough to warrant enacting contingency plans, since when the other shoe drops it is going to be very bad indeed and there is no use putting things off!

Another major difference between prepper and survivalist approaches to personal readiness is the expected interaction between other people in their survival group.

For preppers, this will of course be their family members, but also likely their neighbors and potentially even outside assistance in the form of a MAG or other survival cooperative.

Most preppers do not want to entirely withdraw from society until the writing is on the wall, so to speak, and in my experience place a higher emphasis on cooperation as part of a group for mutual survival.

Contrast this with survivalists who are oftentimes existing as a self-contained unit, meaning themselves and whatever family members that live with or near them.

It is more common among survivalists to see multiple family units or very close friends living on the same large parcel of land or very nearby in order to provide mutual support and redundancy when the balloon goes up.

Generally speaking, survivalists are often more insular and wary of what they see as fragile social connections and networks that could potentially be liabilities when the chips are down. This is certainly supported by their attitude of radical self-reliance.

Preppers and survivalists have very much the same objective, but broadly different approached achieving it via very different means. Preppers emphasize the stockpiling of gear and careful planning to ensure that their lives can go on more or less unaffected by any disaster or mishap that might befall them.

Survivalists, on the other hand, are convinced that it is a matter of when, not if, and have made the choice to live accordingly, pruning off any unnecessary connections to society or technology that they see as vulnerabilities.

Though the two terms are used interchangeably by those less acquainted with the culture of self-readiness, they nonetheless imply very different lifestyles for adherents.

We will not spam you.
Print
72
Shares