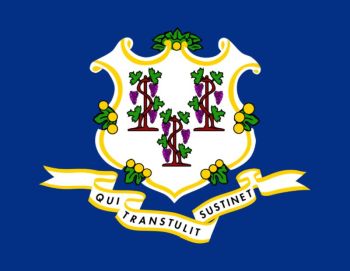 Most New England states are fairly well-known, some might say infamous, for their stringent laws governing the ownership and carry of weapons, and much of the time, knives are no exception. That is definitely the case in Connecticut compared to much of the South and Southwest, but it is not so draconian as you might have heard.

Connecticut does explicitly ban the carry of dirks and stilettos by type, and also the carrying of any knife with a 4 inch or longer blade. Switchblades too are predominantly a non-starter, since one may only carry such a knife if its blade is 1 1/2 inches or shorter.

The silver lining is that Connecticut’s laws are written in such a way that even a layman can easily understand them, but those people who travel from place to place often in the state will have to contend with often contradictory local laws, since Connecticut lacks any form of statewide preemption.

I’ll give you the rest of the facts just below.

Connecticut does not specifically forbid the ownership of any particular kind of knife, but it does ban carrying on or about one’s person several kinds of knives.

Additionally, there are few provisions that will exempt one from the restriction on type or length of knife if carrying it on your person, specifically:

You had better be able to prove that last one!

The only other exemptions are carrying an otherwise legal knife to be repaired or restored or back from service at such a location. Also allowed is if one is engaged in legal hunting, fishing or trapping, and has the appropriate licenses.

That’s pretty much it; if you own a type of knife that is otherwise legal to carry on or about your person, you are safe so long as it is only at your home barring you are engaged in any of the exempted activities above. The moment you carry it for any other purpose you are feloniously breaking the law.

Regarding blade length, take care to note that Connecticut defines blade length by the “edged portion” of the blade.

While this is mechanically distinct from the overall length of the blade itself, it would not do to make a test case of yourself by trying to carry a lengthy knife optimized for stabbing that was not sharpened.

Chances are the majority of field tests will be conducted by measuring the overall length of the blade from the point to where it contacts the handle. Don’t try to be clever with this one!

Connecticut forbids a couple types of knives entirely, and places restrictions on blade lengths for the other types.

You may not carry any dirk or any stiletto of any kind or length; since the state lacks specific definitions for these types of knives it is assumed that they have the common definition.

Switchblades are surprisingly okay, but their blades must be no longer than 1 1/2 inches. Of particular note is the specific verbiage in the Connecticut statutes that quantifies switchblades.

The exact wording of the text reads “any knife having an automatic spring release device by which a blade is released from the handle.”

The state of Connecticut makes no distinction regarding its knife carry laws if one has a permit or not.

The state of Connecticut makes no distinction between concealed carry of knives and the open carry of knives; the operative clause “person who carries upon his or her person” applies whether or not one has a knife concealed or openly displayed, and also includes carrying a knife inside personal luggage like purses, satchels and backpacks.

Connecticut has a few prohibited places when it comes to the carry of knives, even pocket knives. Any public meeting, public hearing, school facility or legislature building is off-limits.

Also, one must be aware of any local laws governing the carry of knives into various places since Connecticut has no statewide preemption on the books, and that means you will have to learn and adhere to municipal and city laws no matter how varying they might be if you want to remain on the right side of the law.

As far as New England states go Connecticut is pretty good, but it is decidedly mediocre when it comes to knife laws in regards to the rest of the country.

As always, understanding of the law as written is critical. Ignorance is never an excuse. Below is a selection of the most important and most relevant CT knife statutes, but not all of them. Make sure you take the time to review and research all of them.

(a) Any person who carries upon his or her person any BB. gun, blackjack, metal or brass knuckles, or any dirk knife, or any switch knife, or any knife having an automatic spring release device by which a blade is released from the handle, having a blade of over one and one-half inches in length, or stiletto, or any knife the edged portion of the blade of which is four inches or more in length, any police baton or nightstick, or any martial arts weapon or electronic defense weapon, as defined in section 53a-3, or any other dangerous or deadly weapon or instrument, shall be guilty of a class E felony. Whenever any person is found guilty of a violation of this section, any weapon or other instrument within the provisions of this section, found upon the body of such person, shall be forfeited to the municipality wherein such person was apprehended, notwithstanding any failure of the judgment of conviction to expressly impose such forfeiture.

(b) The provisions of this section shall not apply to

(1) any officer charged with the preservation of the public peace while engaged in the pursuit of such officer’s official duties;

(2) the carrying of a baton or nightstick by a security guard while engaged in the pursuit of such guard’s official duties;

(3) the carrying of a knife, the edged portion of the blade of which is four inches or more in length, by

(B) any member of any military organization when on parade or when going to or from any place of assembly,

(C) any person while transporting such knife as merchandise or for display at an authorized gun or knife show,

(D) any person who is found with any such knife concealed upon one’s person while lawfully removing such person’s household goods or effects from one place to another, or from one residence to another,

(G) any person while participating in an authorized historic reenactment;