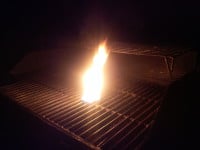 I recently discovered an inexpensive and highly effective homemade fire starting creation: wax impregnated cotton disks. I am not overly familiar with women’s make up nor what is used to apply/remove it however these small cotton disks apparently are involved somehow.  I picked some up at a local grocery store for $1.69 for 80 individual disks. 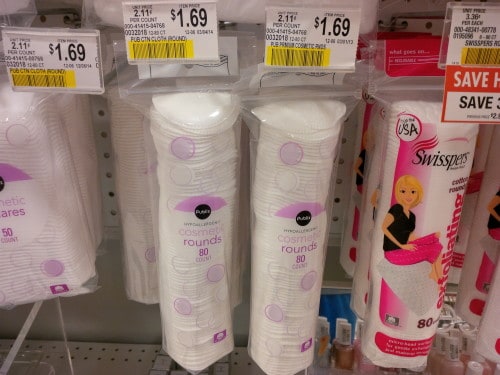 My wife is a candle lover and had several unscented votive candles I “borrowed”.  Using a wax melter I melted one votive at a time. Once completely melted I simply dipped a disk in the max then set it on a plate to cool. I was able to literally stick my fingers in the wax to remove it as the wax was not too hot.

Note: Initially I left the disk for a period of time to soak up the wax. This was a mistake as when I removed the disk it was heavily coated – too heavily coated. More at that in a minute. Dropping the disk in and then removing it right away worked best and allowed more disks to be treated with the same amount of wax. 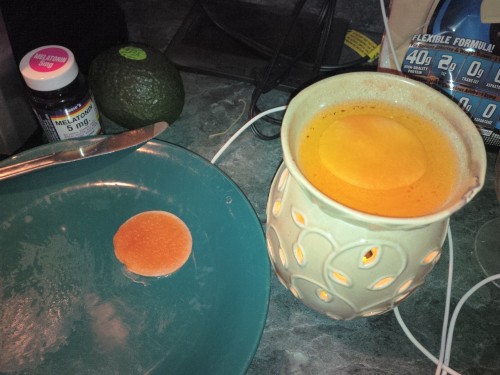 Lighting the disks was relatively easy. The disks lightly coated lit well and burned with a large flame. The disks that were heavily coated were difficult to light. It was basically like trying to light a candle without the wick on fire. The thinly coated disks lit quickly. 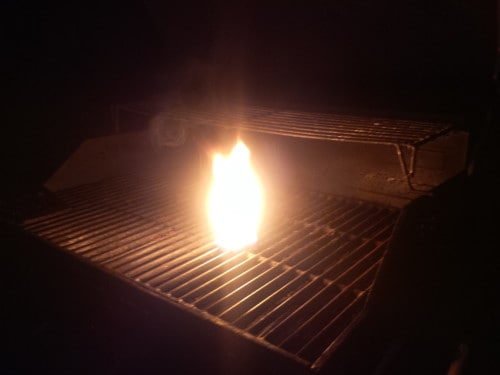 Once the disk was lit the flame traveled across the its face. It grew higher and higher as the flame engulfed it. 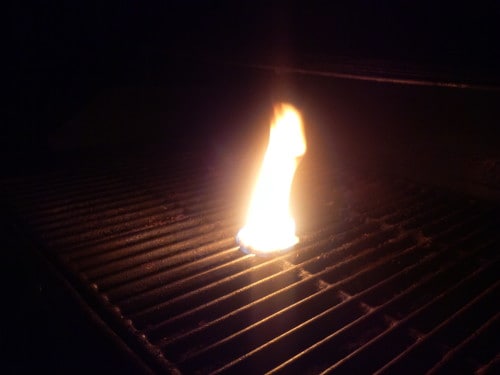 The photo above shows the maximum height of the flame. These disks would really work well set below some tinder and small sticks. The disks also burn for several minutes. How long? Depends on the amount of wax.

Note: I had a heck of a time trying to blow the disk out after taking the pictures. Extremely wind resistant once it is going.

Going to do some additional experimentation. I have a large gallon sized Zip-loc full of them.