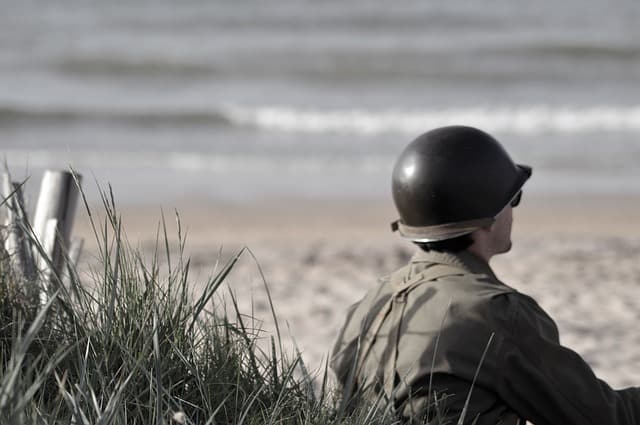 Many of us may not be as informed as our grandparents when it comes to politics and war, but we are still not a stupid people. Freedom is still important to a great many people and there are still many people, especially preppers, who are not willing to just follow along with whatever plans the government cooks up next.

Democide occurs when any unarmed individual or group of individuals is murdered by a government. There are several different types of democide, including genocide, mass murder, and politicide. Whatever side of the fence you might be on when it comes to government, the quote above points out the one thing that everyday citizens on both sides need to understand.

The key factor to democide is similar to the key factor when determining homicide. Was there premeditation? Did the actions of the government demonstrate a lack of regard for human life? Make no mistake, governments may appear to be made up of bumbling incompetents who are lazy and driven by greed but the elite, powerful families, the “wizards behind the curtain”, has become very effective at democide.

The largest democide occurred as a fallout of communism. Although the thought of your government murdering people might be scary and unheard of, it’s really nothing new. Keep in mind that soldiers being killed during battle is not counted as democide.

Here are some events you may have read about or remember, that today are considered democide:

Genocide is the maiming, torture, or killing of individuals by government simply because they practice a certain religion, are of a specific race or ethnic group, or specific language. The term genocide was not used until the 20th century but the earliest documented example of genocide was centuries earlier. The good news is the rate of genocide has been going down since the end of World War II.

Mass Murder is a term used to refer to events where a government indiscriminately kills any individual or groups of individuals.

Many people believe that there is a depopulation effort being quietly carried out by globalists. These efforts involve forced population control that while it does not involve directly murdering living individuals, it does prevent the birth of or terminate new lives.

Vaccines have long been debated due to a recording which was made where a Merck scientist openly states that vaccines provided to Americans had been contaminated with cancer viruses and leukemia, which will result in the death of 1 in 3 Americans.

Chemtrails which are streaks of what looks similar to jet spray in the sky, have long been believed to be government attempts at poisoning the population under the guise of stemming global warming. Chemtrails containing aluminum oxide, barium salts, strontium, and some say possibly even the cancer virus known as SV-40.

Listen to this first-hand account from Kristen Meghan, who was in the Airforce as an industrial hygienist and an environmental specialist who tracked the health hazards that pilots may have been exposed to during their service:

or this one from Ted L. Gunderson, former FBI Chief in Charge followed after his death by his doctor and a colleague, both of whom speak to the fact that they believe he died of bladder cancer that was a direct result of arsenic poisoning.

Toxic Fluoride (a component of bug poison that harms body, mind, and teeth). Though some experts will discount toxic fluoride based on the low levels, what they don’t say is that even minor amounts of fluoride can be damaging you are exposed to those levels from multiple sources on a regular basis. It all adds up and that build up over time can have damaging effects on the human body.

There is growing evidence that a democide event may be planned for the United States that appears to be similar to Pinochet’s terrorist regime. Pinochet came into power in Chile as a result of a coup that is believed to have been sponsored by the CIA. During his reign, 40,000 people were detained as political prisoners and many more simply went missing.

A little time spent on the Internet will reveal video documentation of FEMA camps which appear to be completely set up and ready to receive citizens in need. The only problem with this scenario is that these “camps” are complete with armed guards, high fencing, and barbed wire, which seems to be more preparation to keep people contained inside against their will.

Democide events are still happening today. In 2015, over 4,000 Christian people were killed in church attacks throughout Nigeria. Christians in Nigeria are suffering persecution from the Muslim religious and political elite dominating Northern Nigerian government, Muslim Fulani herdsman, and Boko Haram.

Terrorists overtook the Iraqi Northern region in August 2014. During this process thousands of people, among them approximately 1,800 girls, were taken as slaves. The Yazidi women have had their children taken from them, women have been raped, they have been bought and sold.

Several days ago, 19 of the girls, who refused to submit to their captors, were burned alive in front of hundreds of witnesses.

So what steps can you take to prepare for further incidents of democide?

It is estimated that throughout the 20th Century, all over the world, approximately 100 million people have been the victims of democide. People killed by their own government. We’ve only touched the surface with this article. This is both a tragic and shameful practice that simply must be stopped. The only way to do that is to educate people about what is happening and what to do about it.

Had you heard the term Democide prior to reading this article?

8 thoughts on “What is Democide?”