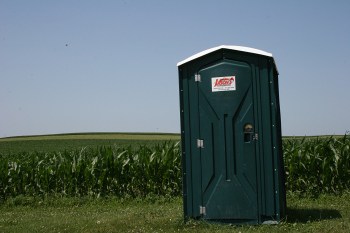 There is well over 7 billion people living on planet Earth and sooner or later they will all have to use the bathroom. In the US, nearly every house or apartment, whether in rich, middle class, or poor areas, is equipped with a bathroom. However, across the world, that isn’t the case. According to my research, there are around 1.1 billion people who have no access to a toilet of any kind. In total, 2.5 billion people defecate outside because they can’t get to an indoor toilet (assume we aren’t talking about hikers here….)

On the surface this might seem like a trivial (and personal) matter that most people do not care to talk about. However, if human waste is not properly managed it will become a problem that has the ability to cause millions to become sick or even die. The problem of eliminating human waste is no small issue and though it is an issue that is often pushed out of the spot light; the truth is that this part of the human condition must be addressed in order to keep people free from disease. I guess, poop isn’t a topic that is formally discussed because of the implication of crudeness and disgust. The main context in which we talk about poop is humor but in an emergency situation, it won’t be a laughing matter. 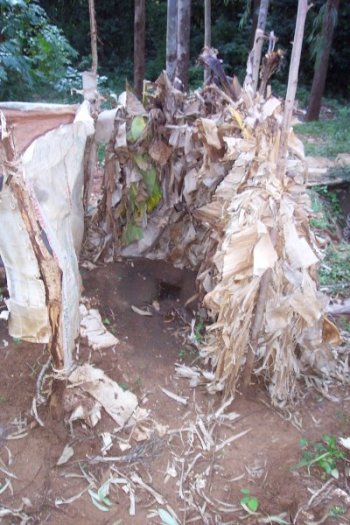 Many people automatically assume that most cities have adequate infrastructure to deal with sewage problems but the truth is that many metropolitan areas have old and over stressed sewer systems that are barely able to perform. In some urban communities throughout the world, government and city authorities are not able to provide adequate plumbing systems for many people. As a result, people use the bathroom out on the streets or in designated public areas. The bottom line is that the sewage problem has to be effectively managed. By the year 2100 there will be close to 10 billion people living on the Earth and if there is not system in place to handle their waste material then millions will suffer.

Based off of those numbers alone, it wouldn’t take much to disrupt the sanitation system.

One of the best ways that cities can improve the sewage system within their area is by correcting the problem on a per family basis. In many regions of the U.S. where flooding is common, sewage systems are often overwhelmed. When an emergency happens or a disaster strikes and many people are left without power, using the toilet could become a nightmare. Municipal septic systems rely on power to keep sewage from becoming a huge problem. Sometimes these systems can fail for as long as a month or more and when they do people can become very ill.

Local government, public waste facilities and private companies offer waste management and removal services to many consumers. Some people use septic tanks to get rid of their sewage. This system involves diverting waste material from a residence to a private outside storage tank that lies beneath the ground. A company removes waste material on a periodic basis after it builds up. Some people are supplied port-a-potties by their government and these small portable toilets are another effective method for relieving waste. Port-a-potties are typically used at major outdoor public events. They can also be used at local residences and companies can also be used to remove this type of waste as well.

So, maybe it is time you get a port-a-potty?

Port-a-potties are also a viable solution for controlling waste because they are relatively easy to transport, set-up, use and clean. As a matter of fact the waste that these structures hold can be eliminated with the garbage. Many families could have a port-a-potty set up on their property for a relatively low cost. Waste manage is critical for all people and especially for a large family that lives off-grid. As a part of emergency preparedness people should be willing to consider having some sort of emergency plan in place for eliminating waste material if sewage infrastructure and systems fail.

If you are looking at a similar situation in a grid-down scenario for your house or community what will you be doing? The wonderful UN has outlined one such design to be the minimal level of sanitation. It consists of a single pit latrine, usually 2-3 meters deep, used to collect and store excreta . The pit is protected with a ring of bricks called a ring beam. A simple concrete slab sits on top of the ring beam and serves as the interface where the user squats and defecates with a structure on top.

As the pit fills up, the waste leaks into the soil and carries fecal organisms and pathogens with it. After 1-2 years, the waste decomposes and the amount of pathogens are greatly reduced. In the end, it requires no water at all and is the simplest of all sanitation systems- most of the assembly is digging a pit.

This post wasn’t intended to solve your specific scenario, but just a reminder that your planning needs to be well rounded.