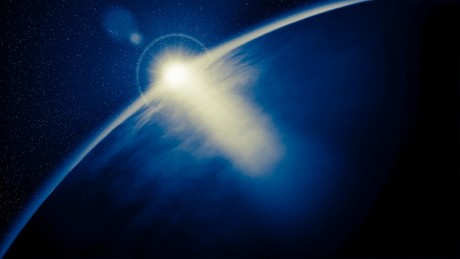 Rourke: This article was originally published HERE over at The Economic Collapse blog.

By Michael Snyder, The Economic Collapse

We witnessed something truly historic happen on Friday.  The Dow Jones Industrial Average plummeted 530 points, and that followed a 358 point crash on Thursday.  When you add those two days together, the total two day stock market crash that we just witnessed comes to a grand total of 888 points, which is larger than any one day stock market crash in U.S. history.  It is also interesting to note that this 888 point crash comes in the 8th month of our calendar.  Perhaps that is just a coincidence, and perhaps it is not.  It just struck me as being noteworthy.  This is the first time that the Dow has dropped by more than 300 points on two consecutive days since November 2008, and we all remember what was happening back then.  Overall, this was the worst week for the Dow in four years, and there have only been five other months throughout history when the Dow has fallen by more than a thousand points (the most recent being October 2008).  Of course we still have six more trading days left in August, so there is plenty of time remaining for even more carnage.

By itself, the 530 point plunge on Friday was the ninth worst stock market crash in all of U.S. history.  The following list of the top eight comes from Wikipedia…

Another very interesting thing to note is that the largest stock market crash in U.S. history took place on the very last day of the Shemitah year of 2008, and now we are less than a month away from the end of this current Shemitah year.

It is funny how these strange “coincidences” keep happening.

The financial carnage that we witnessed on Friday was truly global in scope.  On a percentage basis, Chinese stocks crashed even more than U.S. stocks did.  Japanese stocks also crashed, so did stock markets all over Europe, and emerging market currencies all over the planet got absolutely destroyed.

The following is how Zero Hedge summarized what went down…

Even though I specifically warned that this would happen, and have been explaining why it would happen on my website in excruciating detail for months, the truth is that I didn’t expect stocks to start crashing this quickly or this ferociously.

Normally, August is a fairly slow month in the financial world.  As I have discussed previously, most of the really noteworthy stock market crashes throughout history have taken place during the months of September and October.  So I thought that things wouldn’t start getting really crazy for another few weeks at least.

Financial markets tend to fall much faster than they go up, and I believe that we are moving into a time of extraordinary volatility.  There will be huge down days, and there will also be huge up days.  In fact, the three largest single day rallies in Dow history happened right in the middle of the financial crisis of 2008.  So don’t let what happens on any one particular day fool you.

I don’t mean to be alarmist or to induce panic, but someone needs to tell the public that there is a plausible scenario in which the U.S. stock market now collapses by another 70% until the Dow Jones Industrial Average falls to about 5,000.

It is important to keep in mind that Arends is not a “bear” at all.  He is a very level-headed analyst that tries to objectively look at all sides of things.

I sincerely hope that global financial markets will stabilize for at least a couple of weeks.  But there is absolutely no guarantee that will happen.

So many of the things that I have been warning about on this website and on End of the American Dream are starting to unfold right in front of our eyes.  If I am right, this is just the beginning.  I believe that we are moving into a time of unprecedented chaos, and our nation is about to be shaken to the core.

Hopefully you have been preparing for the storm that is coming for quite a while and you will not be surprised by what is about to happen.

Unfortunately, the same cannot be said for the vast majority of Americans.  Most of them are totally unprepared for what is coming, and they are going to be completely blindsided by the events that will unfold in the months ahead.

The relative calm of the past few years has lulled millions into a false sense of complacency.

If you are one of those that have dozed off, I have a word of warning for you…

Wake up and get ready.