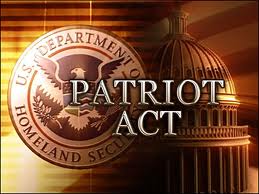 On February 27, 1933 and six days before the upcoming parliamentary election, fire broke out in the Reichstag chambers. Hitler blamed this fire on the Communist Party and called for special legislation to combat the invidious threat to German freedom represented by those Marxists.

“ORDER OF THE REICH PRESIDENT FOR THE PROTECTION OF PEOPLE AND STATE:

Articles 114, 115, 117, 118, 123, 124, and 153 of the Constitution of the German Reich are suspended until further notice. It is therefore permissible to restrict the rights of personal freedom [habeas corpus], freedom of (opinion) expression, including the freedom of the press, the freedom to organize and assemble, and the privacy of postal, telegraphic, and telephonic communications. Warrants for House searches, orders for confiscations as well as restrictions on property, are also permissible beyond the legal limits otherwise prescribed.”

Hitler became the uncontested dictator of Post WWI Germany. The Fire Decree and Enabling Act remained in effect until the conclusion of WWII in Europe and were the legal tools used by Hitler to enact martial law and to establish a one party political system of National Socialists, the NAZI Party.

The US Patriot Act (a backronym, Uniting and Strengthening America by Providing Appropriate Tools Required to Intercept and Obstruct Terrorism Act of 2001). President Bush following the 9/11 attacks on the United States signed this Act of Congress into law. It had a stated life of four years. On May 26, 2011, President Obama signed into law three provisions of the original Patriot Act. Those provisions permitted roving wiretaps (supposedly necessary in this age of cellular telephone), searches of business records, and surveillance of ‘lone wolves,’ individuals suspected of terrorist related activities not linked to terrorist groups.

The Patriot Act provided for the indefinite incarceration of non-citizens, search of a home or business without the owner’s or occupant’s knowledge, expanded use of National Security Letters which permit the Federal Bureau of Investigation to search telephone, email, and financial records without court order, and allowed law enforcement expanded access to business records.

The definition of money laundering was also expanded. Making a financial transaction in the US in order to commit a violent crime; the bribery of public officials and fraudulent dealing with public funds; the smuggling or illegal import of controlled munitions and the importation or bringing in of any firearm or ammunition not authorized by the US Attorney General and the smuggling of any item controlled under the Export Administration Regulations was now illegal.

Original Provisions of the Patriot Act:

I have managed to live long enough these days to be both an observer and student of history. The antecedents to and parallels between the Reichstag Fire Decree and associated Enabling Act to our Patriot Act are so chilling one must wonder if the former were actually used as a template.

Like the wild gander, it seems I am destined to awake in a new world every day. Of late, I hardly recognize the government that controls and regulates my actions and the society in which I live. My father’s WWII generation would have never tolerated the pandering this country does in attempt to placate the needs and desires of other countries. Being better educated in the things that matter, they would also likely accept the conclusion of a grand jury duly constituted of reasonable citizens. Being better educated as a result of personally acting on the world’s stage, they would quickly recognize the parallels between the Fire Decree and Patriot Act and such would have never seen the light of day. Indeed, a Patriot Act would never be needed because retribution post September 11 by peoples of that generation would have been swift and terrible both to the individuals involved and to their governments. That generation didn’t worry much about collateral damage. They fought to win.

Benjamin Franklin said it best, “Those who would give up essential Liberty, to purchase a little temporary Safety, deserve neither Liberty nor Safety (Franklin, for the Pennsylvania Assembly in reply to the Governor November 11, 1755).