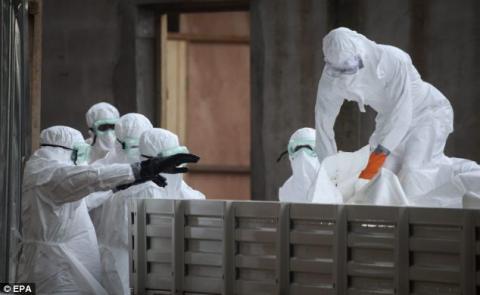 The magnitude of the Ebola outbreak in west Africa, which has killed more than 1,000 people, has been vastly underestimated and will require “extraordinary measures, on a massive scale” if it is to be contained, the World Health Organisation has warned.

The admission came as Médecins sans Frontières (MSF), the medical charity, said the disease was spreading “faster than we can respond to”, and accused the WHO of being too slow to react.

The outbreak, which is the worst to date, has killed 1,069 people, with 1,975 cases recorded in Guinea, Liberia, Sierra Leone and Nigeria. However, the WHO fears the figures are unreliable.

“Staff at the outbreak sites see evidence that the numbers of reported cases and deaths vastly underestimate the magnitude of the outbreak,” it said.

The except above came from an article by The Guardian. Concerning? Very. Are we in danger of a world pandemic the likes of which we have never seen or heard of? Probably not. I believe that the situation is dire in other parts of the world and efforts are being made to contain it. Eventually the current Ebola crisis will be a thing of the past but it will leave countless thousands of dead in its wake.

Then again – I could be wrong. It is a rarity – but it has happened.

Regardless as preppers we do not go off of “probably” very often. The hurricane, the drought, the power outage, the economic collapse probably won’t happen – but we prepare nonetheless. This Ebola threat should be no different.

How to prepare? Well, that is he subject of another article.